Amazon Reviews for Products I Used in Dreams 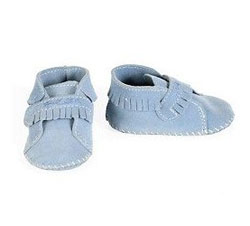 I was recommended these by a tiny Indian chief that crawled out of a vent. He was wearing them and he said I should wear them. He couldn't have been more right! These moccasins are wonderful!

Even though I was normal sized when I placed the order, by the time the great thunderbird carrying them in its talons alighted on my windowsill I had shrunk to the size of a baby. They were so comfortable on my feet that the Indian chief began to cry. He said that I could marry his daughter, but my mother came into the room and tried to stop me. I told her I just wanted to live my life, but she said I had to finish college first, which is weird, because I never finished college.

My dog was watching and he bit her and she popped like a balloon. Then I was in a car and the pedals felt so soft through the fabric of the moccasin. I'm no baby, but I know a good baby moccasin, and these are them.

Who We Are by Lifehouse 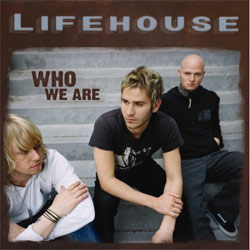 I had never heard of these guys until recently, when I found myself running down a darkened tunnel with them. We were trying to escape a giant lawnmower. One of them is a dragon. I'm pretty sure of it. I can't say how I know, it's just one of those things I know, but he's a good dragon so there's nothing to worry about.

We came out of the tunnel and into the clouds. We were floating and one of them gave me a copy of this CD. There were storms coming and I had this feeling that I had to listen to the music before the storm came. I struggled for what seemed like ages with a pair of headphones and finally I heard the music and the storm clouds just disappeared.

The music sounded sort of like a bell ringing and not stopping. When I woke up I was peeing. 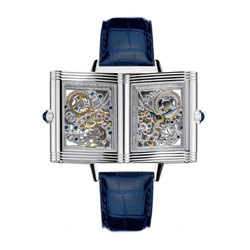 I wished for this watch in a mirror and it appeared on my wrist. It is light as a feather and feels warm against my skin. Cats love it, and every time I wear it I am surrounded by hundreds and hundreds of meowing cats. I feel like I can communicate them, but it's more in ideas and emotions than in words.

I'm not totally happy with it. Sometimes I think this watch has a dark side. When I wake up all of my furniture has been moved around and sometimes I also get the feeling it is laughing at me. I can't take it off, even if I want.

I guess these are the two sides of this elegant watch.