One of my least favorite staff members here at Something Awful is Reid "Frolixo" Abromowicz. There may not be a lot of friction on the front page between us, but behind the scenes we spend hours arguing endlessly and making thinly veiled death threats against each other. One morning while eating grape fruit I suddenly remembered how much I hate grape fruit, and then I thought that it might provide some great comedy for our readers if Frolixo and I aired our grievances publicly. What better way to totally own this fool in debate than to have it out with him on the front page of Something Awful! I knew that he had this moronic idea in his cock-addled head about the Japanese being the most evil empire during World War II. Obviously I am of the opinion that the Nazis were the evilest of all and seeing as how I am totally right not to mention totally awesome I challenged him to this duel of wits in a new front page series called "Bad Versus Worse". I present to you now the first part in our debates on this subject. Frolixo will continue the debate on Saturday, including all new comments from me which should make his usual Saturday update almost ten times funnier than usual. 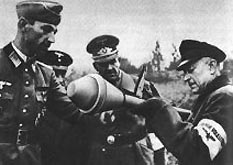 Germans sure aren't evil at all. Look at them teaching an old man how to shoot an anti-tank rocket that is MADE FROM THE EXTRACTED BRAINS OF JEWISH CHILDREN.The Germans are obviously more evil than the Japanese. They started by violating the Versailles Treaty, forcibly annexing Austria and Czechoslovakia and then invading countries ranging from Norway and Belgium to the Soviet Union. They then began rounding up and exterminating Jews, Bolsheviks, homosexuals, people who lisped, and bad drivers.

While I will admit that the Nazis went a little overboard with their whole "kill everybody" thing, the Japanese war atrocities make the Nazi atrocities look like happytime puppy picnic. With the same unrelenting brutality of a Lawrence Welk Marathon, the Japanese Imperial Army marched across China, leaving death and destruction in their wake.

Take the Rape of Nanking in 1937, during which an estimated 300,000 Chinese soldiers and civilians were killed, and 20,000 women were raped. And that was only during lunch.

You want to talk about death and destruction? Let's talk about the concentration camps and medical experiments performed by the Nazis on Jews and Soviet POWs. I read a book called "My Picnic at Dachau" that detailed a Nazi medical doctor who sewed live rats to the backs of Jewish women and then released cats to chase them across minefields. Later in that same book are hideous experiments in Nazi cloning where they impregnated one Jewish woman with a dinosaur baby. Laying the egg burst her open like a piñata full of live dinosaurs. 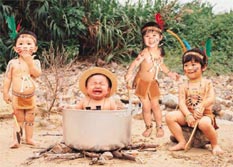 How right you are Reid! Look at these Japanese kids dressed up as headhunters. DEMONIC!You think that's bad? Well during the Tragedy of the Yangtze River, 50,000 refugees were killed trying to escape the Japanese Army. They were shot at while swimming the river, and then baby sharks were released. Any survivors had were forced to have a water fight to the death.

Also, the Japanese doctors were 10 times worse than the Nazi ones. In 1938 they surgically grafted 10 Chinaman together to make a large Chinaman and rode him around like an animal. Chinese legend says this is the grandfather of Yak Ming, but this is probably an old wives tale.

Oh cry me a fucking river. 50,000 refugees? During the siege of Leningrad the Nazis starved hundreds of thousands of Russian civilians. Not only did they starve them, they mocked their starvation. They would drive around with trucks full of bread and sausage and crash them into each other for fun.

They built a hundred foot tall statue entirely out of donuts and then set it on fire for no reason. During the final days of the siege they even flew planes over the city dropping boxes labeled "cake" that actually contained hundreds of centipedes or wasps.

And you think you trumped my medical experiments? Get a load of this one:

In 1944, with the allies advancing from the Normandy beaches and the Soviets advancing through Poland Dr. Heinz Pretsche, operating out of a concentration camp in Austria, developed a song that when played could turn Jews inside out. Only through the efforts of some brave Jewish freedom fighters was the record broken and replaced with another that made Jews grow to gigantic proportions. This allowed them to successfully overthrow the concentration camp's guards. 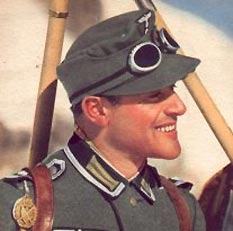 Look at the heartwarming smile of this Nazi who just skull-raped a single mother to death in Norway.That's nothing! The Japanese once shot a high frequency emitting beam at the whole city of Sang-Poo-Ta, making all the female inhabitant into total bitches. Like 24/7 PMS. Eventfully all the men committed suicide by setting themselves on fire in the village square while the Emperor gleefully laughed watching above in his zero.

And what's the big deal about Nazi concentration camps? I think it's way blown out of proportion. From all the photos you see of the Jews during the war, it looks like they would have died of natural causes anyway. It seems that it was a big fad to waltz around without hardly any cloths on, and it's obvious that a lot of them had eating disorders such as anorexia or bulimia.

If the Nazis are guilty of one thing, it's not providing these poor people with counselors for their tragic disorders. Having nudist anorexics living in a lot of their "help camps", must have taken quite a toll on the poor SS troops, so I'm sure a few of them went a little nuts and killed a few million. Don't let a few bad apples spoil the bunch. (That's what my grandma always says. She was Himmler's girlfriend). 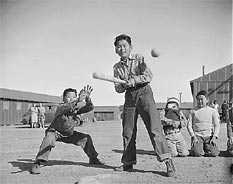 The Japanese even tried to steal our sports from us! What could be more sinister?Did the Japanese have war zeppelins? Okay then, sit the hell down missy. The Nazis nearly bombed London into the ground with their battle blimps. Nothing is more bone chilling than the soft hum of a zeppelin laden with acid bombs and lye torpedoes.

You mention the fact that the Jews were emaciated in the concentration camps, but you imply that it was because they wanted to be. Are you that fucking ignorant of history? The Nazis were ruthless about dietary concerns. They had an almost cult-like belief in the superiority of a zero-calorie diet. They fed the Jews celery soup and made them toil endlessly in poorly ventilated fitness centers that resembled quarries. They forced them to be like that in a genocidal effort to develop the world's most beautiful woman.

My poor, dear, misguided Zack. Your logic is clearly flawed by eating the packaging from the dozens of lunchables you consume daily. Have the Nazi's ever made an entire city do the hokey pokey for Hitler, only to have a huge 1000 ton weight dropped on them? Did the German army go to every restaurant they came across, ordered a full meal with the best wine, and then leave no tip?

Have the Nazi's broke into the homes of innocent civilians and stained their carpets with various liquids that would never come out, no matter how much they steam cleaned it? Huh? Clearly the Japanese are more brutal.

You want to talk about brutal diets? Try eating your weight in rice and then having to run the great wall carrying a hog on your back. Because that's what the poor cobblers of China were forced to do when one of the commanders shoes was not fixed in time. If they could not finish running the great wall, then they were taken aboard the Imperial Naval Battleships and fired from the cannons at American destroyers. Those who did finish were shot in the butt.

A German Panzer Mark III. Not pictured: the road of Russian corpses it just drove on.Let me tell you a little story my naive friend. It's about a German SS General who was leading an offensive in Russia. He had requested cornbread from the larder and when normal bread was provided, from the German's very own stocks, he ordered three villages burned to the ground. That might be like what the Japanese would do, but what he did next illustrates just how much more evil the Germans really were.

The general ordered all of the civilians in an entire city lined up before him and he would shoot every single one personally that did not correctly answer a riddle he asked them. Oh, sure you say, they could just answer the riddles he asked, but the general asked all of them in the programming language Pascal, something that wasn't even developed until the 1970s. Of all of the people in that town only one managed to answer correctly and no one knows quite how he did.

The Germans weren't just limited to random or holocaust-related acts of cruelty either; sometimes their weaponry itself was exceedingly evil.

Let's take for example the Blackapult first used in the Ardennes offensive into Belgium and France. The mountainous terrain was perfectly suited for using mobile high-trajectory weapons, and the Germans had just such an item already in their stockpile.

The Blackapult flung a black man or woman miles through the air and sent them crashing into enemy positions. No one knows why this weapon was developed, it only ever killed the black people being flung, but the Germans enjoyed its use so much that over 500 were ordered for Operation Barbarossa. This order was later revised to five and these were only ever used in parades and military demonstrations.

Balderdash! I'm not finished with you yet Parsons! Your knowledge of WW2 German codpieces might be impressive, but I think you still have a thing or two to learn about killing a lot of innocent people in a variety of interesting ways. I'm calling my Grandpa.

You're a coward. Admit it, you got owned by my superior debate skills, but I'm not done with you yet. I'll take you and your Grandpa into my personal rape room of logic on Saturday.

Thus ends day one of Frolixo's pathetic attempts to defy all common sense and reason, arguing that somehow the Japanese during World War II were actually worse than the Nazis. I can't say what sort of flowery faggot fantasyland Reid has been spending time huffing gasoline in, but I'm about to shit-kick him out of it with my size 13 Nazi jackboot of logic.

Sup dudes, it's me Josh "I LIKE TALKING ABOUT ROBOTS 24/7" Boruff here to calmly inform you that more Photoshop Phriday goodness is now available. This week the SA Forum Goons were tasked with creating religious themed toys. The results were both hilarious and worthy of at least a hundred damnations from every religion in the world, including the ones that don't believe in a afterlife. Why don't you take a peak, you ghastly ghoul? 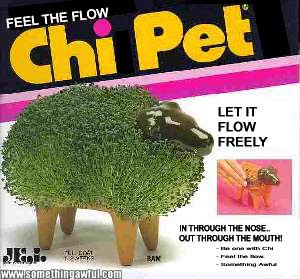 That settles it, you have no choice but to read Photoshop Phriday!