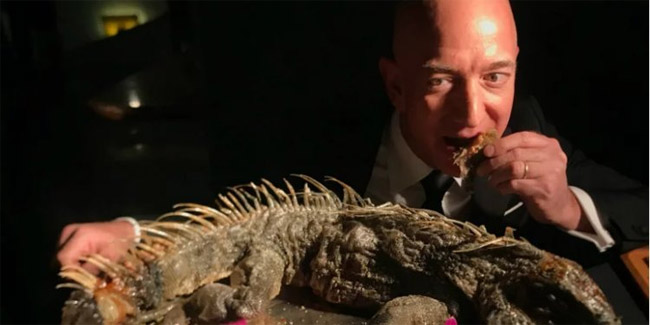 Dear Mr. Bezos,
In addition to the "below the belt selfie - otherwise colloquially known as a 'd*ck pick'" and the nine images mentioned in the previous email, The Enquirer has obtained additional images that you may find interesting. These include:

The Enquirer and AMI hereby demands that the Washington Post publish a front page headline calling Donald Trump "the best and healthiest and smartest president in history" and stating, unequivocally, that The Enquirer is way cooler and better. Also that Saudi Arabia is better than America.
If this is not done in 10 days then the Rasta Banana will be shown publicly.
- Dylan Howard