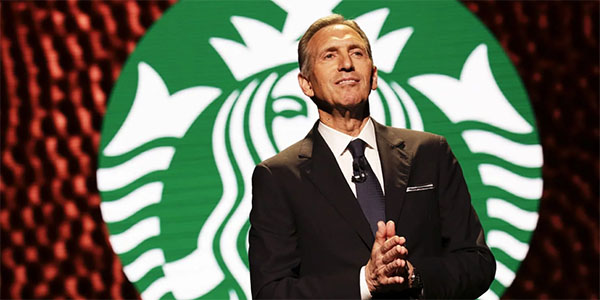 Imagine a world in which we are not beset upon by the many frustrations of our broken political system. Of course, thanks to my immense wealth, I have not experienced the concept known as "frustration" since April 13, 1983, but the many charts at my disposal tell me it's at an all-time high. Healthcare is unaffordable, student loan debt has destroyed a generation, and the general infrastructure of our country is crumbling by the day. To my fellow Americans, I have one simple message: I'm not paying for any of this. And that's why I'm throwing my hat in the ring to be a Presidential candidate in the 2020 election.

I know what you're thinking: "Hey, that's a pretty nice hat." But don't worry, because I can afford several more like it. (Thanks to of all the money I have.) Yes, spending money on things for myself is something I like to do, and I do it often. But now some rabble rousers on the left are saying I should give up most of my income after only my tenth million?

Now, I understand many of you out there might not comprehend just how little money ten million actually is. For instance, between writing this sentence and the one before it, I accidentally knocked my signed 1956 World Series baseball off of my desk, where it proceeded to roll roughly two feet. In the time it took for me to page someone to come in and pick it up, I made more money than you would in three lifetimes--and that's only if you lived to the age of 130 and retired at 128. That ten million adds up pretty fast! And to have 70% lopped off of every cent after that? If I ever talked to any ordinary, hardworking Americans--and I try not to (germs)--I'm sure they'd find that outrageous.

So my 2020 platform is a simple one: don't take my money. The age of nuance is over, so once again let me be clear: my money is mine, and I don't want anyone else to have it. And I'd rather sink one billion dollars into hiring the most intolerable political science graduates for a presidential campaign than see a single penny from my bank account going to repair some dilapidated bridge (they're called private jets, try using one some time) or paying for the cancer treatments of someone who could barely be called a disruptor.

Now, I work pretty hard even though I don't have to do much at my job. Oh boy, it sure is tough convincing people to drink coffee every day at one of our 28,000 worldwide locations! So it may surprise you to find out that I only spend four hours a night sleeping upright in my centrifugal bed. That's because every moment of my life is spent turning my wealth into more wealth, and turning that wealth into even more wealth, and finding places to secret that wealth away from those wealth bandits in Washington. Frankly, it's a full-time job in and of itself, and keeping track of which remote islands still remain tax shelters occupies so much of my memory, I sometimes forget how many cars I own! (Not really: it's 53.)

Sure, you can be happy with your simple little lives, but can you possibly understand what it's like to wake up every day living in the choking pea soup fog of shame and misery that comes with ranking 280 on the Forbes 400? You might think that makes me seem out of touch, but I'll have you know that in order to understand the common man I'll be attending a starvation retreat in Aspen this weekend to fully comprehend the feeling of "hunger." But don't worry, I'll be sneaking in some soaked almonds. Can you even believe some people don't eat 24/7? It's wild.