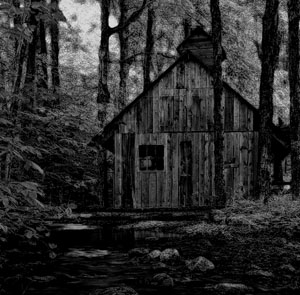 Sure hope life's treating you good over there in California. Mama asks when you'll be sending some gold our way, but I keep telling her we got to be patient and wait for you to strike it rich. I know it's got to happen soon. I heard they found gold in Weaverville, so if you get the notion that Coloma is all dried up, you might try your luck out there.

I hope Mama will let me come out there real soon, but she says I ain't big enough, and besides, she needs me here to help her now that Pa's gone, because she can't rely on his no-good idiot brothers for nothing. I guess she has a point there.

Things back home have been pretty good, except Big Uncle Jack got bit by a snake. Mama was always telling him not to play with his rocks down by the river, but you know there's no talking any sense into that big bullfrog head of his since Pa died. Little Uncle Jack tried to suck out the poison from his leg, but maybe he couldn't get it all because now Big Jack just lies around moaning all day, and Little Jack just clings to Big Jack and sobs at him. Mama told Little Jack that Big Jack ain't fixing to die any time soon, but there's no talking any sense to him, neither, what with his little tiny head.

Hope this letter finds you well.

Hope you're doing well with the gold and all. Don't get too rich out there and forget about me and your old mother. I know it must be mighty hard for you, trying to find little bitty pieces of gold in that giant place out there.

Big Uncle Jack seems to be healing up good in his leg, but I think something is changing in his mind. He still can't talk any better than he ever could, being as how he's got that big giant empty head and all, but yesterday when I brought him water he gave me this funny look, right in my eyes, and for one split second I got the notion that there was some kind of wisdom in those eyes. Like he had some kind of thoughts brewing and he wanted to impart them to me, but I know that's impossible on account of his idiot mind. Gave me the fantods something fierce, though. Little Uncle Jack is still just as mute and terrified as he always been, but he's getting more protective of Big Uncle Jack. He hissed at Mama when she tried to bring Big Jack some pone bread.

Mama had a suitor yesterday, and I don't feel so sure I like that. His name is Arthur and he says he's from the future. Pa's only been buried these six months now, and already she has men paying calls socially? She must be lonely, though, with only me and those two crippleheaded brothers-in-law to keep her company.

Write back when you can.

If you sent any gold out here, we still haven't got it yet. Don't worry too much about it if you haven't found any gold, just keep trying. There's plenty out there for everyone.

Mama's suitor has been coming around more and more lately. He still says he's from the future, but he ain't been able thus far to verify that to my liking. Mama believes him, though, and she says when you send some gold she's going to give it to Arthur so he can fix his "voltaic mirror" and bring us to the future with him.

The big news around here has been that Big Uncle Jack talked. I went to his cabin to stoke the fire so he didn't freeze his big mute head off, and when I walked in the door he looked straight up into my eyes and said "Jesse, the snake gave me powers." Then Little Uncle Jack started whimpering and pawing at Big Uncle Jack's feet, like a dog who wanted to serve his master but he doesn't know how. It made my hair stand on end, and I didn't know what to say. How's a fellow to respond when a man who can't talk talks to him?

I told Mama, but she didn't seem to think it was important that a man who'd never spoken a word in his whole god-damned life just told me something strange and eerie. She's too busy thinking about Arthur and that mirror of his.

I miss you and I wish you were here to take care of all this.