The following letters were sent from Gotham State Penitentiary between the months of September and October 2007. 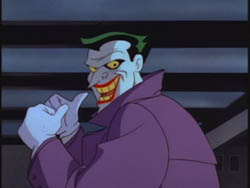 I never thought it would end like this. Jeremiah, you are my little boy and I love you very much and I'm sure your mother would be just as proud of you if she hadn't died from being dipped in caramel during The Great Carnival Caramel Caper. To be honest, Jeremiah, your daddy never thought he'd end up in a real prison like this. After I blew up all of those skyscrapers with explosive yo-yos, I figured it'd be a slap on the wrist, then off to Arkham Asylum where I'd sneak out that screen door in the pantry that I'm still surprised that no one has discovered or replaced the screen of. That door sees more traffic than the entrance to Batman's mom's room! Ha! I'm sorry, Jeremiah, that was out of line. It's just that your daddy is going to be killed soon and he has to keep his spirits up.

Anyhoo, there I was, standing in the rubble and laughing was glee, waiting for Batman to show up as he usually does and say "It's over, Joker" or "I'll have the last laugh" or something completely rehearsed like that. Boy was I surprised when the Gotham Riot Squad showed up and tased the holy jeepers outta me! I'll tell you, Jeremiah, when it comes to your daddy, people often wonder if the carpet matches the drapes, but all that electricity coursing through my body made me look like a plucked chicken--and that includes downstairs, too! 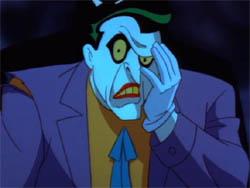 Those feebs threw me into a tiny prison cell and I demanded to know why I wasn't at Arkham. Commissioner Gordon told me that Arkham was in the process of being shut down because that guy who kept getting elected judge apparently had severe Alzheimer's Disease this whole time and was responsible for giving serial murderers sanctuary for the past twenty years. The "insanity" plea had been abolished without my knowledge and apparently a bounty had been put out on all Arkham escapees, me being numero uno. Because of my link to 1,033 murders and one case of sodomy (the latter was part of a plan to lure Batman to the abandoned jungle gym factory), I was given the death sentence and will be executed by lethal injection at a secret underground prison in two weeks. Can you believe that? I was absent at my own trial and I couldn't even use that whole "Order in the court! / I'll have a ham sandwich!" line.

Oh, phooey. Jeremiah, your daddy is in quite the pickle. 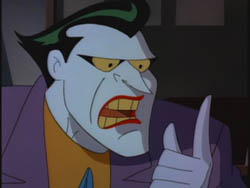 Oh, Jeremiah, there's been not much to do except sit around and wait to die. It's kind of like going to one of your softball games! Ha! Once again, Jeremiah, I'm sorry and now is not the time for jokes.

I met my cell neighbor, a Mr. David Murstead today. He asked me what my technique was and I said that it's pretty standard: using a cotton candy gun to make my victim immobile, then finding one of Gotham's 19 condemned amusement parks and hanging the unfortunate sap from a decaying ferris wheel or a Tilt-O-Whirl that had been improperly maintained. David also wanted to know about that laughing gas I'm so famous for, so I filled him in on daddy's civil suit from a few years ago. Who would have known that stuff caused so much breast cancer?

I'll tell you, Jeremiah, these criminals in real prison aren't nearly as imaginative as my buddies in Arkham. I asked David how he rubbed out his victims and he said he bludgeoned them to death with a frozen mattress, then he had sex with their dead bodies and ejaculated on the mattress. Ick! If this simp's style was so crude, surely he had pillow-costumed henchmen or a moniker like "Death-tress" or "The Crafts-Murder Adjustable Bed," right? Wrong-o. Seems like Mr. Murstead is just your run-of-the-mill murderer/rapist. At least when Two-Face did stuff like that, he had a gimmick.