My Bloge of Yearnings of Days Past 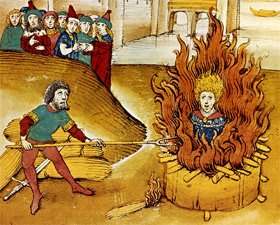 Do you recall when Old Henk the Wizard was burned in a cauldron by the church? Oh, brothers, it was hilarious. He claimed he was not a wizard at all, but only a man studying herbs in the forest. He said he was Swedish, but who has heard of such a place?

The games were of course much simpler back then, without all these newfangled hoops and sticks the children of today are lavished with, but I maintain a considerable fondness for the classic stone roll. I was best among all the boys and could roll a stone the size of a moor's head down the hill and score a doozy every time.

My lads and I used to also enjoy a good bird catch. Seizing a pheasant or quail with both hands is no easy task. Of course there was that one summer where me and Bozor and Wittcomb and Dane-son Joffrey mistakenly chased a pigeon onto the King's land. The sheriff caught us and accused us of poaching. Myself and Joffrey made our getaway, but poor Bozor and Wittcomb were run down and caught. They ended up dragged behind oxen through the village and hanged by their entrails from the church's steeple. 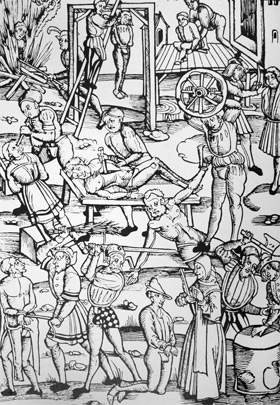 Remember the hilarious clothing everyone used to wear? Those shoes made from leaves to try to keep the worms out of our feet? Haha, that never worked, did it? My mother always dressed in a red tunic to entice soldiers to lay in her bed. I'll never forget when my brother Hathrick managed to dye his sackshirt blue with poisoned berries. Of course he had leprosy at the time so the poison juice saturated his blood and he died, but for that one day he thought himself a prince.

The decrees! Oh, I nearly let them slip my mind. I do not know if you had decrees in your area, but on the Lands of Lord De Monthrose every day a new decree would be announced and hammered into the board near the town hall. Of course none of us could read, but he had this terrible artist who would illuminate the decrees with men and women to depict the meaning, but the artist was so bad everything resembled goats either fighting or lying down together.

This might explain why our village was decimated by flogging related deaths and most of the yeomanry spent their days pecked at by vultures while they languished in stocks. Not I. My lads and I were too quick for the sheriff, not including that one time I mentioned previously and the time when the sheriff set his mastiff upon us and several boys and girls were devoured whole.

Remember how the plague dead used to lie in heaps in the road? What was that about? Ha ha. Who thought that up? I mean, the dead still lie in the road, but there are not so many now. I remember spending hours playing with dead bodies and chasing my lads about waving severed arms. They all caught the plague, but I didn't. Guess I'm just lucky. We had a lot of fun though.

Ah, those times were so much simpler. I will miss them as I will miss my mother, father, brothers, wife, nine of my eleven children, second wife, and mother of my twelfth dead child.

Hey! Zack Parsons here. Some guys are turning an article I wrote 5 years ago about a fake Wes Craven movie called The Blood Grinder into an actual movie. Called the Blood Grinder. Again. I don't know why they're doing it, but I'm sure they have their reasons! Please support their Kickstarter and check out their videos.