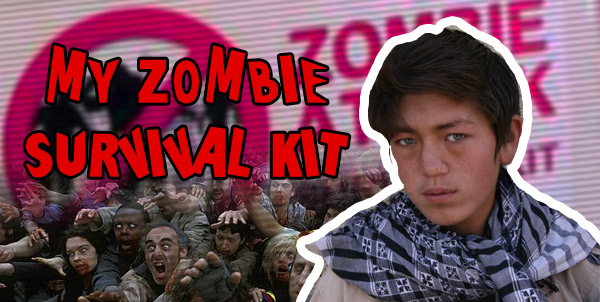 If the movies and video pass times I have heard described to me are true, and the grainy video CD bootleg of Diary of the Dead I watched on my friend's television before it was taken by the Taliban is also true, then the zombie apocalypse is inevitable. I have made a kit with which to increase my chances of survival. It contains: 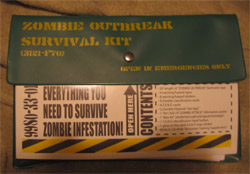 Grain, one kilogram. It is all I could spare. Placed into a plastic sack to keep out the grain worms. They are the worst worms.

The casing of a tank shell that can be used as a pot. This shell did not kill anyone I cared about.

A length of rope. You do not know when you might need rope. It was three meters but my brother Aziz required two meters for his wife's funeral shroud. I can perhaps tie this to a door to keep it closed if I find a building that has doors.

A woven rug to sleep upon given to me by my mother who disappeared when I was five.

Plastic water bottles thrown at us by American soldiers driving on the road. These are good for water. I had to trade some for the grain bag, but that is okay I do not have enough water to fill them all.

My collection of Star Wars figurines. So far it is only the 680,000 Phantom Menace Watto figurines I discovered in a pit and also half of a Storm Trooper, but I am working on this. 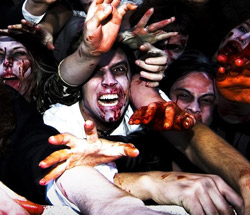 A sheet. It could be made into a robe, it could be used to make a tent, it could become a funeral shroud, although I must remember to "put one in the head" of all zombies. This I learned from the book Pride of Prejudice Zombies.

My gerber multi-tool. This is what I call the tool made out of a Gerber baby food jar. It is like a cup, broken on one side, so I can drink out of it or I can cut things. Also it is good for trapping beetles which you can then watch for amusement.

I have brought a shovel I have sharpened on one end. This I use to kill goats when it is time to eat a goat. It is very sharp and can decapitate them so I am thinking this could also decapitate a man, although I have not tried.

The Qur'an. Mohammad is a prophet to both mankind and the jinn. Perhaps he also is the prophet of the living dead.

My manga collection. I do not know what this is but I always see this listed on zombie survival kits so I am in the process of figuring it out. Will check back in soon. 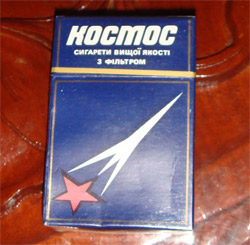 I have threaded garlands of poppy flowers to place around the necks of the first zombies that shamble into my village. "At last," I will cry out when I see them, "peace can be found throughout the land. Our brothers and sisters have returned to us!" Yes, they have returned to bite our necks and faces and wander around in our fields, but here are two facts I have learned about zombies: they do not have religion where dancing is bad and they do not have AC-130 gunships. Of course I will not hang the garlands on their necks if they are fast zombies or 28 Days Later zombies, which are not technically zombies, but are living humans infected with the rage virus.

Cigarettes and Russian pictures of pornographies to trade with mercenary zombie hunters.

I have my Pakol hat which was given to me by my uncle and which is lucky. He was wearing it the time he visited Kabul and the car bomb blew up and he was untouched. Later he was not wearing it when he visited Kabul and a car bomb blew up and he was highly touched. Extremely well-touched. So his hat was passed to me and I believe as long as I wear it I will be armored against death. Particularly car bomb death.

I may add the WWI rifle we keep buried in a hole behind my house. I have no bullets for it, but possibly I can trade for some smaller bullets from the neighboring farm and sort of pack them in the gun with wool.

If zombies come to everywhere I think I am in pretty good shape. I am worried about the possibility that zombies will come only to Afghanistan. If they do I think I will spend my time writing stories about how bad the zombies are, even if the zombies are peaceful.