Canada: Party Capital of the Universe 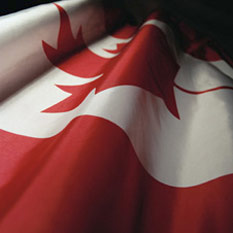 Oh, Canada! When it's time to party, you will always party hard.Growing up in these United States I always considered Canada barely more than a punch line to a tired joke. They were "Lil' America" living in their big brother's shadow and producing almost nothing of interest outside bacon, hockey, and a few low quality beers. Sure, Canada had the occasional oddity like "Kids in the Hall" or "Kids in the Hall: Brain Candy" that drew interest to the cold nation to our north, but by and large we just sort of ignored them. Occasionally an American sick of the government here would complain that "if things get worse" they're moving to Canada, but barring the activation of the draft they rarely followed up on their promise to flee.

Canada's metamorphosis into something more totally awesome has been gradual. For a long time the drinking age has been lower in Canada which has made it a hot spot for teens drifting across the border and buying cases of beer. Teenagers will never make a party capital though. They know how to get drunk, vandalize, and maybe give each other hand jobs next to the dumpster at McDonalds, but it takes at least part of a college education to really found a party capital.

Recent progress in Canadian legislation has brought the college kids in droves thanks to the decriminalization of marijuana and the legalization of gay marriage. You might think the pot smoking makes sense but the gay marriage has nothing to do with being a party capital. Let me be the first to tell you that nothing fucking rocks harder than getting stoned until your lungs are bleeding with some of your buddies and then stumbling over to a wedding chapel and then marrying the fuck out of each other.

The best part is that most of the United States doesn't recognize gay marriage, so when you stumble home all red eyed you won't have to tell your girlfriend that you married Bill on Saturday. These two things have gone a long way to making Canada officially awesome, but the Great White North still has a long way to go in other respects. Luckily for you fellow party animals, we have a contact in the Canadian federal government and he has given us the inside scoop on what to look forward to during your next trip to Windsor, Ontario.

If dinosaurs can have this much fun maybe you should consider Canada too!Being drunk, high, or both is awesome, but even more awesome than that is being drunk and high at 90 kilometers per hour. This bill will repeal the laws prohibiting driving while intoxicated and replace them with a merit-based reward system similar to those seen in "Death Race 2000" or "Carmageddon" only more integrated into the framework of society. Kill a pedestrian and you'll get a check for fifty dollars, kill a whole family and you'll get a thousand, and so on with the ultimate prize being killing an entire bus full of orphans with puppies on their laps. If you manage this kill you will immediately be elected president of the new Canadian province, created in your honor, known as Radlandia.

Bill 34467h-4576a "Government Subsidies of Bestiality"
You can't spell "Party Animal" without the animal and Canada hopes to promote this idea by offering government subsidies for bestiality enthusiasts. Purchasing domesticated animals for hardcore sex can be prohibitively expensive once you take into account things like transporting them, housing them, and training them not to crush or bite you during intercourse. By offering vouchers Canada will allow citizens to purchase animals from the vendor of their choice and even offers additional subsidies for the importation of particularly rare and unusual animals. For example if a man wants to fuck a moose he will receive a government voucher for close to 1200 dollars, which I can attest amounts to over a third of the cost of acquiring and training the moose. Another woman wants to fuck a Bolivian Tree Bat and would receive a voucher for almost 9000 dollars including additional money for the purchase of multiple bats in the event that one or more die in transit or before they can be inserted into the vibrating bat tunnel terrarium. 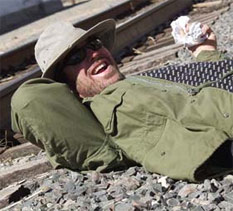 Get ready to kiss your non-working hands goodbye John Q. Homeless.Nobody likes the homeless - not even the homeless - but if the video "Bum Fights" proves anything it's that exploiting them for our own amusement is a moral obligation of our modern society. Canada intends to take this a step further with a new bill that will completely legalize the mutilation of hobos. You can coerce them to mutilate each other by offering them spare change or you can take advantage of a number of hobo mutilation booths being constructed throughout metropolitan areas. These booths will contain things like surgical equipment, fireworks, battle axes, saber saws, cigar cutters, and giant hammers with blasting caps glued to the end. All someone has to do to mutilate their homeless person of choice is beat them unconscious, drag them to the nearest mutilation booth, and set about slicing and dicing their face, hands, genitals, or whatever else might strike their fancy. While this might seem a little bit inhumane, particularly when animal cruelty will still be illegal in Canada, you just have to remember that dogs and cats can be owned. That means they're property, but slavery is illegal so homeless people are worth less than a gerbil.

Bill 34522k-35c "Institution of National Wet T-Shirt History Month"
Wet t-shirt contests have an epic history, and while many countries have contributed more to this history than Canada none have yet stepped up to the plate and devoted a day to this proud tradition. Canada isn't just stepping up to the plate; it's stepping up to the plate and shooting orbital lasers through the entire stadium by devoting an entire month to wet t-shirts. The month is likely to be July and according to Canadian officials "even in the middle of summer, our weather is guaranteed to keep all nipples diamond hard". Canadian schools will also spend the month reflecting on and studying the importance of great wet t-shirts throughout history. Did you know that the first wet t-shirt contest was held in Egypt in 1,840 B.C. when the priestess Shakhumet poured a clay pot containing oils onto her clothing and gyrated before an audience to honor Osirus. 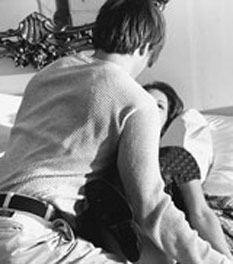 Date rape is simply fulfilling one end of a contractual obligation.Canadian welfare and public assistance is absolutely out of control, but Canada is the kind of country that doesn't mind wasting vast amounts of money as long as everyone is having fun wasting it. In fact, Canada intends to force everyone to have fun with it by making welfare recipients use the public assistance money they receive to purchase either jello shooters at bars or amyl nitrate from government dealers. Obviously, those who are on welfare and homeless will probably be mutilated to death within a matter of weeks anyway, but for the lucky few who own homes and are on welfare it will be a non stop orgy of drunkenness and hardcore sex.

Bill 34582a-35c "Decriminalization of Date Rape"
Rape is such a harsh term. I won't dispute that rape happens and it's bad, but every Canadian knows when a woman goes out on a date with a man she is entering into a verbal contract to be sedated and sodomized before the night is over. Canada is seeking to legislate away the stigma associated with drugging and molesting your date by making it legal! In the dating paradise of Canada as long as a woman is willing to put herself in a position where she can be drugged then she is willing to sleep with you. Men beware, this goes for guys as well, and if you go out on a blind date you're pretty much asking to wake up in an Arabian Sheik's harem.

Fill the trunk up with booze and drugs and coast across the border with me into the party animal's paradise of Canada! I personally plan on setting fire to an entire field of marijuana and then running around waving a blanket towards my face until I collapse from sweet, sweet asphyxiation. With the THC throbbing in my veins nothing will go down better than a few crushed tablets of rorhypnol stirred into my sex on the beach. Hopefully I'll wake up wearing white with a ring on my finger, my new hubby laying next to me, and a mutilated hobo with priapism tied to the underside of a mule locked in the bathroom. God bless Canada.