Dear Uber: You Call That a High-Speed Chase? 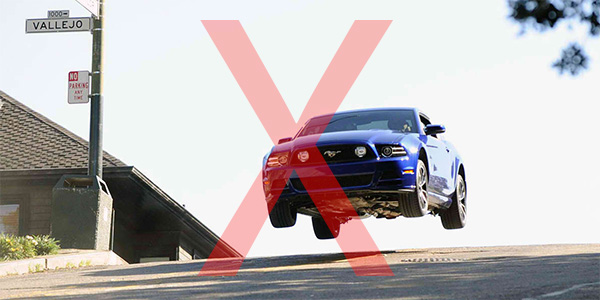 I have used your service multiple times over so-called "licensed, insured, and state-sanctioned" cabs for the many advantages you provide. Lower rates, a genuine feedback system, the greater likelihood of having a white driver-these are the reasons your company has grown so quickly over the past few years. But after my last ride, it became all too clear that, for just a few extra dollars per ride, your drivers could receive the proper training to ensure once-in-a-lifetime occurrences like mine don't end in disappointments that continue to disrupt my sleep with frequent night sobs weeks later.

Yes, I don't expect every Uber ride to suddenly transform into a high-speed chase. And as far as I know, it's only happened to me. But I certainly wasn't expecting a ten-minute ride to the dentist to become a one-hour, no-stakes trip to Boredom City, USA-and I'm not talking about Dayton (just some Western Ohio humor for you)! Minor point, but maybe a little warning would be appreciated? I'd worn the Snoopy sweater my mother bought me for Christmas that day, if only because I didn't want any of my other clothes covered in bloody drool. But I guess when a guy shows up on all the local news stations wearing that thing, suddenly that's his identity! The boys down at the shop came up with a real cute nickname for me thanks to that monstrosity: "fucking worthless limp-dick clown asshole." It's going to be a while before I live that one down, I'll tell you that.

True, I probably should have thought something was up when my driver answered his cell phone, and immediately started bellowing the f-word for three solid minutes. Okay, maybe my suspicions should have been raised when his second phone call consisted of weeping fits occasionally interrupted by "I love you, baby." Okay, you got me: When he started taking sharp breaths and muttering "You can do this" under his breath, a few warning flags should have popped up. But I'm a trusting guy, so I didn't think twice about my driver stopping at a Wells-Fargo to visit a "sick uncle," so sick in fact that he had to breathe through a mask fashioned out of pantyhose just to be admitted to his room. Why did this uncle live in a bank? That was between me and my new Clive Cussler novel, since I was eight pages in and there was no going back.

What happened next nearly passed by my eyes too quickly for me to criticize it. Mr. Driver comes stumbling out of the Wells-Fargo with a huge burlap sack, comes over to the passenger side, tosses it in through the sliding door, and doesn't slide across the hood to get back to the driver's side? Yeah, okay. Wake me up when amateur hour's over. And not even bothering to take me hostage? Thanks a lot, pal. If you followed typical high-speed chase protocol, I would have spent the next 60 minutes with the barrel of a gun pressed to my temple! And that's a small price to pay for the millions I could have made selling mass-market books through Sam's Club about how Jesus got me out of it and also helped me with my drinking. Well, I was never put in any direct physical harm, and I'm mostly known for sporting the "Joe Cool" variant of Snoopy on my torso. Tell me, would you buy a book written by a guy like that? Unless it was called "Confessions of a Fucking Worthless Limp-Dick Clown Asshole," you wouldn't. And even then, I'm not even sure you would-believe me, I've thought about this.

So yeah, maybe you can tell your drivers that, in the event of a high-speed chase, maybe don't consider cruising down the commercial district during lunch hour if you have $30,000 in the backseat and six cop cars on your tail. Honestly, I really shouldn't have been able to get out of that van, grab some Yogurtland, and jump back into the passenger seat like a felony wasn't currently in progress. And when I started shoveling that Despicable Me 2 "Minion Mango Madness" into my mouth, I couldn't help but think of the stories I'd have to tell if that uninformed driver had jumped on the freeway, as I advised. I mean, hasn't this idiot ever watched Lethal Weapon 4? Enclosed you will find a copy of this very movie. Please be sure that your entire fleet of drivers watches it, and takes note of how street-surfing on an end table is much less intimidating than it looks.