Power and lights are out and the ship smells like smoke. This isn't too bad, but I sure hope they fix it soon.

The Filipino laundry hands formed a cargo cult in the Pinnacle Steakhouse. They dressed like wizards in blue tablecloths and chanted to an idol made out of Red Bull empties. They believed that their god would restore the power and recharge the soda fountains. They were drunk on hot Riesling and spoiled yogurt when we attacked. They knew some crazy island karate, moved like snakes, but they were no match for us. We overpowered them with sacks of doorknobs, killed their leaders, and demanded loyalty oaths. We control the Pop Tarts dropped from the USS Ronald Reagan.

Goddammit, we're still Americans. All of us together. Didn't we learn anything from 9/11? We don't do this! We don't steal the women!

There are other gangs. Worse gangs. The worst are the Jamaicans and Haitians. They hate each other, but they hate us worse. To them we're Happy Ghosts. Not so happy now.

They're called the Chucks. Dressed in their white shorts, bare-chested, faces smeared with blood or compote. It didn't matter. They carried chair legs and knives from the kitchen. They controlled the oxygen bar and most of the white women. We fought them for the croissants and protein bars, our numbers greater, but in the end we lost too many and had to pull back. 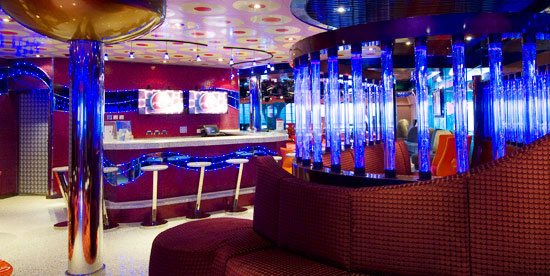 The helicopters stopped coming at night. Too dangerous. Some of us went down below to try to fix the engine. A guy named Tom from Indiana had a motor boat. Said he was pretty good with a hammer. The doors were bolted and the engine room crew had slaughtered each other in a machine orgy. Fed themselves into the gears. The sickly smell of their death was unbelievable. We tried to force the doors but there was something else down there with us. The Mexicans maybe. They moved through the darkness and took the stragglers. We fled and reclaimed the decks.

The Serenity Loungers and Mini-Golf course are still ours. We can wait them out. There are worse things than dying from exposure. 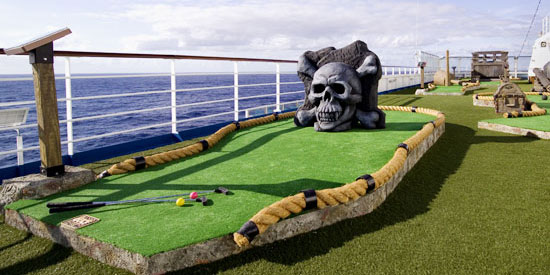 The toilets are dark and still like pools of blood. Not a flush in 13 hours. The smell is worse than Beirut in the 80s. Any deck below three is unlivable. After five it is a Golgotha of digested zebra cakes and corn nuts. You might as well stick yourself in the main pipe with a hepatitis syringe.

We started moving again on Tuesday. Or was it Thursday? Nobody knows anymore. Nobody can remember. I can't count the number of times I've drank my own piss. I have an old apple core I hold up to my nose and inhale when I drink it. Almost works. Almost.