Guide to Betting at The Cheltenham Festivus: 2015 ed.

The Cheltenham Festivus is the UK's biggest horse festivus. Since the 1800s, Cheltenham has been held every March in a small British hamlet that is coincidentally also named Cheltenham. There are horse beauty pageants, horse-dogs, horse merry-go-rounds for the kiddies, and of course, the races. While these races were initially created so that the idle rich could trick each other into wasting their time on foolish pursuits, today they flourish as a catalyst for angry people who love gambling and becoming steadily angrier throughout the course of four days.

The Cheltenham Festivus is a great way for first-time gamblers to get acquainted with the stupid pastime. However, all the terminology and the different horses can be confusing for novices - that's why I've put together this guide! Whether you're a beginner or a veteran, you'll find something to help you here, though admittedly more so if you're a beginner. 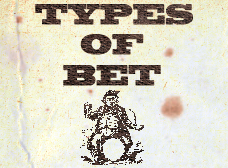 Regular: You give your money to a bored man and sometimes you don't get all of it back. I forgot the most important part: You have to write down a horse's special name on a piece of paper and never lose it.

Each Way: In these bets, you win if your chosen horse comes first OR second OR third. These bets are generally considered overtly casual by the "hardcore" betting crowd.

Double: Just like a regular bet - except it's double the fun.

Lucky 15: This is the exact same as a regular bet, except it's luckier! Bookmakers HATE taking these bets because they're so easy to win, so if you want to place a lucky 15 be forewarned; the cashiers will likely put obstacles in your path and throw pens and stuff at you to stop you from getting to the counter to collect.

Lucky 31: The same as lucky 15s, except instead of being written on a 15" card docket, these bets are written on 31" card dockets. Great if you're betting on a horse with a really long name. 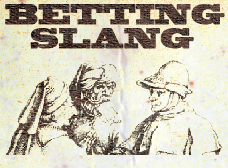 Wicker basket: A small basket used for storing bets - usually NOT made of wicker

The little death: Winning at a bet

Asshole fucking cunts fucking GOD DAMMIT FUCK: Ah; I am disappointed that I have lost 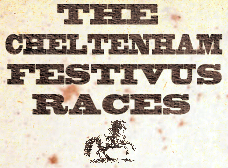 Standard Race: The standard horse race. Just ordinary - nothing special about this one.

Double Race: Just like the Standard Race, but with a twist - it's twice as long.

Supreme Novice's Hurdle: This race is notable for being the opening event of the Cheltenham Festivus, and also because it's for real jackasses who can't ride horses. The shortest meeting at Cheltenham, the Supreme Novice's Hurdle usually concludes with everyone getting a glass of warm milk and having naptime while the adults start the actual horse racing.

Champion Hurdle: The Champion Hurdle sacrifices the usual horizontal traversal of obstacles for pure vertical movement: It's a single 50-foot-high hurdle, winner take all! No horse has ever successfully cleared it, and as such the Champion Hurdle has resulted in a yearly 12-way tie since 1860.

David Nicholson Mare's Hurdle: David Nicholson brings all his mares to the racetrack and everyone picks one and races. He's only got 11 this year so some people are going to have to take turns.

No-Gamble Hurdle: Started by Scottish Presbyterians in 1896, the No-Gamble Race is the only race at Cheltenham on which gambling is prohibited. No one likes this race. Sometimes the jockeys don't even show up.

Triumph Hurdle: Established in 1939. Exclusively contested by juveniles. Distance is approx. 3,420 meters, with 8 hurdles on the track. Unique among the Cheltenham meetings, as the winner is actually the one who crosses the line last, instead of first. Recommended for advanced gamblers. 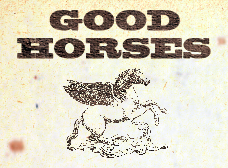 Name: Gentle Ben
This horse is one of the best horses. It was primed from fine seed and shot into an extremely athletic mare, and it eats only the finest oats or slop or whatever horses eat. Maybe it's corn? Horses are ridiculous animals.

Name: Gentle Ben 2
There's one thing that sets this horse aside from all the other horses - its complete genetic parity to Gentle Ben. Definitely recommended for any forecast betters.

Name: BillNTedXlntAvntr
This horse is nothing special on its own, but its trainer has arranged a secret weapon - a tiny man who can sit on top of the horse and hit it.

Name: Beautiful Actress Horse
Wow ... this is a real glamour horse. A singing beauty. I love it so ... keep an eye out for this one and your eye will thank you. 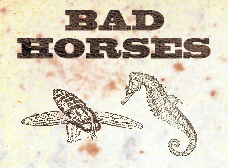 Name: Robocop [The Remake]
This is a total clown car - a real garbage animal. I wouldn't waste the electricity it would take to abattoir this toilet. Bet on this horse if you want to lose all your money, or if you want to make a satirical statement about late-stage capitalism.

Name: Miley CyHorse
This stupid fucking horse will probably turn around and run the wrong way around the track. It can eat a big crap for all I care

Name: World's worst horse. Hate it
Pretty much the same as all the other horses. they're horses.

Name: Fast Horse
Fast Horse is well known in racing circles for being the most bet-upon horse in racing history. Betters beware! This horse is NOT fast. It's never won a single race

Name: Worldstar
Horses are basically just stupider versions of dogs that die instantly for improbable reasons. Oh durrrr i just saw some wind blow a leaf off a tree ... time to buck my jockey off my back and run into a tiny fence at 100mph, shattering my body into a million pieces and requiring me to get killed by a shotgun. You know some people bet on these as their regular job?

Thanks to Ian "BFM" Helm for the graphics. He also handles the layouts for Monstergeddon and writes/illustrates the Groggery Gibbonman series. His current project is a Choose Your Own Adventure thread called "You Have 001 Goblins"; you can join it in progress on the SA Forums!