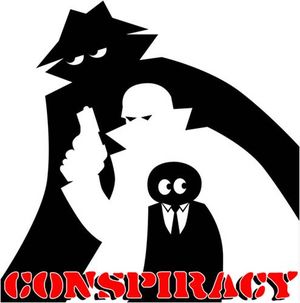 Conquest is everything, Carlyle thought. Possession is nothing. Once the world is completely under your control, your entire life becomes one endless nightmare of management. That was the tacit understanding that allowed the many global conspiracies to coexist. Oh, they came up with all sorts of excuses for failure, those shadowy head honchos lying through their cigar-stained teeth, but this was the truth. The conspirators, all of them, allowed themselves to be inefficient because they feared to win. If they won, then there was no more need for secrets and excitement. They wouldn't be agents of the Secret Government, but only glorified managers.

Carlyle, however, was already a glorified manager, and he didn't mind the job. He had seen a weakness in the system, and now he couldn't unsee it. All it would take is one efficient agent, one who didn't mind doing the busywork and sweating the small stuff, and that agent could take the entire lazy conspiracy system by storm. That agent could rule the world.

So, ok, no more lazing around like all the rest of those bums in Thought Acquisition. From here on out, he would be the hardest worker in Worldwide Conspiracy Inc. He threw aside the paper.

"Hey, uh, you," he said. The assistant scratched his chin, casually indicating a laminated name tag hanging around his neck. Carlyle didn't notice. "Put the president through and fast! Let's not keep him waiting any longer."

Efficiency. The bane of all governments, secret or no. The world would soon be his.

When: Very recently.
Where: See below.

It's a dark room in a dark house in a dark town in a cold, cold universe baby. In it sat a man who had not spoken in thirteen years. He was drinking a cup of coffee and reading the day's headlines like a man with complete amnesia looking through his childhood photographs.

Author's note: Goddamn look at this stuff. That 'graph is smoking. I gotta start writing while drunk off my ass more.

RIIIIIIIIING went the phone, chasing silence out of the room.

The man set down his coffee and paper neatly next to each other and picked up the receiver. Then he said nothing at all.

"Hello?" said the voice on the other end. 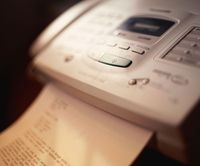 The man hung up. Silence settled back in, annoyed at having been disturbed. Then the fax machine started grinding and beeping, and silence stormed right back out again. The man did not move until the fax machine came fully to rest, then he unfolded himself in one slow stretch and retrieved the paper.

On it was a picture with a name underneath, and an amount of money written underneath that. The man looked at the paper for a long time, then crumpled it up and tossed it into the basket. He threw on a coat and heaved a large black bag over his shoulder. Somewhere, maybe from the bag?, something was buzzing loudly. Out the door went the man and the bag and the buzz, out into this dark, dark world of ours, baby.

Left behind in the wastebasket, the crumpled fax had served its purpose. It could rest easy with a job well done. But first we need one more thing from it. Let's look at that paper again, see what name was written there, below the picture and above the amount of money. Look: the paper said Junior Junior Agent Brad Mulligan.

That's what it said.

Author's note: There's so much foreshadowing here, that even I can hardly wait to find out what happens next. Ask your local newsstand to hold a copy of the next issue for you! And then when he tells you that he doesn't actually sell webpages, just keep checking back here daily until you get your next fix. Until then...farewell gentle reader.