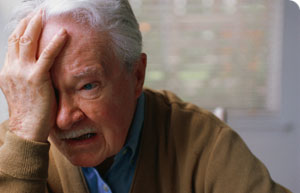 I used to be just like you, only not quite so fat and I was better at checkers. I was ashamed of my past. Afraid of the future. Resigned to the familiar drudgery of the depressing present.

My love life was in a shambles. I had rejections, a string of unrequited loves that I laid awake at night uselessly pining over, and once I even got caught in a bear trap. My first relationship (which came at the age of 21) was a disaster. It was love at first sight but unfortunately I was standing pretty far away and didn't have my glasses on, and the girl turned out to be a couch. The fact that she was unattainable made me want her even more. The lustful abandon with which I pursued her that balmy summer set a once-peaceful southern town on fire with controversy and also fire. She burned to the ground that day, along with my hopes for a normal life.

Or so I thought. 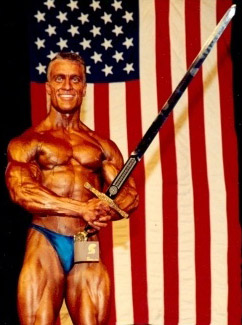 Now things are different. I am an adonis. My rippling muscles are so powerful and intimidating that they make children cry, and by flexing my bicep in just the right way I am able to wipe their tears from across the room. This makes them cry even more but I don't really care. Maybe once I would have been concerned or even ashamed, but now my extra layers of muscle insulate me from bad feelings like a kevlar vest.

I was always the last guy picked in every sport I played, but now I'm picked first even when I'm not there. By simply invoking my name the team who picks me is guaranteed victory.

I get women all the time now. I tend to frequent those fancy restaurants with sneeze-guard equipped buffets since that's where upscale chicks tend to gravitate. I'll typically sit in the corner booth idly licking a lukewarm strip of bacon while flashing my bedroom eyes at every woman in the place. Without fail several international supermodels (especially when I'm at IHOP) join me, and soon the smooches and free refills flow like water.

These aren't the only positive changes in my life, far from it. My urine is a rich and hearty brown, I am able to catch bullets with my bare hands as long as they are gently thrown underhand to me, and I haven't been caught in a bear trap in days. I've never been happier.

What brought about these dramatic improvements, you ask? I'll tell you, my friend: Corinology. Chances are you've never heard of it, and that's okay. I didn't know what it was either but I am now reaping its benefits and not paying taxes.

So is Corinthenics a cult? Haha, no. Is it a religion or simply a way of life? This is something which must ultimately be judged by every follower of the cult for his or her own self, but I'll refer you to a passage from The Great Thirty Dollar Corin Handbook which should shed some light upon the subject:

"And Jake did find that the timing belt was indeed the problem, and he waved his fist in anger at his friend Alan who had insisted it was the alternator. Jake did not understand why Alan would forsake him at his hour of need, but Jake forgave his wayward friend and said unto him 'hand me thine allen wrench'.

Three days had passed since the Camaro had died, and when the garage door lifted to reveal its glorious resurrection there came a great multitude of onlookers from distant and exotic lands who brought gifts of Turtle Wax and Budweiser girl calendars."

You're ready to take the plunge and change your life for the best, I can sense it. Joining Corinoscopy is simple. First you purchase the aforementioned Great Thirty Dollar Corin Handbook for only $42.99 at fine book stores everywhere in Tijuana. Take the book home and glean every bit of life-changing information from between its covers that you can. If you're intelligent enough to realize that Corintronics is all that can truly fill the gigantic hole in your life, remove the dust jacket from the book and note the hidden address printed inside. This P.O. Box is where you will begin to regularly send every spare dollar that you can afford from your paycheck. 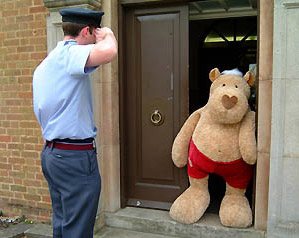 The idea of sending money off in the mail might sound fishy, but don't succumb to your emotions. You're better than that. Think about it logically. Corinetics is based on the scientific principle that we are all made of tiny atoms (scientific term: quarks), and that every seven years our bodies completely recycle the old atoms in favor of new atoms with firmer breasts. If your body needs to purge itself to survive, Corinism dictates that your mental state and very soul need to do the same. If everything in your life at the current time is dragging you down then you obviously need to purge it all to make things better, including your money.

This is not a scam. You'll be sending your insidious money to a not-for-profit P.O. Box for safe storage where it will never harm you again. The P.O. Box will not use your tainted money for anything. What would a P.O. Box do with money anyway? Have you ever seen one driving a Ferrari? Of course not.

Hey, whatever you feel comfortable doing is fine by me. I'm not here to pressure you, I just wanted to share my experience with something that truly worked wonders for me. If you want to continue being depressed or lonely or whatever, that's cool. Just keep in mind what The Great Thirty Dollar Corin Handbook says about that:

"And ye, all Jeremiah could think about while on his vacation was whether or not he had left his iron plugged in. It troubled him to the point that he could not enjoy himself at all, for the warmth of the sun upon his skin did remind him of the iron's sizzling face. Upon the trip's end Jeremiah recalled that he had no home, and that his vacation was simply a drunken voyage around the Walgreen's parking lot. And Jeremiah did sob and take the name of his lord in vain when he later remembered that he was but a lowly bullfrog who had no right to even dream of owning an iron, because iron permits for frogs were nearly impossible to obtain due to the extreme difficulty of the written portion of the exam."