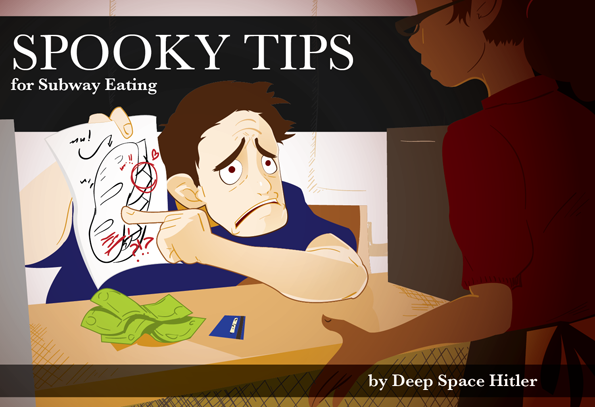 Go into a Subway and tell the clerk you want to order the sandwich they'd always wished a customer would order. They will quickly, quietly, and without expression, craft the sandwich from many different ingredients. The sandwich will be the best thing you've ver tasted. This only works once per clerk. If you ask them to make it again, they will not recollect how. If you attempt to re-construct it, it will fail.

when you buy things at a store, the person who you hand your money to often doesn't get to keep the money.

Once I told the clerk I'd never had a sub before so he made me a free one out of pity. While eating it I said awkward things like "wow, I can't believe I'm having a sub" and "wow, my hands are really touching the bread" that made him tell me to stop talking. But I was drunk at the time and my emotions were running high so I was like shut the fuck up, I've had a shitty life, 29 subless years, so excuse me if I'm ruining the fucking mood. He didn't say anything after that and it was really uncomfortable the rest of the time. I thought of leaving some money in the tip jar on my way out but that just seemed wrong somehow. 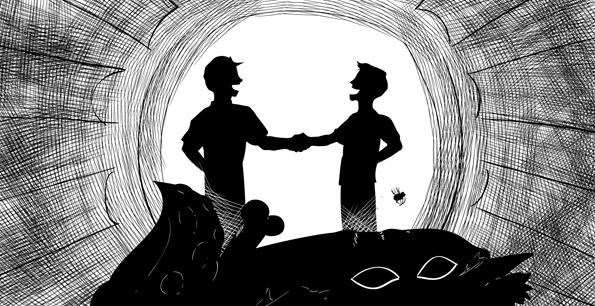 One time I told the clerk a story about how I met my girlfriend at Subway and how I love her and wake up next to her every morning knowing that my physical and emotional needs are being met. I asked him how much I owed him and he said we'd already made our transaction: one sub for one story. I said yeah but the story isn't true and sulked out of the sub store. 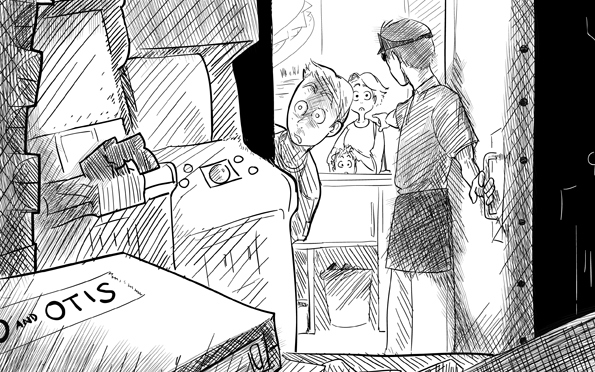 One time while eating subs at Subway I told a girl how sad and alone I am and she started sniffling, like the door I'd opened into my dark soul had made her cry. I thought this would be a good time to ask her out, but then I realized she might've just been allergic to something in my Italian herbs and cheese bread. I asked the Subway artist what was in the bread and he said it was against the Subway rules to disclose bread recipes. I asked him if the "rules" said anything about ruining a person's only chance at true love. He said he'd have to ask his manager, but I could see it was only the two of them in the store and they were wicked busy so I was like forget it.

the clerk asked me what kind of cheese and i said "monkey cheese!!" and laughed for ten minutes. people got mad because i was holding up the line just laughing, but the clerk didnt want to break protocol and tell me to stop. eventually i asked for provolone.

"the greatest trick the devil ever played was making the veggie patty sub with bacon at subway, and making it really good." Now that's a tip we can use, animal drums! Thanks to Subway for sponsoring the section this week!