The David Milch School Of Screenwriting 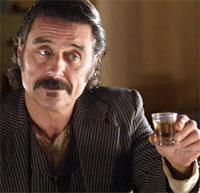 Hi there. I'm David fucking Milch. You may remember me as the creative tour-de-force behind Deadwood, a critically acclaimed HBO series that ended prematurely so that I could launch John From Cincinnati. Some people say that was like ending Seinfeld in season 3 to jump right into The Michael Richards Show, but those people don't understand the subtlety and nuance of ten annoying surfers in varying states of insanity wandering around and getting into pointless arguments with one another until there's a clumsy physical altercation and a pointless "mysterious" ending.

This is a summation of the lessons that I learned during my transition from Deadwood to John From Cincinnati. How I grew as a writer. The mistakes I made with Deadwood. What I was doing right all along. Hopefully it can help someone out there to get into the business of writing television that's half as good as the stuff I make.

Your first step is to think of what genre you want to work in. There's a lot of them, right? Seems like you've got a tough choice ahead of you, but you don't. The only genre you need to work in is "a group of loosely connected people stand on a beach and stare off into the ocean when they take a break from mysterious things happening to them".

I know what you're thinking. That's basically Lost, right? No. Lost was simply the first show to work within this genre. There have been hundreds of westerns and thousands of comedies. Is it right for there to be just one show about a group of loosely connected people that stand on a beach and stare off into the ocean when they take a break from mysterious things happening to them? I think not.

Working in this genre is great because, really, you can write whatever you want and you can make it fit since the show will be "mysterious". Let's say you want to write some sci-fi, specifically shit about astronauts and rockets and the like. Go ahead and write your astronaut story, then have those astronauts crash land on this crazy beach where things aren't as they seem. The astronauts can come across the sandswept top floors of the World Trade Center's twin towers. Punctuate even the worst episode with an ending like that and people will tune in next week, guaranteed.

Actually, no. Don't use that. That's my idea. 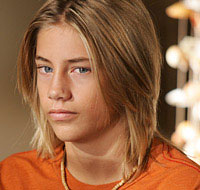 Many young writers make the mistake of giving their characters actions that make sense within the framework of each person's motivations and personality. I was guilty of this myself while working on Deadwood.

See, if a character merely does what you would reasonably expect him to do, there's no real room for unpredictability. No way to leave your creative fingerprints smudged all over every frame of the show.

Those of you who are eagle-eyed will notice that two characters from John From Cincinnati are essentially the same person. One talks to a bird and one talks to a stuffed bear, and when the bear and bird aren't around each man speaks to himself / God / ghosts. Everyone else on the show is equally crazy but in a general way that doesn't make sense or follow any guidelines. Do you have any idea how much freedom that gives me to be creative?

Characterization is a burden. It will only weigh you down.

While sitting at a stoplight, Scott's car is rear-ended by a teenage girl who wasn't paying attention. Scott...

A. Calls for a police officer and writes down the girl's insurance information. The girl is apologetic and has a particularly difficult time coping with her role in the accident because her own daughter was killed by a motorist who hadn't been paying attention. (WRONG)

B. Gets out of the car, lays down in traffic and begins singing a song about aliens as the damage to his car fixes itself. The teenage girl places a hand on her stomach and knows in that instant that she is pregnant. A Latino man holding a sing reading "The End Is Near" gets peed on by a magic dog and turns into an Asian. (Ding ding!)