I have done my patriotic duty by raising over 38 dollars for the Rotary Club this year so I think I deserve at least seven minutes of your time.It is nice to sit and catch up with you again. On the brighter side of things, I now have the energy to write you personally instead of asking my precious grandson Jace to type away at his computer, which is a good thing because Jace is at labor camp for the summer because he skateboarded in a church parking lot right after he discovered the church had been burned down. That boy gets into more trouble with his skateboard, but even the best of us have our vices. I can't tell you how many hours I've frittered away writing Christmas cards and staring out the window at the backyard ducks.

Mr. Oboe, I am happy to report that my ghost problem has stopped. I guess they were really after poor Jace because they disappeared as soon as he did! But I am afraid things have gone from ghosts to goblins for Norma Fedlick. Real goblins, that is. Baraka (if I may be less formal), why is it that we of the Greatest Generation seem to have so many problems with the supernatural? Just before my friend Ruth died of many cancers, she kept telling me she saw a nine-headed worm creature beckoning to her from a fiery pit. But I guess that Ruth always was a kidder. 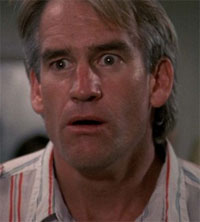 I saw a documentary about goblins on television and the lead goblin was very large and had an accent like the carnival men.It seems that the spooks and ghoulies have pegged us old folks as easy targets, because I am suffering from a real case of the goblins. And you must understand it is very hard for me to even write "case of the goblins," as this is what we called genital warts in the 1940s. But Mr. President, these are actual goblins, and they are disrupting my day-to-day life. I owe my daughter-in-law Susan the world, as she discovered that the goblins had broken in through the screen door and stole most of my pain medication. And I know she was surprised by the whole ordeal because she fainted shortly after and slept for almost a day!

I am lucky to have someone like Susan to take care of me while Jace is off having the time of his life at camp. Right after the whole goblin incident, she drove me right down the doctor's and got all of my prescriptions refilled and I didn't even have to get out of the car! Susan manages to do a fine job of scaring the goblins away, but they wear her out so. It's not strange to find her slumped over the Davenport, drooling like a baby after she's done chasing down those darned critters. I do appreciate that she's been visiting a lot more recently, but I hate to see the poor dear in such a state. 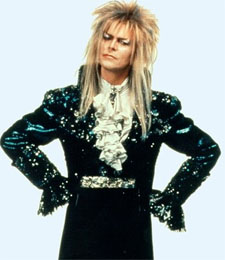 Another documentary told me that this lady is in charge of the goblins. She looks just like Tammy. my dental hygenist. I hope that is a coincidence.One day Susan brought a man over who was not my son Steven and they had one heck of a time with those goblins! Susan told me he was a certified goblin catcher, and let me tell you that young man certainly tuckered himself out. In fact, those goblins got his goat so bad that the poor thing threw up in his sleep! Lucky for him vomit comes right off of those linoleum bathroom floors, eh Oboe? Cleaning it out of his braided ponytail the next morning was a whole different story, but you don't have nine grand-daughters without learning a few things.

Doctor Oboe, my poor Susan is at the end of her rope. I guess Medicare doesn't account for goblin theft, as we are having a difficult time finding doctors who will replace what I've lost to those green little devils. I even tell her, "Susan, if you would just unlock this door and let me talk to the man, I can explain everything," but this is when she always tells me if I get into an argument with the doctor, the stress may raise my blood pressure and give me a heart attack. Who am I to question a former nurse, who was kicked out of her profession for caring too much? Of course this is not what the judge called it, but I must admit I have gotten very rusty about the law since Diagnosis: Murder went off the air.

Mr. President, I know you have your hands full with the Lithuanians, but would you mind sending some National Guard men over to scare the bejeebers out of those little rascals? Also if possible, I would like to take a tour of the White House, as I am a fan of antique furniture and could certainly take many pictures for my scrapbook. And if it would not be too much trouble, could you please send a bus to pick me up? Susan has left me at the Burger King for over 14 hours and my senior discount can only stretch my small coffee budget so far.