WELL WELL WELL LOOK WHO CAME DANCING BACK TO WASILLA

Just go ahead and cancel the election and give me the mayor crown. I am on FIRE.What up, Lower 4-8?!? You been clip-clicking on your computer gaynesses? While yall been flippring photos of your dog's dicks on facebooks or whatever I have been gettin' it done. Got filthy thick business to cover on this.

Got my G-E-motherfucking-D. Got my mayor papers from Alaska dude's office by PDF or whatever will make it fucking come out of a printer. Just got to fill that shit out, put it at a couple bars saying sign this for free beer and I'll be mayor in no time.

That ain't the only thing that's got me intoxicated with joy. Two words: bought a bear. It goes back to something Tucker said when we saw a bear they had in a pen out back of the Booze Docks on canyon trail road. It's a long story, but basically there was this tore up looking bear called Bingo looking half retarded that you could pay five bucks and feed it a bottle of Molson through the cage. And Tucker is like "I fucking dare you to buy that bear." And I told him I will but the dude wanted some crazy huge amount like 230 dollars for the bear.

Anyway the bear ate some kid's hand and they had like fucking bear services breathing down their neck. The dude who owned it was just going to put horseshoes in a bag and knock it out and then choke it to death and roll it into a river, but I convinced him to take 50 bucks and let me trick it into the back of Bodie's Jeep. That's some mayor shit right there. Taking care of problems so everyone benefits. Except for big government which tries to make its money taking peoples money in bear attack fines for maulings on unlawful entertainment premises or some shit. Not on my fucking watch.

We got the bear back home and tricked him into my duplex by shooting off a 22 in the air behind him. Ended up in the bathroom which sucked because I had to use the shitter at the wendy's until he broke through the drywall after two days and moved into the room I keep all my boxes of pre-autographed Playgirls in. Anyway, it was a solid investment for the future.

I renamed him to Rich & Rare and I've been training him to catch marshmallows in his mouth by throwing marshmallows at his face and swinging on him with a boat oar if he gets lippy. Bite me one more time motherfucker if you want to see me do tekkens on your ass. Fucking spare room is covered with marshmallows but he loves me. Give me time and R&R is going to be the best Vice Mayor of Wasilla ever. 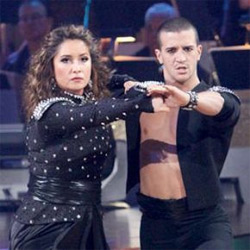 I didn't known lane bryant sold midevil archery costumes.Second sweet as hell shit going on or maybe third is fucking filthy dancin' Bristol got herself voted the fuck off Dancing Stars or whatever. Baby put your ass in the corner. Hows it feel? I don't know who gives a fuck only moms in dog sweatshirts and gay dudes watch that shit. I'd rather pole smoke a muffler after doing donuts for an hour.

Basically Bristol is still on point with her mom doing Discovery Channel crap denying me my patermonial rights to see my boys. Tron is already like five foot and bending bars. Got to start planning for that kid's future. Fucking Googles and Nextel's ain't hiring boys like him. He was born for strength like an ox. Some dudes are horses and some dudes are oxens. That's all it is. Got to get that boy on a strong man routine.

1) protein (raw meat, raw eggs) no bread or vegetables
2) stache pills, got to pop out that handlebar and grease it up
3) punch up training get that kid schooled on fucking donny brooks lads
4) australian skills (all strong men are germanics) train him on accents basically got to reverse-pygmalion his ass with speed

Once Bristol has spent all her harlot money she's going to come crying back to me, mayor Levi, and by then I will have fucking rooted out so many tails I'm going to have a fucking baby march down Bristol street. Flags and shit with my face on it. See how big she looks in her sequined open-legged gown then slits all up the side like she thinks she's beyoncé when she ain't even preoncé. I've met Jay-Z. He wouldn't even fart in your car.