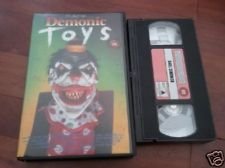 You're sitting in your coworker Lana's apartment. Lana, her girlfriend and your girlfriend are all there, and you're all watching Demonic Toys. You all just got out of work at Burger Hub and are drinking to forget the night's events - you accidentally hooked up the soda machine's CO2 line to a propane tank, making several customers spontaneously combust.

"This movie should be called 'Moronic Toys,'" Lana says, dropping Empathy tablets in her drink like they're ice cubes (Empathy is a designer drug that gives the brief sensation of caring about others, followed by disgust). You laugh at her contextual humor, the context being that she's beautiful, with brown hair, smooth skin and an overweight body that you often fantasize about sitting on you, crushing you like a thumb crushing an insect. She has an arm around her girlfriend, who she met at Burger Hub when she (Lana's girlfriend) had a heart attack and Lana saw the lesbian-symbol tattoo on her chest while defibrillating her.

Sitting next to you, opposite Lana, is your girlfriend. She's naked and covered in blood because she's an adult abortion (an offshoot of the adult baby subculture). Her umbilical cord stretches out the door, down the hall and into the parking lot, beyond which it could go pretty much anywhere.

"The scene where the homeless girl climbs out of the air duct to tell the other protagonists the toys are demonic reminds me of our dates," she says, referring to how she climbs out the first drive-thru window at Burger Hub into your car, has sex with you in the drive-thru line, then climbs back into the store through the second window. You've always thought of these "dates" as a dig at your sexual prowess (the average wait time between windows is 60 seconds), but she maintains that the climbing-out-one-aperture-into-another routine is a way of coming to terms with her traumatic first birth. Her mother is a lesbian and unknowingly gave birth to her while having sex with her girlfriend, so she ended up trapped in her mother's girlfriend's womb for a month. Still, she knows the reference upsets you and probably made it as revenge for forgetting the second of her two birthdays.

"How did you become a lesbian?" you ask Lana, knowing your girlfriend hates references to lesbianism. 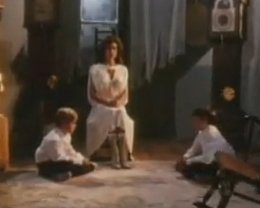 "Every time a person is conceived a male and a female soul play cards in a dollhouse on the astral plane to determine the person's sex," Lana says. "If the game is a draw, the person gets both souls and becomes a homosexual. That's why Christians hate us: not because we have no souls but because we have too many. For every one of us there's someone born without a soul who becomes a serial killer or communications major."

Lana offers you some Empathy, but you've sworn off the drug since the time you took it by yourself and started caring about air molecules and stopped breathing. As she takes the remaining pills you fantasize about being a pill and exploring her body. You float down her digestive tract, a long, dingy passage smelling of stale food (like her apartment hallway, except vertical), past stomach microbes who are still contemplative from the mushrooms Lana took yesterday and are pondering the world outside this intestinal cave. They agree that whatever's out there involves an evil doll and scary jack-in-the-box music.

On the screen, the demonic jack-in-the-box opens and everyone jumps. You once told your girlfriend that fear is the opposite of sex because it climaxes instantly. She replied that in your case there isn't much difference.

The poor quality of the tape makes it look less like a movie and more like a director's half-formed idea for one. After a few drinks the room looks the same way, making you forget which side of the screen you're on. You become the demonic toy warehouse's ex-army security guard, sitting in your office and crying, not because you're scared of the demonic toys but because of the sheer variety of demonic toys in the civilian world. In Korea, you were lucky to get a demonic hanji doll made of bark and toilet paper.

Back in Lana's apartment you stumble into the bathroom, wishing you'd get murdered by demonic toys, the way we all wish our lives were more like movies. The bathroom window is across the street from Burger Hub. An inflatable statue of Princess Puff (the restaurant's mascot, named after its trademark Eel Puffs) stares into the building like it's a dollhouse.