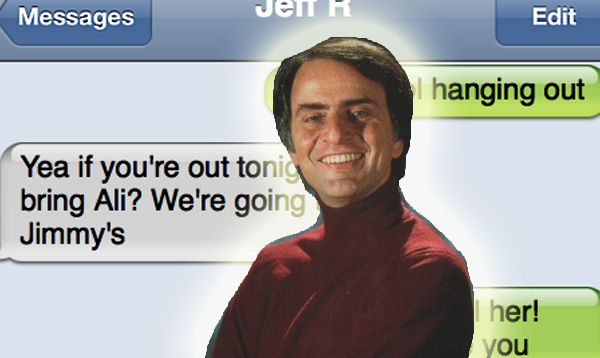 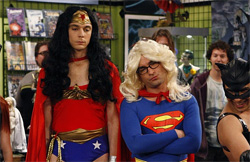 It is in our nature to look at the universe and wonder, "How are all these great shows streaming for free on my phone?"A deceptively simple process begins in the distant reaches of space.

Immense pressure causes the nuclei of two humble hydrogen atoms to combine and release heat. This happens again and again, a chain reaction that reaches out across the vast emptiness of space from our star to arrive on our planet as that most precious catalyst for life: energy. It is this force that imbues plants and bacteria with the energy needed to reproduce and process carbon dioxide. The very first of these simple organisms created our atmosphere, but now we enjoy the protection of billions and billions of cubic meters of gas surrounding us and pressing down upon us.

Four billion years of evolution, countless failed species disappearing into the darkness of history, whittled down to the most successful. Above them all, standing on two legs, is mankind. We are no longer a part of this natural order. We no longer fear the woolly mammoth or the lobster. We collect our knowledge, one generation to the next, gradually building layers like the sediments of rocks.

As we compete for the sun's energy with the plants and various lesser beings such as goats, we devise new and better ways to harness that energy. Batteries and windmills. The stored energy of fossil fuels. And as our knowledge has grown, century upon century, we have managed to construct, by overlapping schools of learning and ever-greater understanding of the world around us, a telephone. 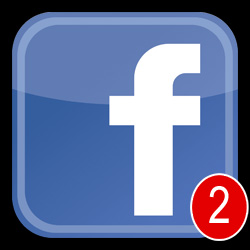 Nothing is quite so sublime in this cosmos as realizing that two people might have just liked your photograph of dinner.It is small and robust, a black brick of metal and glass that sits in the palm of your hand. Without wires it can reach out across the planet, far beyond the horizon, and allow you to communicate with friends or loved ones. You can align similar jewels, communicate by written language to someone named KayCEEEEE, record six second videos of yourself trying to jump over a car off of your roof, and watch entire movies and TV shows including every episode of Cheers.

You can recall when Cheers aired originally. It was alright. But now, in the palm of your hand, the events surrounding Sam the bartender and the quirky patrons of the bar now seem enthralling. Certainly more interesting than a passing cloud, a nebula, or something as ludicrously uninteresting as the bacteria in a drop of water.

A child's laugh can be heard from a nearby room. You can hear a child's laugh whenever you want. The movie Babies is streaming directly to your phone. You can send texts to KAYCEEEEE while watching.

Imagine if you were completely flat, and you were inside your phone, enjoying the incredible games you can download for free. Imagine if you could watch pornography while driving in a car. This and more is possible through the scientific miracle of your phone, for what is a miracle but science that we fail to understand. 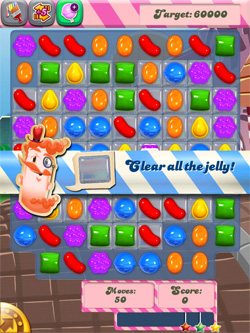 On August 14th, at around 2:15 AM in the northern hemisphere, if you look down at your phone you might just see the reflection of the Astrid Meteors passing overhead. They travel from the distant cold of the oort cloud once every 600 years and create a show so spectacular that its passing has been recorded in texts almost 3,000 years old. But don't worry, someone will post a video of it. And you can watch that on the toilet, enjoying the boundless ingenuity of the upright two-legged mammals called mankind.

Stop looking at things around you, at the sights of nature and the sounds of your life, because you have the audiobook of Sarah Vowell's Unfamiliar Fishes to get through and then all those podcasts have been piling up. You're never going to get caught up at this rate.

As you enjoy your Candy Crush and your comment section posts, just be mindful that the lobsters are still here, that they, too, are deserving in inheritors of this process we call evolution. They are watching us and waiting for us to slip up. Waiting for us to stop paying attention completely.