If our forums were any indication, Dragon Age: Origins was not only destined to be terrible, but there was a good chance its cloth map would serve as a vehicle for smallpox. 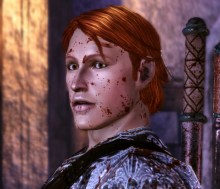 BioWare claimed that Dragon Age was the spiritual successor to their Baldur's Gate series, arguably the best RPGs ever made. That's marketing bullshit, the forum said. Did you see that ridiculous trailer? The game would reportedly take 80+ hours to complete including all sidequests. Every game claims it will be 100+ hours, then turns out to be 12. By our math Dragon Age should only be half an hour long. It would be extremely challenging, with the PC serving as the lead platform. Ha! They'll focus on consoles and make it easy so they can cater to a larger audience, with a lame PC port that has no support for flight sticks.

As it turns out - for the first time in the history of the universe - people with extreme opinions about things they hadn't experienced firsthand were wrong. The game is all of the things it claimed to be, and on top of that most people seem to think it's pretty fun.

One of my favorite parts of the game is the codex, a section of your character's journal that fleshes out the game's setting with information about everything you encounter, as well as excerpts from any books you come across. It's mostly well-written and worth checking out. Mostly. Some of the codex entries left me a little confused. 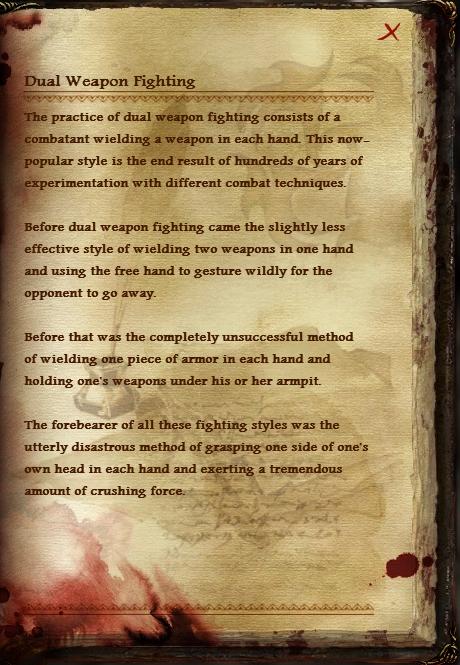 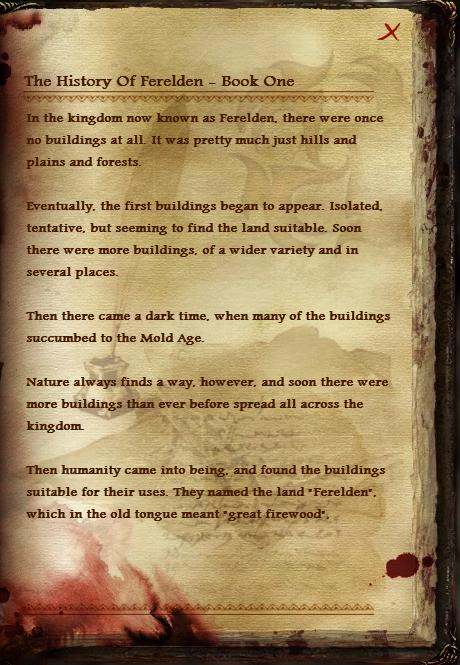