I did appreciate that one enterprising lass erected her own computer-TV tribute to my strapping countryman David Beckham. 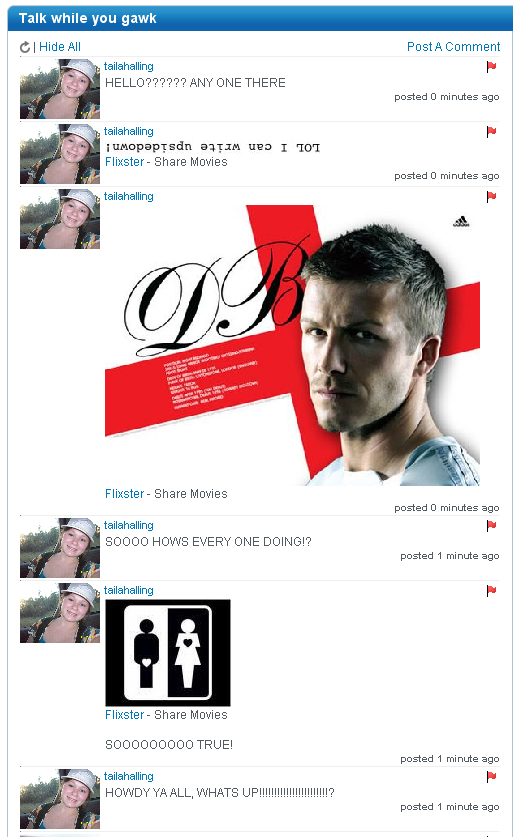 Some provocateur generated a randy Sapphic portrait that I dare not reproduce, and even now blush to conjure -- would that the riddling effects of age could rob me of that wanton memory, rather than stripping my treasured recollections of halcyon days! Any road, while I found this imagery a bit tawdry, others declared it ace.

Alack, the banter wasn't always so bloody chipper. This poor urchin seems to abide the Dickensian squalor of child-labour camp, though she fancies herself skillful enough with the song and dance to win a role in Oliver! 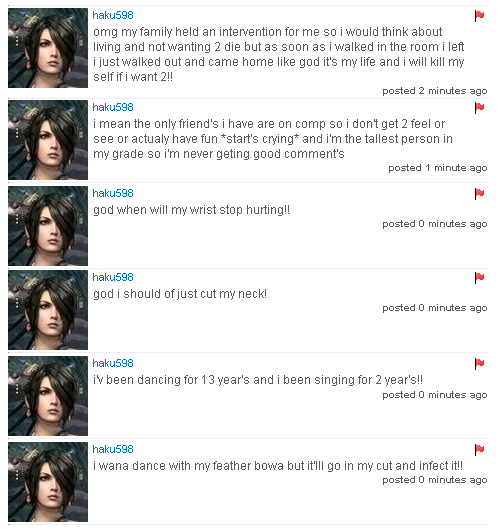