5 Essential Tips for Mugging Me 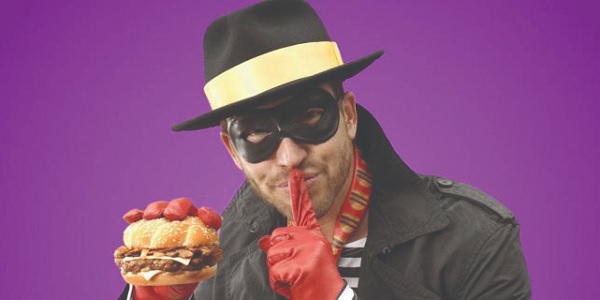 I know what you're thinking. "If I'm gonna mug this guy, I gotta let him know!" And this is true to a point. While some muggers have been so inconspicuous that they actually go unnoticed by their would-be victims, these cases are extremely rare, and mostly fictional. You may be feeling pretty jazzed about your classic mugger getup--the fingerless gloves, the classic "bandit" mask, the sack marked with whatever symbol denotes your country's currency--but if you're not standing immediately outside of a Halloween party, I will immediately identify you as a potential criminal. Remember, you want me to think "I'm being mugged!" as close as possible to the actual mugging.

Be Bigger Than Me!

I'm a pretty slender guy, though not nearly as intimidating as those slender men you hear about on the internet. And while it's not hard to be bigger than me, you have to be bigger in the right way. Technically, you could be bigger than eight of me, but if your weight affects your mobility, the hum of your electric scooter will be a dead giveaway to officers in pursuit. Cut the carbs, and develop a diet with plenty of vegetables, lean meats, and protein. And don't think being a mugger means just developing your punching and grabbing arms--you'll have to develop your running legs as well. If you don't respect yourself or your body, how am I going to respect you as a mugger?

Does the last tip seem like too much work? Well it doesn't have to be if you bring a gun. Tall or short, skinny or fat, mostly anyone can kill me if they use a gun. It's true! If you're wondering just where to get a gun, you probably don't live in the easiest place to kill me with a gun: America. And if you can't find one, well buddy, you're not looking hard enough. Everywhere from gun stores to track meets to crime scenes features guns in some capacity if you have enough money or dexterity--you are a mugger aren't you? And hey, if it's dark enough, why not just show me the tip of a gun-like object? Even if I figure out it's not one of those bullet guns, my next thought will likely be "he could still hit my teeth with that thing pretty hard."

Find Me in a GOOD Neighborhood!

It's a fact that muggers are usually found in bad neighborhoods. They're just one of the many elements that make bad neighborhoods bad. And while you may be inclined to wait for me in dark alleys--listen, buddy--there ain't no way you're finding me in there! While popular media would irresponsibly have you believe muggers only exist in the skid rows of this world, victims with the best possessions--or "loot"-- tend to stick to middle-class neighborhoods or higher. That's exactly why you should mug me in one of these: Before I can even think "Why is there a mugger here?" I'll have already been mugged. Damn, you're clever!

Don't Forget to Take EVERYTHING!

Not all muggers are bad people. And even though you're setting out to steal from me, you might not want to also inconvenience me. Well, I'm sad to say now that you're a mugger you unfortunately have to leave some of your morals behind at home, where you're not doing all of the mugging. This means taking all the stuff, and not just the stuff inside the stuff. Sure, you're not going to use that gym membership in my wallet, but what about all those credit cards surrounding it? And who cares if these items that are valueless to you take me dozens of tedious hours to replace? The important thing is you're not killing me.