I Was a Girl at Comic Con 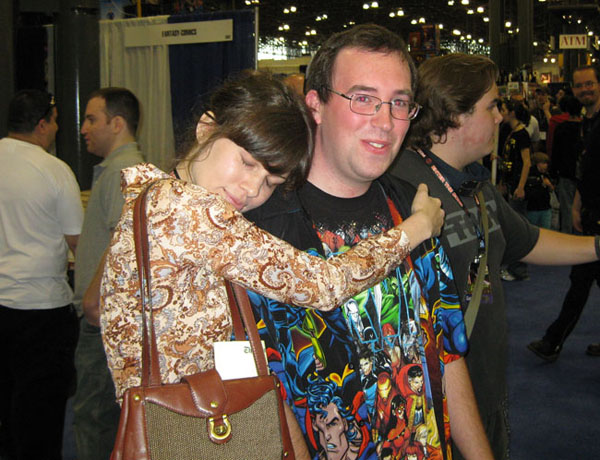 Sometimes you see a nerd who's just so on that you're instantly in love. I don't know what it is about this guy, but when I see him I know that I must have him. Maybe it's that earnest smile, or the fact that he's so unselfconscious that he can wear a DC shirt layered over a Marvel shirt. I give him a tender hug, and he blushes like the wonderful goof that he is. I never want to let go. 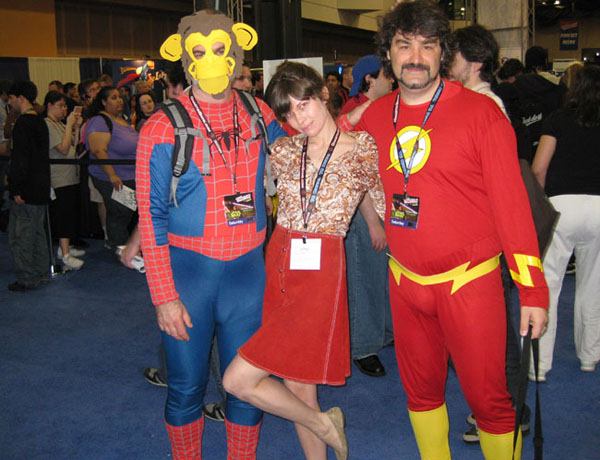 You guys probably don't know what it's like to be a girl, but let me tell you something I learned: when you see a Flash and a Spidermonkey with bulges like that, there's something inside you that just has to show a little bit of leg. I don't know exactly what's going on with Spidey's package, but I can tell it's something extraordinary. 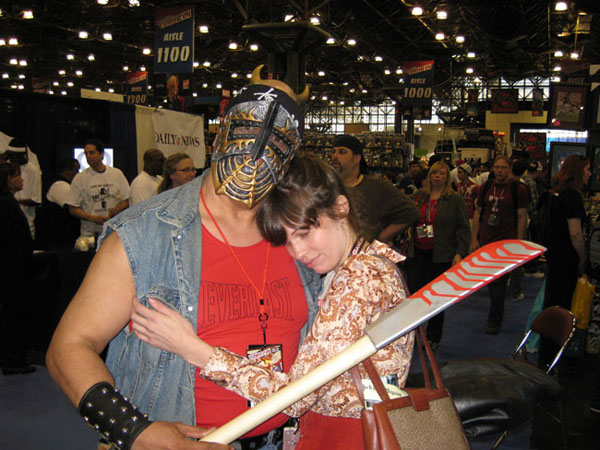 What is it about a big horrible murderer that just makes a girl feel safe? I don't know, but when the killing starts, I just want to be on the right end of it. 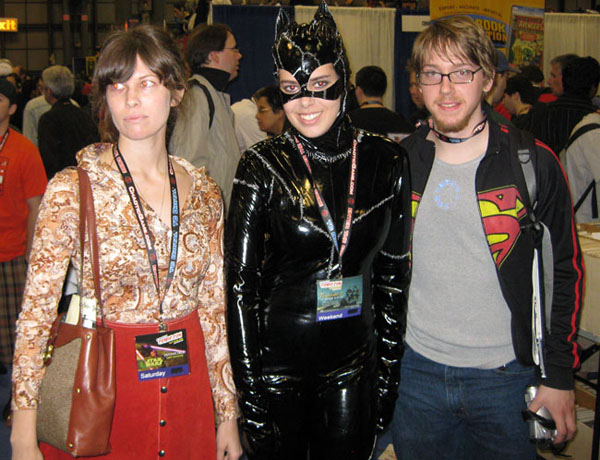 I'm kind of nervous here because I just got pretty friendly with Batman, and if he sees me rubbing elbows with his feline nemesis there might be some trouble. I'm not sure who the guy is supposed to be, but the camera loves him. Getting him in the shot is well worth the Catwoman awkwardness.