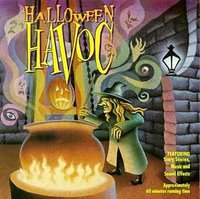 Webster's defines "havoc" as "great destruction or devastation; ruinous damage." And Spooky Steve can say that Halloween Havoc did exactly that... to his ears! There are so many audio SNAFUs that Spooky Steve nearly stopped taking notes halfway through. Some "highlights":

6:37 - Ghoulish voice wishes me a "Happy Halloween" twice. This is supposed to be scary?

12:18 - Monster growling, followed by a cat yowling in pain. Violence against animals is not entertaining. Spooky Steve is appalled.

A complete and total misfire from the people at Creative Entertainment Productions. Spooky Steve tried calling their offices to voice his complaints, but soon discovered they went out of business in 1993. That's what happens when you release shoddy, misproduced albums like Halloween Havoc, and Batman Returns masks coated with lead paint.

Sounds of the Night 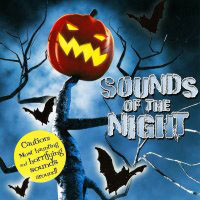 When Spooky Steve opened the package fangoria61767@aol.com sent him and took one look at the cover of Sounds of the Night, he could only mutter, "Oh boy." Too often, Spooky Steve has been taken in by flashy cover art only to be disappointed by an album that's about as scary as Leprechaun 3. We all remember Spooky Steve's utter disappointment with 60 Minutes of Halloween Hellraising, a CD with a competent cover, but barely 55 minutes of been-there, done-that haunted house sounds. Well, Spooky Steve is proud to say that Sounds of the Night is as scary as Leprechaun 2, if not more so! In fact, after hearing the galloping sounds of what Spooky Steve presumed to be a headless horseman, it's safe to say that he hasn't been this terrified since nearly breaking his self-made vow of celibacy back in 1998. Needless to say, Spooky Steve will never go back to that Perkins again! 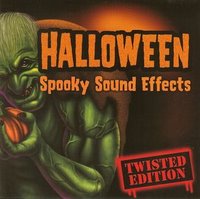