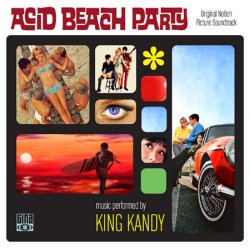 Two summers ago, my friend Brannen got some LSD. He said we could do it together, but we had to find the right place. I knew plenty of right places - a hotel, Chuck E. Cheese's, a Ferris wheel, the petting zoo - but Brannen meant somewhere crazy, David Cronenberg crazy, like an insane asylum or an insane asylum for ghosts.

The craziest place I could think of was the State Fair, but I'm banned from there indefinitely, so we picked the craziest place Brannen could think of - Hampton Beach. I'd never been there, but had heard things about it. Bad things. But I assumed they were all slander and that going there on hallucinogens would be a wacky adventure, the same logic used by characters in every film beginning with "National Lampoon's," "Broken Lizard's," or "Rob Zombie's."

We went on a Thursday, meeting at the Mall of New Hampshire and taking Brannen's car. On the drive Brannen shared his memories as a Hampton Beach survivor. One was getting pinkeye from the Silent Scope machine at the arcade. Another was his friend who buys drugs everywhere refusing to buy them at Hampton because he thought it was too shady. We hit Seabrook and passed its power plant, which I said looked like a giant boob. Actually it looks more like an oblong Death Star, but I was getting sexed up for the beach. 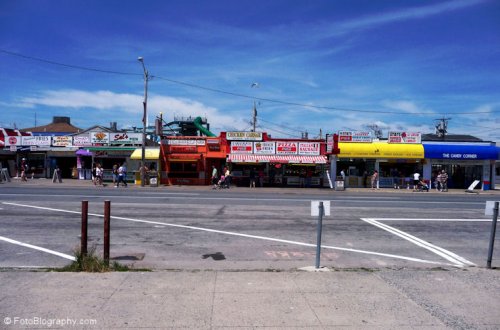 As bad as it looks.

We parked in a lot a few blocks from the shore. As we approached the beach I felt nervous, partially because of the acid (we'd already taken it in the car) but mostly because of Hampton itself, which looks like a collusion of The Crow and Unreal Tournament. Every building is nailed together from driftwood and lacquered with neon paint. The air smells like ozone and seared flesh, like an explosion on a bumper car ride. Everyone has a tan; most people have two or three, applying bronzer like Goths slapping on pancake makeup.