Priest; Something Borrowed; Jumping the Broom

Weddings are filling our cinemas this week. Martin R. "Vargo" Schneider and Joseph "Jay Dub" Wade were both invited to attend weddings in the form of Something Borrowed and Jumping the Broom. Meanwhile, poor Ian "ProfessorClumsy" Maddison had to gate-crash by hanging out with a Priest. That didn't work out so well for him.

EXPECTATIONS: I don't have very high hopes for Priest. In fact, I have the sneaking feeling that it will be terrible (and made all the more so by the addition of the extraneous D). Still, Paul Bettany is usually pretty watchable, and Karl Urban's star is on the rise, so this could at least end up being a showcase for some entertaining performances.

REALITY: Priest starts strongly enough, with some inventive science-fiction visuals mixed with a futuristic western frontier setting, but it soon settles into committing that most heinous of cinematic crimes: being incredibly boring. 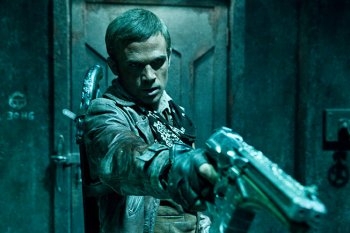 What the hell kind of a name is Cam Gigandet anyway? (Please don't shoot me)Sometime in the future, or possibly the past, humans are locked in an endless war with the vampires. In order to defeat this menace, the Catholic church somehow trains an army of priests in the art of vampire combat and sends them out to turn the tide. After locking the surviving vampires away in various concentration camps, the church sets up a massive metropolis wherein everyone is subservient and placated by lies and dogma. Sounds ballsy as hell, doesn't it?

The meat of the story begins when a miserable priest known only as Priest (Paul Bettany) begs Monsignor Orelas (Christopher Plummer) to be allowed out of the city to pursue the vampires that attacked his family and kidnapped his niece Lucy (Lily Collins). Orelas refuses, declaring that "To defy the church is to defy God." And so, Priest sets out anyway, meeting up with gunslinger Hicks (Cam Gigandet) to go hunting for vampires. Along the way, they discover that the vampires are being led by a new threat, a human-vampire hybrid in the form of former priest Black Hat (Karl Urban), who is using the railroads to transport his bloodsucking cargo.

This might sound like the set-up for an interesting neo-western about the unification of the United States via the building of the railroads (a common theme in western movies) coupled with an exploration of the disparity between church and God. However, what we truly get is a film about a small group of characters who experience no emotions during their plot-advancing travels from one location to the next. Priest and Hicks go to a farm, find they are too late, then continue to a concentration camp only to find that they are too late, so they go to a vampire hive, but they are too late, and this continues to happen until they finally catch up with the bad guys and everything just ends abruptly. 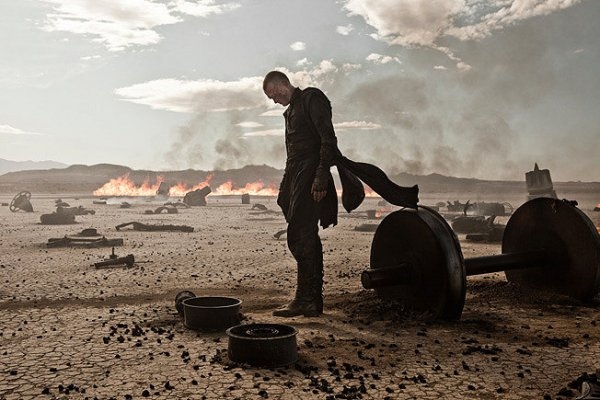 This is apparently what happens when trains explode. I think John Frankenheimer may disagree.

This is made all the more irritating by the fact that Priest offers some rather impressive, if eerily familiar, science-fiction images. For example, take the walled city, ruled by a group of zealous, power-mad fascists, surrounded by an irradiated desert full of hideous creatures. If you know comic books, which you probably do because you're an Internet person, you'll immediately identify the scenario of Judge Dredd (from the pages of 2000 AD, the only comic book I read) being recycled here. It doesn't feel derivative, though, because this is a much more effective realisation of that scenario than we saw in that hugely disappointing Stallone vehicle that bore the Dredd name.

Here we see armed guards patrolling the streets lined with automated confessional booths for which attendance is presumably mandatory. Every billboard and neon sign is filled with dogmatic slogans, extolling the virtues of hard work and servitude. However, as impressive and imposing as all of this seems at first, it soon occurred to me that the whole thing felt incredibly harmless. Monsignor Orelas' insistence that there is no vampire menace actually feels like a sincere desire to protect people. Telling people to work hard is just plain good advice and let's face it, taking a few minutes out of your day to go to confession isn't going to kill you. But, maybe that's the point? Maybe they're trying to make a statement about the lack of necessity for a society that feels the need to protect its citizens. Maybe in modern America this has some relevance, but I live in a country that apparently needs all the help it can get based on recent referendum results, so I can't really comment on that one. None of that matters anyway because the whole thing is dropped in favour of the future wild west scenario as soon as possible. 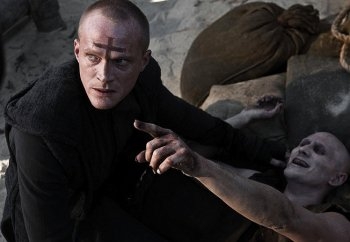 Look, that guy doesn't think your performance is up to scratch!It doesn't help that the characters are such uninteresting cardboard cutouts. With names like Priest and Black Hat you could expect no less, I suppose. As Priest, Bettany turns in his most annoying performance to date, constantly grunting his lines through gritted teeth in the best grizzled American accent he can muster. Christopher Plummer has done this kind of fascistic sci-fi figure before and he just phones this one in, but these two actors are not the worst example of wasted talent on display here. Karl Urban gives some glimpses of a flamboyant performance as the evil vampire-priest, but I get the feeling that he just wasn't allowed to have fun with this. You see the fangs and the hat and you expect some ham and camp, but instead you get the exact same grunting through grizzled teeth that Bettany gives us. Even more wasted is one of the finest actors of this generation, Brad Dourif. When he first appeared as a futuristic snake oil salesman I thought I was in for something special, but his presence in the film basically boils down to two scenes, neither of which are very satisfying. As for Cam Gigandet... I don't know who this guy is or where he came from, but his name sure is Cam Gigandet.

I can't blame the actors -- one could never blame the actors in this situation. One can only blame director Scott Charles Stewart and his ridiculous beard for bringing out such bland performances from an otherwise accomplished cast. He's also the one who can't decide if this is a satire on organised religion or a loving sci-fi riff on classic western mythology. He's the one who can't put together a coherent action scene or come up with an emotional motivation for any character beyond a need to progress the plot. Perhaps worst of all, he is the one who doesn't realise that if you shoot a film almost entirely in the dark, viewers who are wearing 3-D glasses won't really be able to see it at all. Maybe that's for the best, though, when the film is this dull.

MINORITY REPORT: What is this, a wedding movie from the clergy's point of view? I don't get it. - Martin R. "Vargo" Schneider