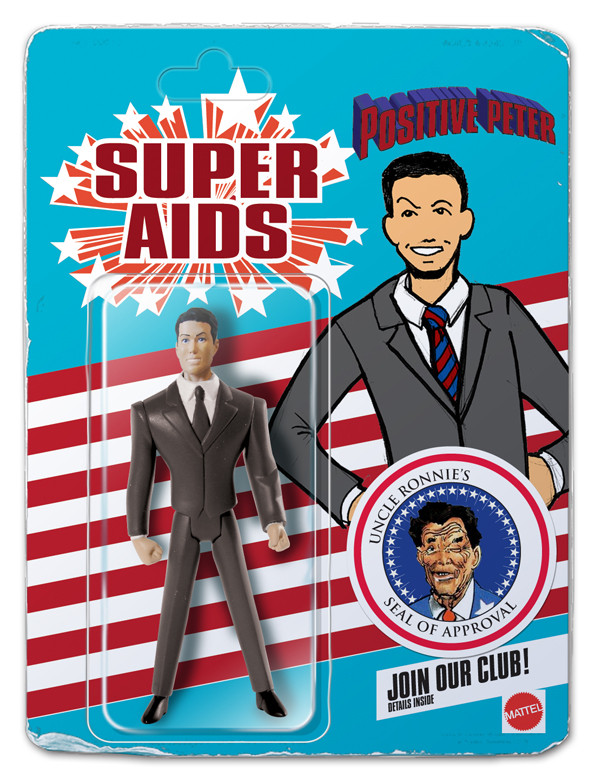 The idea of an action figure toy line focusing on presidential aids was not great to begin with, but in the early 1980's the Republican Party was eager to continue building its base. The SUPER AIDS were aimed at hooking a new generation of young Republicans. The basic gimmick was that six clean-cut young White House aids were accidentally exposed to a chemical that gave them super powers, which they then used to help President Reagan fight injustice around the world.

The action figures hit shelves in August 1982, with an animated television program scheduled to air in November, but things took a turn for the comically unfortunate when the Center for Disease Control finally gave a name to the mysterious and terrible new affliction that had been sweeping the homosexual community: acquired immune deficiency syndrome, or AIDS. While it certainly wouldn't have done away with the entire problem, simply not capitalizing all the letters in both words would surely have helped quell some of the confusion. But Mattel decided to recall the entire line.

What seems like a novelty gag or an unconscionable piece of propaganda from a brewing company was actually designed by a teetotaler toy designer named Charles W. Lillian. In Lillian's defense, he saw the product -fake beer bottles in a plastic carrying case designed to look like a cardboard six-pack - as just another toy that allowed children to play grown up; certainly not objectively worse than, say, a toy machine gun. But Mothers Against Drunk Driving felt it promoted alcohol consumption to small children, which it pretty undeniably did. Lillian and Play Co.'s cause was not helped by Baby's First Beer's 1990 TV commercial, which ends with a doting mother finding her young son sleeping face down on the couch and removing the beer bottle from the boy's hands. The position is easily construed to imply that the toddler is passed out stone drunk; something reinforced by the mother's dialogue: "Looks like this little animal needs to sleep one off." 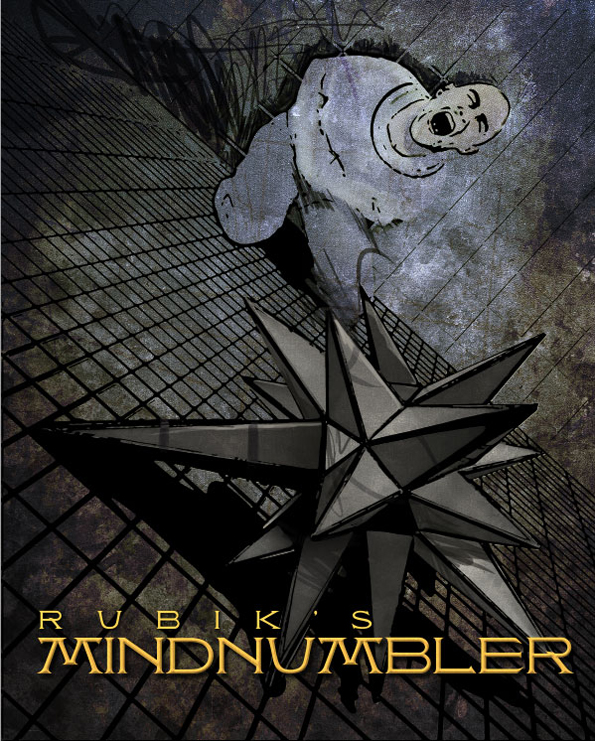 Hungarian sculptor and inventor Erño Rubik made a name for himself with his famous Rubik's Cube, as well as a few other successful but less famous puzzle-games like Rubik's Magic and Rubik's Snake. While most of us will never actually solve the Rubik's Cube, we at least grasp how it works and appreciate that it can be solved. The same cannot be said for Rubik's aptly named Mindnumbler, a mechanical 3-D puzzle that had so many different moving parts and extensions and components that the goddamn thing was completely incomprehensible.

Released in 1984, the puzzle angered Rubik's fans and proved a costly failure. A woman in Dearborn, Michigan even claimed her husband was driven insane trying to solve it, leading to his institutionalization. Rubik later admitted that the Mindnumbler was conceived and constructed during the depths of a nasty Nerds candy habit, and that even the Hungarian inventor himself was not sure how to solve it, or if it was even solvable. Rubik eventually kicked his Nerds addiction and continued to have a prosperous career.

Following the success of their drink-and-wet dolls, the popular doll manufacturer Upton Dolls decided to kick things up a notch in the late '70s with Baby Billy, a doll that pooped. The real doozy here wasn't Baby Billy itself, but Baby Billy's fake poop. Made from a synthetic compound, the substance was designed to look, feel, and smell like actual feces, only it wouldn't break down and was thus reusable. Unshockingly, both parents and little girls across the country quickly soured on the foul smell and heinous clean-up required of Baby Billy and his ultra-real diaper loads. This one was a bit too realistic.

However, Baby Billy proved a tangential success with young boys, who eagerly purchased the fake poop - sold separately - to use in pranks and general adolescent mayhem. Even after Upton discontinued Baby Billy, they continued producing the fake poop for several more years, until three 13-year-old boys from Cedar Rapids, Iowa were sent to the emergency room as a result of ingesting copious amounts of the product. The boys claimed it was an experiment to see what their poop would look like after eating fake poop. They never found out, as their stomachs were pumped.

This one never actually made it to the actual production stage, but several test models of the doll were produced. In the early '00s, the Barbie manufacturers were being crucified in a myriad of magazine and news articles that decried the iconic toy line's propagation of unattainable image stereotypes for young girls. So Mattel set out to experiment with ways to make Barbie more "normal." A "plus-size" Barbie was developed, as was a shorter Barbie, but the funniest concept in the mix was one that tried to save money by simply giving Barbie a new head that could be placed on the existing Barbie body mold. This revamped head featured a more average-looking face and became known around the company as "Butterface Barbie." The office joke spread and soon Butterface was given some unique accessories, like a 'tramp stamp' tattoo and a brown paper bag that could be placed on her head. The women who worked for Mattel did not find this as amusing as the men did, and eventually the entire concept was scrapped.

Thanks to Sean McArdle for the awesome illustrations! Check out Photoshop Phriday tomorrow for more toys!