The High Cost Of Playing

We all enjoy powering up our Playstation game machines to play a round of virtual reality badminton or shoot some aliens in Tony Hawk's Pro Skater 2. I know I do. Little do we know, however, that when we pick up our joysticks, we are actually picking up sorrowsticks. You see, there is a hidden danger to playing video games. A bad danger. Heed these tales of poor souls just like you and I who paid the high cost of playing, and think twice before playing video games again or the price you'll be paying will be your own costly price indeed.

While playing Dead Or Alive Xtreme Beach Volleyball, Jane Kimowitz was elated that one of the game's characters liked the thong bikini Jane had presented to her as a gift. So elated, in fact, that she fired a shotgun into the air, striking a ten year old boy who was using a trampoline to jump over her house at that exact moment. The boy's brand new bullet-proof pants were completely ruined. 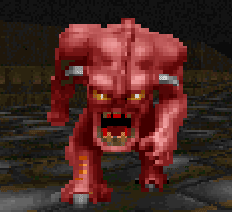 Reid Paskiewicz was a deeply disturbed young man who listened to Nine Inch Nails, wore black t-shirts, and suffered occasional insults from the popular kids at his high school. He was also addicted to Doom. The violent game consumed his thoughts with its Satanic imagery until one day, fed up with the way things were going in his life, he went to school and did the unthinkable. Reid excused himself from shop class and went to the restroom, where he transformed himself into a pink demon. From that day on, Reid was ridiculed way more than he had been in the first place.

While attempting to render a Spin-Dash in Sonic The Hedgehog 2, the blast processor in Timmy Brandt's Genesis misfired. An errant blast was produced several hundred miles away from the console, where it collapsed the entrance to a coal mine, trapping eighteen miners for nearly a week.

Josh Hull beat out over two hundred competitors to win an Unreal Tournament tournament, and was awarded with Cliff Bleszinski's least favorite Lamborghini. It all seemed like a dream come true, but that dream came crashing down when Josh learned the Lamborghini had a manual transmission. He was forced to spend nearly a whole hour learning to drive a stick shift.

Oscar Walker played trough Metal Gear Solid, Metal Gear Solid 2: Sons Of Liberty and Metal Gear Solid 3: Snake Eater in a marathon session and found that he had no problem understanding the story at any point. He awoke fourteen hours later naked in a pumpkin patch, missing a leg and unable to speak or think in his native language.

Most of us are aware of the trauma that results from pressing your eyes against the harsh red portal to hell that is a Virtual Boy screen for more than a few minutes, but here is a specific example for the uninitiated. While leaning forward to play Teleroboxer, Kelly King was kicked in the taint by her grandmother.

After beating Rainbow Six: Rogue Spear's entire campaign in cooperative mode, Tim Deschel and Aaron Guff high fived each other with such intensity that they were left permanently deaf from the sound. Aaron repeatedly screamed a question to Tim, but his efforts were fruitless so he dug a pair of semaphore flags out from under a stack of notepads to signal "Want to play some more?". In response, Tim rummaged around in the attic for fifteen minutes and returned with an impossibly large and dusty dictionary. Starting on page one and making sure to lick his fingers after each turn of the page, Tim worked his way to the "Y" section and pointed at the entry for "yes". 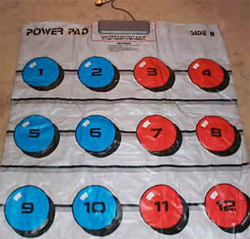 Instead of running in place on the large mat that came with Track & Field to make her on-screen counterpart move, Mindy Mills discovered she could cheat by sitting down in front of the pad and quickly drumming her hands on the sensors. This unfortunate lesson changed Mindy in a fundamental way for the rest of her life. Whenever she was confronted with even the most minor challenges, she would remove her weathered Track & Field mat from the backpack she wore at all times and slap its sensors with her palms as quickly as possible.

The day that Shane Dubois bought the frenetic shooter Ikuraga for the Dreamcast he played until his thumbs were raw, bloody messes. Unfortunately for Shane he was a professional thumb wrestler, and the biggest tournament of his life was set to begin the following afternoon. Due to his ravaged digits, Shane just barely lost in the final match and came in second place, walking away with a $50 gift certificate for the Sizzler steak and salad bar. The prize for first place? Immortality.

Ignoring his fiance's sexual advances, Brian Lezinski spent an entire night playing Asteroids on his new Atari 2600. Had the two made love that night, the resulting child would have grown up to cure cancer and track down Osama Bin Laden (turns out he's been standing behind his living room curtains all along). Instead, the couple conceived a child the following night. That child is Eric Bauman of Ebaum's World.

Thomas Summerville's apartment building collapsed when he swung a little too wildly during a heated match of tennis in Wii Sports. Thirty four died that day, and dozens more were seriously injured. One parrot was knocked unconscious by a replica of the World's Smallest Anvil that had been resting precariously on the edge of a nearby bookcase, alongside the World's Smallest Book Of Cliches.