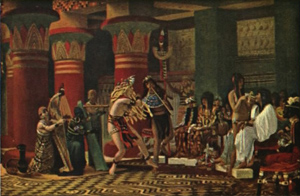 Games, dancing, food, merriment: you will have none of these!

Welcome back! In the tradition of last year’s orientation newsletter, we feel that it’s more than appropriate to give our valued workers another update to the wonderful world of PharaohTech- even if our statistics state that only 19% of you survived what many non-PharaohTech historians are now calling “The Year of Untold Horrors.” A new year for PharaohTech is beginning, however, and with it will come many opportunities, hardships, and unnecessary amputations (We’ll perfect that cat/human hybrid someday!). There’s no doubt you have many new questions, and the “What have you done with my baby?!” of the past will soon be the “What have you done with my child?!” of the future. Rest assured that you will never find out what has become of your family members, so these questions are best saved for after project completion (Estimated timeframe: 58 years). Hopeless toil: it keeps you working, and it keeps us untouched by the Pharaoh’s wrath. That’s the PharaohTech difference.

Meet the New Pharaoh(Same as the Old Pharaoh!) 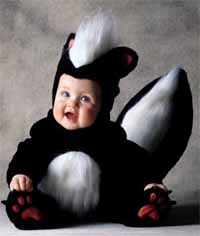 Our new Pharaoh, in his traditional holy feast garb.Most of you not delirious with fever and malnourishment may know that ten months of last year’s work was cut short by the death of the previous Pharaoh, who was taken by the gods at the tragic age of ten, just as he was reaching the status of “middle-aged.” The latter half of the previous sentence may shock those of you praying for death who are in your 30s, 40s, and 50s – prime slaving years for those who aren’t Pharaoh. And without SLAVEs (members of our Secure Labor and Violent Enforcement program) in their 60s and 70s, how could we possibly have the bi-annual “Elderly Bog Fights” which are a mix of hilarity and countless swamp drownings? The answer is simple: due to the capricious nature of the gods, our Pharaohs have a relatively short shelf-life, and are normally found impaled in our Grand Advisor’s chamber before these Great Kings reach the age of 16. When asked why the gods choose to take our Pharaohs in such predictable, sudden ways, the Grand Advisor simply stated, “The ways of the gods are not to be questioned!”

Maybe it’s from constantly licking all of those blood-covered daggers, but that Grand Advisor sure has a way with the gods! But we’re not going to question him – just as you shouldn’t question us! The main difference between the Grand Advisor and the rest of the PharaohTech team is that, when questioned, we’ll impale you instead of merely giving you a curt response about the power of faith. That’s the PharaohTech difference.

Our new Pharaoh, who is but a few months old, is the reason why, for the next 4 months, you will be destroying the efforts of last year as part of our “accelerated destruction” plan. Of course, this will mean a shift from our old 22-hour workday to the new and improved 23.75 hour workday. And you won’t have to worry about bathroom breaks, because you will be eating and drinking almost nothing! To make sure this project goes smoother than the last, we will also be taking extreme measures to make sure that your life of building our new monument will not be lost in vain (as it will most assuredly be lost). The new Pharaoh will spend the precious first three years of his life on a bed of highly poisonous snakes, surrounded by dangerous feral cats, the heads of which we have injected with venom. At night – or whenever our feral cat supply is in need of replenishing – the young Pharaoh will spend the moonlit hours in the watch of our Grand Advisor, who assured us that he will “take care” of our divinely-chosen leader. The amount of emphasis our Grand Advisor inflected on “take care,” combined with his fervent hand wringing tells us that you needn’t fear about your work going to waste! Take our word for it. That’s the PharaohTech difference.

As a public service, pyramid cut-up Amenhahtep has constructed the following phrases, that, when read aloud, may evoke laughter in the listener. Share these with your friends, and please remember that laughter is forbidden and will be punished by experimental decapitation!

PharaohTech’s Boner of the Year Award 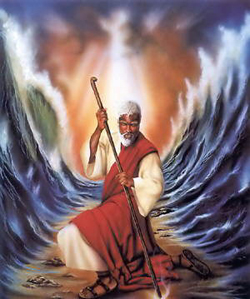 Way to goses, Moses!While we at PharaohTech are incapable of making mistakes, that doesn’t mean we can’t point out the mistakes of others. In fact, being infallible makes us all the better at this! Which is why this year’s annual “Boner of the Year Award” goes out to a man name Moses for his “adventures” with PharaohTech last March. It seems that this bearded, be-robed man thought he was one of “god’s” chosen people – more like god’s hosen people! Seems like no one told poor Moses that there are multiple gods, who represent everything from the Sun in our sky to the whips that whip you savagely (Ra and Whipnentet, respectively). And the earth was created in 7 days by Yahweh? More like the earth and all that it houses was created by one of our greater gods (I believe the one with big ears) masturbating! The house you don’t live in, the delicious food you don’t eat, your missing children you may or may not remember: all this was created by the magical semen of a god- but don’t try telling that to a certain Mr. Moses! Someone buy this chump a ticket back to Crazy Town (also known as Israel)!

So this spokesperson of Yahweh – which sort of sounds like BLAHweh if you think about it (please do) – raised a stink by stating, “Let my people go.” Our great Pharaoh took note this grievous error and corrected the mistaken Moses by stating, “People? Perhaps you have not read the PharaohTech charter, which clearly outlines the ‘humanity in exchange for the chance to meet new people in nightmarish conditions’ policy?” Moses seemed a bit stymied by this, but quickly whipped up a story about plagues, none of which actually came true. While there was a day when itchiness was slightly higher than normal, it was decided by PharaohTech scientists and lab technicians that this was not a wrath-based itchiness, as was previously believed. The plague of darkness was something that actually caused most to worry, until someone pointed out that this plague only lasted from 9:00 at night until the morning. As a last ditch effort, Moses rounded up what slaves he could find, and took them all to the Red Sea, which he appeared to be measuring with both of his hands upon capture.

In the end, this lovable goof was drawn, quartered, and his parts were strewn about the floors of our new World’s Largest Falcon Aviary (To Be Completed By You in 1011 BC). Moses goes down in PharaohTech’s records as pulling the biggest boner of last year… let’s just hope none of his “chosen people” wrote that story down! 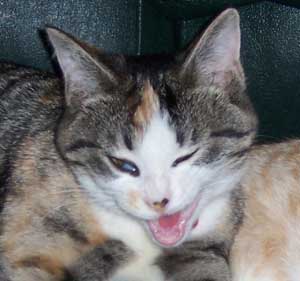 By this time, you may have noticed your new restraints, which we have taken the liberty of installing during the brief amount of sleep we allow you to have. Sure, they may seem a little tight right now, but once enough flesh is worn away, it’ll be smooth sailing. Your security is our piece of mind.

And that’s the PharaohTech difference. It should have been clear by this point.