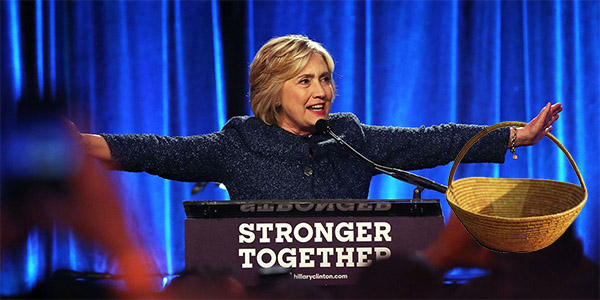 Hillary Clinton caught the media's attention last week by daring to call half of Trump supporters a "basket of deplorables." This comment drew outrage, not because Mrs. Clinton used the noun form of a popular adjective for the first time since the 19th century, but due to the fact that people who won't watch Star Trek because "there ain't no coloreds in space" were offended by this insult leveled at them. But, as is the case with all political speeches, the "basket of deplorables" comment exists as one of thousands of possible options run through high-priced consultants and focus groups. Here are some of them.