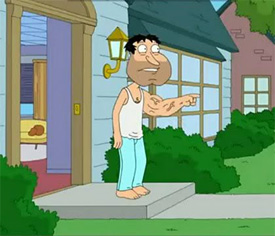 "I will jack off to it, but I won't be happy about it," observed body expert Gundam_Wang.

"She should do an AMA," declared someone else posting to a forum specifically created for Jennifer Lawrence's stolen naked pictures.

Jennifer Lawrence's body was not the only body to receive harsh criticism from experts.

"Kate Upton has nice titties, but I don't know about the rest of her body. It's fat," observed Reddit user Tha_Anime_Thrilla about Esquire's 2013 Sexiest Woman Alive.

Others doubted the authenticity of some of the images. Prolific Redditor Fat_Jesus69 used his extensive forensic image editing experience to debunk some of the favorite images, including a picture of Aubrey Plaza described by its poster as featuring, "A full hot order of shaved beav."

"Aubrey Plaza is fake," contended Fat_Jesus. "That mole is not the same as the one in the other picture. Also that stubble looks like a hobo's face girl get that shit waxed." 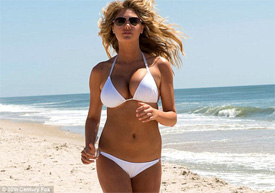 Unfortunately fat, Kate Upton received some of the harshest criticism for her grossness.Fat_Jesus's colleague MarshmallowMathers spotted another inconsistency, "Avril dick pics from an older set. She drinking beer so fake. FUCKING SUCKS."

All told, thousands of Redditors enjoyed a lively discussion about the merits and demerits of Jennifer Lawrence's body and how much they were going to ejaculate because of it. No consensus was reached, but it is hoped that further releases, including "full on pussy pics" and "fuck vids" might help bring clarity to the issue. When the supply of hacked photos is exhausted, it is possible that a renewable resource of Jennifer Lawrence nudes can be found by tearing off her clothes in public and circling her flaws with markers.

Those concerned with an invasion of privacy were quickly answered by defenders of the critique. Said one participant, "If she didn't want the criticism of her frankly fairly subpar nipples then she shouldn't have ever become famous and then privately photographed herself in a hotel."

At the end of a long day of analysis, it was Wizard_Weenus who summed things up.

"No thanks. Back to anime titties."