Which Movie Will Be More Bad: Blackhat or Jupiter Ascending?

What These Movies Are About

Jupiter Ascending asks: What if one of the lesser Star Wars movies had the visual design of the Underworld series? 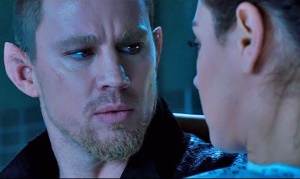 I've seen that guy before. He was great in the Oblivion and Mass Effect character creator menus.Mila Kunis plays Jupiter Jones, a very likely janitor and a perfectly normal human Earth woman. Targeted for assassination by family members of the recently departed Queen of the Universe, Jupiter finds out that she is destined to become the next Queen of the Universe herself.

It remains to be seen how the Mayor of the Universe feels about all this.

Oh! By the way, all life on Earth was created by aliens so they could come back when we reached "Darwinian perfection" and harvest our perfect bodies to make a serum that lets the aliens live forever.

No, this movie was not written by Lowtax's daughters. If it had been, the plot wouldn't be quite so convoluted.

Blackhat is about Chris Hemsworth, the only person who can stop the world's most dangerous hacker.

Now, fictional characters typically need some sort of weakness to balance them out and give them at least a vague illusion of depth. I'm guessing Hemsworth's weakness is that he cares too darn much. 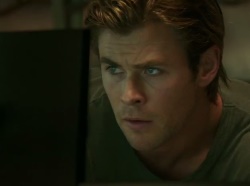 "I'm the only one in the world who can hack this. It's encrypted with a strength and beauty firewall."Blackhat is directed by Michael Mann. Dude made Manhunter, Heat, and Collateral.

The premise of Blackhat is certainly ridiculous. You know what else is ridiculous? A movie starring Val Kilmer's elbow bursitis. In spite of Mann's bizarre decision to give that elbow such a prominent role, Heat turned out to be fantastic. Blackhat could wind up being just as big of a surprise.

Jupiter Ascending... wow, this is hard. It's got spaceships. Those are pretty neat sometimes.

It's also got space, and space contains everything. So basically anything is possible. Even a wormhole to a different dimension where Jupiter Ascending looks like a good movie.

Why They Probably Won't Be Very Good

Jupiter Ascending is destined to be bad because it has the plot that was described earlier.

And if you do have both, you can't also have wolf DNA. Yet Channing Tatum's character does have all of that. And probably more.

"Let's see, what else can we slap on this guy? Do we have any boxing gloves laying around? Maybe a snorkel too."

Blackhat won't be good because Channing Tatum's character in Jupiter Ascending is too ridiculous. It's going to make this movie worse by proxy.

Space warrior with wolf DNA. Reluctantly falling in love with Jupiter, the janitor who is destined to become the Queen of the Universe. Aided by Sean Bean's character, who is described as being like Han Solo, only with bee DNA.

At some point, wacky ideas go from potentially fun to exhausting. This point comes on the first page of the script, where the words "Jupiter frowns at her mop, unaware of the cosmic assassins on their way to kill her because she's the Queen of the Universe" probably appear.

Which One Will Be More Bad