Yes, gather round chill'ns, it's time once again for Awful Movie Madness, an exciting and magical time when we bury ourselves alive in so many movies even we can't hear ourselves scream, but don't worry, we're screaming on the inside! Our brush with the Left Behind trilogy left us with an unfilled spiritual void in our lives, but we're not sure if it's Jesus or Kirk Cameron that we're jonesing for, so we've covered our bases with the classic divorce-romance Fireproof. Faith-based sad clown David A.R. White delivers unto us the body-switching catastrophe Me Again and the catatonically boring Brother White, and finally, The Freedom of Silence blesses us with a big dose of smugness, persecution complexes, and hacking the Gibson in the name of our Lord. Hallelujah! 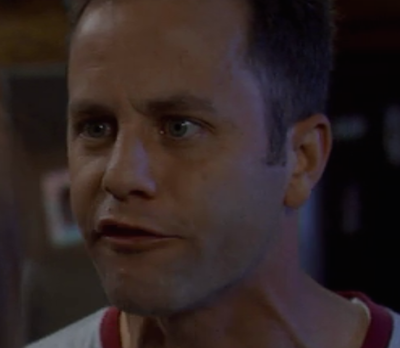 Heroically short firefighter Kirk Cameron (how's that for a casting decision?) is angry at his wife's constant shrew-like requests to have normal grownup conversations, "pay someone to paint a door" and "take an hour off from masturbating to go to the grocery store", and seems to want to destroy her face with his fucking rage over their seemingly mundane and really minor marital problems. That's all we can piece together from Kirk Cameron's terrible melodramatic overacting and creepy inability to connect with actual human emotions anyway, because the worst thing that ever happens in the actual events of the movie is a graphic and disturbing scene which no good Christian child should be allowed to watch, where he raises his voice at her and points his finger at her face threateningly.

Naturally she instantly files for divorce over this, which frankly seems like a good idea for everyone involved, but Kirk's dad gives him the "40 Day Love Dare", a handbook of cloying, insulting, and often just plain moronic "romantic gestures" that sound like they were lifted off of shitty heart-shaped candies and/or 3rd grade macaroni sparkle cards to methodically run through, because nothing says romance like robotically going through the motions of the Christian male equivalent of a "30 Ways to Please Your Man" Cosmopolitan article. 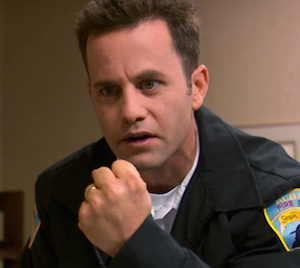 Hey MCFLYYYY! HAVE YOU HEARD THE GOOD NEWS?!Shockingly, none of that bullshit has the slightest effect on Kirk's wife, who is much more interested in the amorous advances of Dr. Heartthrob McSleazy. Her response to his candlelight dinners and heartfelt impassioned speeches involving repeated appeals to God is to merrily go ahead with the divorce anyway, but at the last minute he finds the one true way to her heart: giving up his dumbass slutty little piece of crap dream boat that he can't afford anyway and buying her ailing mother the fanciest fucking $24,000 gold-plated platinum spinner-rimmed nitro-infused wheelchair on the market for some reason instead. And so we all learn a valuable Christian lesson, that the true meaning of love is spending all of your money on what the other person wants, and the sanctity of marriage only matters as long as you don't whack off to pictures of boats on the internet sometimes. Amen.