Microsoft invited a few hundred members of the gaming press as well as celebrities and gaming developers to a special event in advance of E3 to celebrate the launch of their new motion-tracking interface called Project Natal. It has been given a new name (Kinect) and at the exciting event it is being debuted for an audience wearing special interactive ponchos. We are there to liveblog the event.

Just donned my Kinect poncho. Itagaki walked past and I had a quick talk about Oppai Ninja. He thinks Kinect can add a whole new level of interaction to the trampoline jumping, mechanical bull riding, and bottle kicking levels. 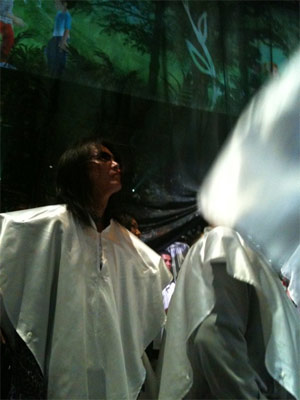 First demonstration of Kinect. Video on the big screen showing a family playing some regular games using the interface. Lots of flailing and jumping, but it looks like something I could get the hang of: 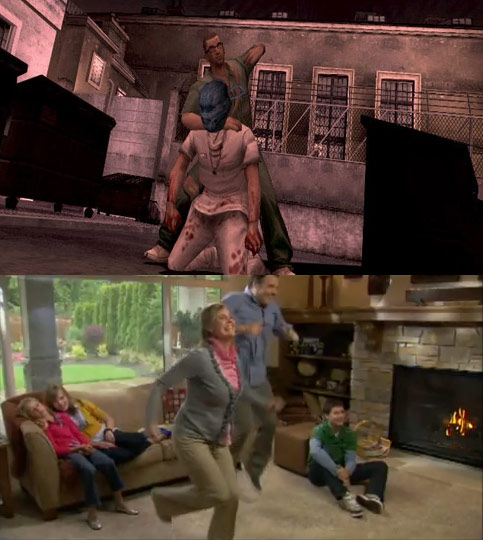 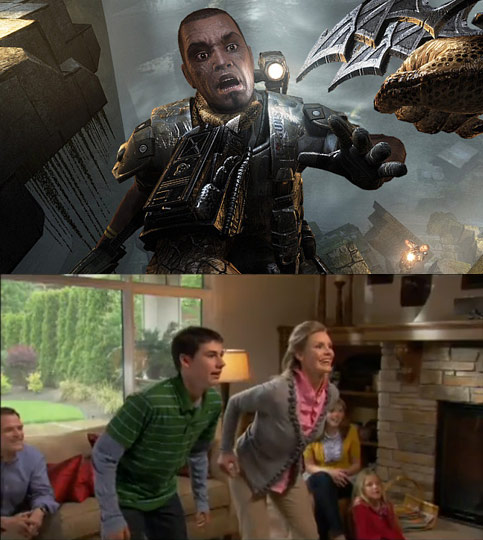 I just saw Cliffy B riding a tricycle. A virtual tricycle. Through Dinosaur Park! 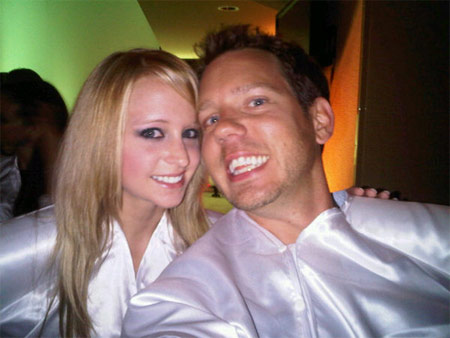 Update: It was Rumer Willis. Talk about embarrassing moments. I told her I wanted to run up her shoulder and stab her eyes with my sword. She was NOT cosplaying.

They're making us climb a foam wall and that's being projected on a giant TV and we have to punch and kick bottles falling at us. One of the guys from Destructoid just tore half the foam off the wall and broke the mermaid shell. 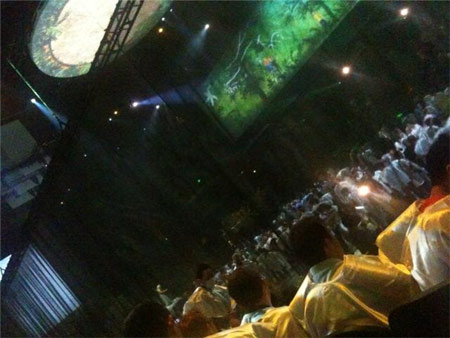 Those guys with the song about Pi just did a rap song about Haptics. What a hoot! I had no idea the host of MTV's Singled Out could rhyme about interfaces.

Cirque de Soleil people are wriggling around on a swinging net. Looks like they're going to climb down into the audience. I've been storing farts in my tech poncho for just this moment. 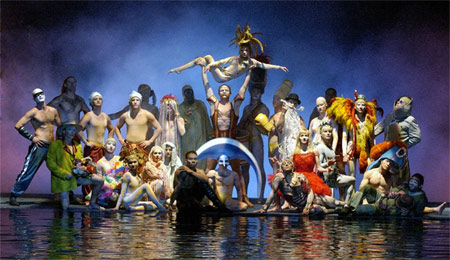 It's confirmed. New kicking/punching version of Gumshoe for the Kinect.

Was that Turtle from Entourage?