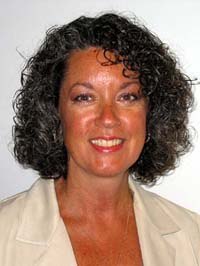 It'll be a nice night with good friends and fun times.Oh my God. Can you believe it's Friday!? Working on that darned Jameson account really put me through the wringer -- I barely stayed awake through Leno's headlines last night! But now the week's almost over and we can finally let loose. Yikes, I don't think they can make a cup of coffee strong enough for me today!

So listen, for this week's ladies' night, I thought we'd try something a little different. Now, I know we usually meet at Laura's, where we all split a Bartles & Jaymes 4-pack and watch reruns of Sex and the City on TBS, but tonight, I think we should really let our hair down. Let's go nuts. Ever since Martin left me for that -- for that -- well, don't make me say it! It's just that I think we all need to go out and show this town we can raise hell just as good as any 29 year-old substitute-gym-teaching husband-stealing whore that -- listen, Laura's living room smells like expired yogurt and I'm not going back there until she washes that damned dog of hers. The poor thing has eye boogers the size of caramel corn.

Anyway, here's the plan: after work, we cruise on over to Applebees. It's November, but you know what? We're putting the top down on my convertible. That's just the kind of night this is -- we're not going to play by the rules. And just guess what I'm going to do the second I get there. Yours truly is going to belly up to the bar and finally order that blue coconut margarita you gals keep daring me to drink. I don't even care that it costs 13 dollars! Then I'm going to flirt with that cute bartender with the shaved head (you know the one), because 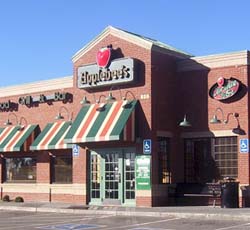 It's important to have your own special place to go where you can just let loose with the ladies.we are having fun tonight. And after our meal, we're not going to split a dessert this time... we're each getting our own! And here's the kicker: we won't be getting it there -- we're marching right across that strip mall parking lot and into Chili's, where we'll feast on cheesecake! Can you imagine? Eating dessert in a different restaurant? Hah, somebody better lock me up and throw away the key!

But don't think the night's going to be over after that. No way! We're driving right over to the mall -- top still down -- and trying on clothes we can't afford. Isn't that nutty? I've had my eye on a little number over at the Dress Barn, and I'm not letting you talk me out of it. And maybe I'll just sneak it into an empty shopping bag and -- oh, of course I'm kidding. That would be crazy! But I thought of another little zany prank to pull while we're there: before we leave, let's take a crap in the dressing rooms. I've thought about this a lot, and it would probably work best if we each did it in a different one. Can you imagine the looks on their faces after they see what we've done? Priceless! I think I'm going to go the extra mile and smear mine all over the mirror in there. It'll be just like college!

So where can we possibly go from there? I'll tell you where: the bad side of town. Don't look at me like that -- it's time we got out an lived a little! Now, I've been talking to Enrico in the mailroom, (Though I wish we would do more than talk -- I'm so bad!) and he knows a man on the East Side who can set us up with a gun. Oh, come on! Like you never fired a gun before -- I'm just trying to spice up our ladies' night! And before you say anything else, I know what you're thinking: just where are we going to get the money for an illegal firearm? Well, Enrico tells me that this man really likes white women, and you can't get any whiter than Laura! Oh, she'll be mad at first, but you know how Laura is. Besides, I think that girl could use a little action, even if it is against her will -- hey, you know me. I tell it like it is. 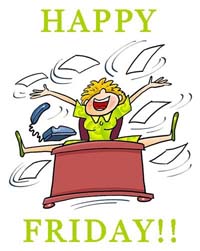 I found this on the Internet and just had to forward it to everyone in the department.

So, by this point it'll probably be around 11:30, two hours later than when our regular ladies' nights usually end -- but don't think we're going home just yet. No, we're going back to Applebees (I told you this would be crazy!) and picking up that bald bartender. By that point in the night I will have already negotiated a deal that will soon take us to my ex-husband's studio apartment down by the new Walgreen's. Oh, come on -- people play little pranks on their exes all the time! Haven't you ever seen movies? Anyway, we're going to break into Martin's little "love shack" and tie him up. Won't that be a hoot!? Then, we're going to shoot out Martin's kneecaps and set fire to his building! He. Is. Going. To. Be. So. Pissed. But not as pissed as the police when they find out we hopped state lines with our bald friend. He's already told me that making love to him involves a lot of strangling, but I guess we'll just have to roll with the punches because that's what I promised.

What? So Laura got finally rid of that dog? I guess we can wait until next week, then.

TGIF, am I right?