Thanksgiving is a time of year that many North Americans view with mixed emotions. On the one hand, we dread the impending holiday shopping season, and the pervasive commercialism that has divorced it entirely from its meaning and perverted it into an unstoppable soot-belching juggernaut fueled by money and excess. On the other hand, we feel a childlike excitement at the approach of the one day each year when our instinct for wantonness and gluttony is not only tolerated but rewarded. Most people are aware that there is a history behind Thanksgiving, because it is illogical to assume that the holiday arose spontaneously and without explanation, but they're also unclear on the specifics. That's why I've compiled this handy outline.

The holiday that we know today as Thanksgiving began in 1621, with a group of buckle-hatted misfits from England known as the Puritans, although they later changed their name to the Pilgrims after firing their drummer. Tired of being persecuted for disagreeing with the church and smoking too much, they hatched a plan. In 1620 they penned a manifesto proclaiming themselves to be "bigger than Jesus Christ" and nailed it to the door of the church. Then they all crammed themselves into a tiny modified cigarette boat with a leaky fiberglass hull and throttled away towards freedom. Their destination was the New World! A vast and largely uncharted wilderness teeming with all of the natural resources required to establish a settlement where they were free to live and worship as they pleased! It went off without a hitch. On December 11th 1620, they landed in Plymouth, Massachusetts. And then half of them starved to death! 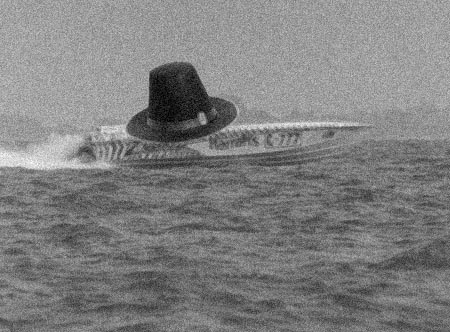 Fast forward to autumn, 1621. In stark contrast to the winter of the previous year, the Pilgrims pulled in a bumper crop of oats, crabgrass and a now extinct grain referred to in their literature only as "blandwheat". Smallpox, typhoid, and dysentery mercifully overtook starvation as the leading cause of death, and the settlers were elated.

In fact, so thrilled were they with their ability to avoid starving for nine months that they planned a great feast to give thanks to God for their bountiful harvest. They even agreed to temporarily put the campaign of genocide they were waging against the American Indian on hold in exchange for long days of backbreaking labor to be performed without compensation. Historians believe that it was this decision which led to Thanksgiving becoming not just a mere day of gratitude, but an orgiastic spree of shameless gorging and unapologetic wastefulness.

With no outlet for their bloodlust, the town grew restless and tensions ran high. On a crisp autumn morning, Governor William Bradford held a meeting in the town square to address the growing unrest among his people and delegate the responsibilities of preparing for the feast. Dozens of hunting parties were organized to scour the surrounding forests and destroy all living things. Behind the hunters, two man teams would follow to salt the earth and poison the groundwater. Below is an excerpt from Bradford's speech that day:

"From the sturdiest bison to the tiniest beetle: if it walks or crawls or slithers or swims, destroy it. If you cannot kill it for food, kill it for sport. Cut flesh until your blade is dull, fire until your musket runs dry of shot, smother every beast great and small with your hatred." 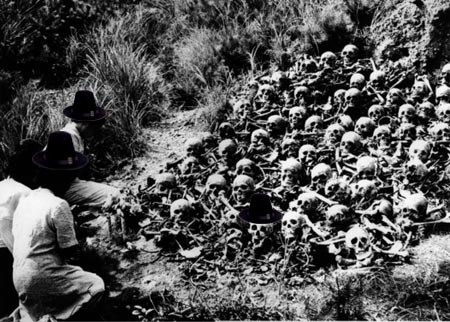 According to legend, Bradford then demonstrated by hobbling a passing doe with a fallen oak branch and drowning it by forcing its head into a small bucket of water. Inspired by his leadership an invigorated by the ghastly sputter of a gentle creature as its lungs filled with fluid, the townspeople set out into the woods to harvest meat and sate their appetite for torture. By the time the sun set on that very same day, the people had amassed a pile of carcasses in the town square. According to one man's journal:

"…in the center [of Plymouth] lay a pyramid of slain beasts as wide as a home and as tall as two men. Any path of cobblestone was too slicked with blood to walk on without taking great care. Blood had pooled in the low spots and formed pits of thick, tarry mud that were black as pitch and could suck the boot off any man who tread in them. On that night not even the crickets would chirp. Were they dead or just cowering? Either way was fine for us, and we danced godlessly about the fire pit like lustful heathens, robed in nothing but necklaces of sinew, while the savages pounded out rapturous rhythms on their deerskin drums." 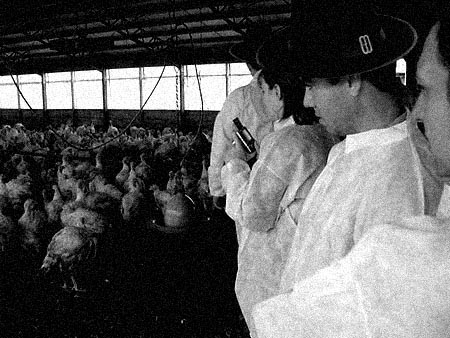 The next morning, still aglow from the previous day's slaughter, preparation began in earnest. The corpses were butchered and roasted, fruits were picked and vegetables were prepared, and a space was cleared in the center of town. Three days of round-the-clock eating ensued. By the second day, they had become so bloated and tired that they couldn't leave the table to move their own bowels. The modern Thanksgiving tradition of unbuttoning one's pants at the table dates back to this.

After the festivities had ended, local masons erected an eight foot tall tower out of animal skulls, and the concept of a Thanksgiving centerpiece was born. News of the feast quickly spread to neighboring towns, and in the years following 1621, the ritual of an autumn feast became widespread among colonial America. The traditions and customs of the holiday gradually took shape, undergoing a number of changes along the way. By the 1650s, dishes such as goose tallow pudding and pickled vinegar were no longer on the menu. In the 1680s it once again became fashionable to slaughter Native Americans during the Thanksgiving season, and remained that way until the late 1960s.

Although the way in which we celebrate Thanksgiving has changed greatly over the years, its original purpose remains intact: one last display of inhumanity and wastefulness before we're swept away by the torrent of manufactured sentimentality that comes along with the Christmas season. A final chance to cut loose and flout the laws of our savior before we're forced to buckle down and commemorate His murder. In conclusion, happy Thanksgiving America. Don't forget to get drunk and smother everything in butter! 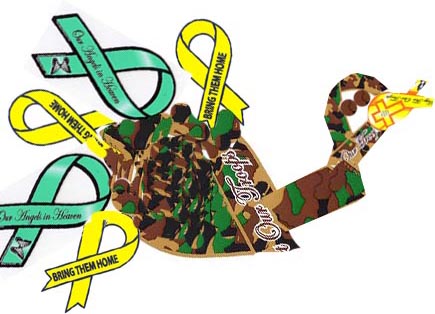 A dream is a wish your heart makes