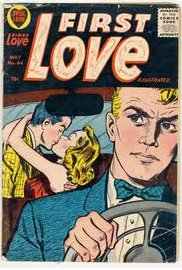 Missed you at the book club tonight, but I understand if you had a party. Having fun is important, but not as important as partying. (Due to my social anxiety I don't find partying fun but still value it as ascetic self-torture.) The fact that you share my view makes me want to give you a hug, in a non-romantic way, of course. I don't think I've ever actually found hugs romantic - since they're the closest thing I've experienced to intimacy with a girl, I mainly associate them with base, carnal desire. But I promise our hug would be totally platonic.


How's finding me a girlfriend coming? I hope you find someone attracted to gay men. Not because I'm gay but because my masculinity is in a slump and I need a slow pitch.

As security came I tried to fend them off with a book, which happened to be Steve Harvey's "Act Like a Lady, Think Like a Man." I'm adopting its thesis, with one change - instead of acting like a lady and thinking like a man, I'm going to act and think like a man. Men are assertive, so from now on instead of asking for love I'm going to beg, since begging is a more assertive form of asking. I'll stand on a corner with a sign saying "Free Handjobs" and when people ask if I'm giving free handjobs I'll say no, I'm soliciting them.

I need some advic 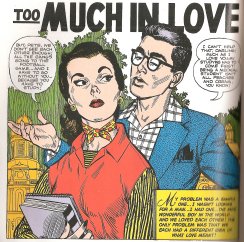 e on dating - I just sent a mass "wink" on eHarmony and expect a flood of replies. Where's the best place to take a girl to dinner? I'm thinking McDonald's since I work there and get free food, but on the other hand I'm an emotional eater so if I were in love I might eat cheeseburgers until I had a heart attack. That would suck unless my date did CPR since that's almost second base.


I also have a couple questions about sex. I know girls have vaginas, but I've heard they also have "labias" and I don't want to confuse them. I sort of know what vaginas look like from college when I took Women's Studies and got medical school syndrome and thought my penis had turned into one. I image-searched "Vagina" in the computer lab but SafeSearch was on so I just got an MSPaint drawing that was either a vagina or the final boss of Quake. I've never seen a labia, though. Can you describe one to me? Not in a sexy way, since that would be cybersex, but in a cold, technical way. If it's anything like my mental image - a wet, pink barnacle with fangs - it's not that sexy anyway.

My other question is about sex being compared to chess. Guys at work do it and it always confuses me. What is the "king's gambit" or the "Sicilian defense?" If it's really graphic don't answer.