Drunk on Rumune (a mix of rum and Ramune) so I'll be honest: I'm attracted to you. I've concealed it so far because you have boyfriends, but I'm getting lonely, which is The Worst Thing in the World. (Sorry about the weird capitalization. I sort of broke my keyboard in a freak accident while looking at porn.) So now that that's out in the open, I'm hoping we can go out. It doesn't have to mean anything, although I sort of want it to since the songs I've heard about meaningless relationships make them sound terrible. Even worse than being a virgin, which isn't that bad actually, except when I see Victoria's Secret commercials and suspect there isn't a secret at all, but can't be sure.

I thought of some sexy things I'd like you to say on our first date. Hopefully I can type them before my Enter key shorts out and sends th

You never returned my message. I hope you aren't mad, but if you are I understand. I got mad too, which is why I unfriended you on Facebook. I suffer from all-or-nothing thinking because I'm a technosexualist now and see everything in binary, so when my dating request returned a zero I responded in kind.

Sometimes I think I was meant to be a legless astronaut, the ones NASA clones to man tiny spacecraft. I might meet an alien girl with multiple arms of breasts and we'd fall in love. My lack of limbs and her surplus of them would complete each other, like fleshy tetris blocks.

Being born with parts missing, except for a reason.

So you ignored me at book club last night so I assume you don't want to be friends anymore. That's fine, since I was feeling trapped in this friendship anyway. I'm a free spirit like a unicorn or trashbear and you can put a bear in the circus but you can't make him wear stilts. I'm not sure what that last part means but I say it to all the girls who want to tame me, by putting it in my Gothspace profile, which I assume is read by a lot of girls who want to tame me, either figuratively or because they're equestrian fetishists. 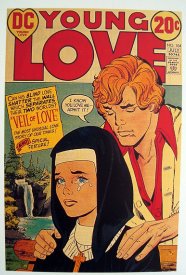 This is my last message.

Last night while listening to the radio on the way to work I heard "Eighteen" by Alice Cooper. It reminded me of the time I took ecstasy at an Alice Cooper concert and was arrested, so to speak, by Cooper's evocative lyrics, but then got literally arrested by a police officer. The pat-down he gave me was the only time another hand has touched my genitals. This memory reminded me of how lonely I am so I decided to commit suicide.

I went into McDonald's and stuck the grease hose up my nose to siphon out my brains, but the hose sucked that night (or actually it didn't suck - HA!) so I only got a nosebleed. I decided to kill myself after work, but midway through my shift something funny happened: I thought of you, how I'd never hold you, never kiss you, never caress that part of your neck above your tattoo-removal scar. It was awful, and by awful I mean great, because it gave me something to look forward to: once I was dead, I'd never have to think of you again! I was so happy, my heart almost blew up.

Ironically, that happiness saved me. I decided any world where you can be so happy, even once, isn't worth leaving. I won't write you again. I owe you that much. You saved my life.

PS: Even though our friendship is over, I hope we can still be acquaintances.