I Made Fun of My Computer, Then Lightning Destroyed It

A few weeks ago I made some jokes at the expense of my decrepit PC. Last Monday a karma-shaped bolt of lightning struck the side of my house and blasted that computer to smithereens.

Okay, not exactly. The lightning thing did happen but the computer didn't blow up. Or catch fire. It pretty much just stopped working. I don't get many chances to say something was blasted to smithereens, though, so I went for it. Please understand.

My PC was as old as dirt covered in dust, so no big loss, right? Well, I was hoping it would chug along for a few more months. Maybe by then the new components I super can't afford would drop to prices I mostly can't afford.

Also, I was using the darn thing. The temporary setup I'm using to post this update is essentially three coconuts fastened to a piece of driftwood with a length of vine. And two of the coconuts don't even work.

I told Lowtax about my dead computer, fishing for sympathy. Obviously a fantastic idea. He was as helpful as you'd imagine.

Come to think of it, he might be on to something. This is the build I've been planning: 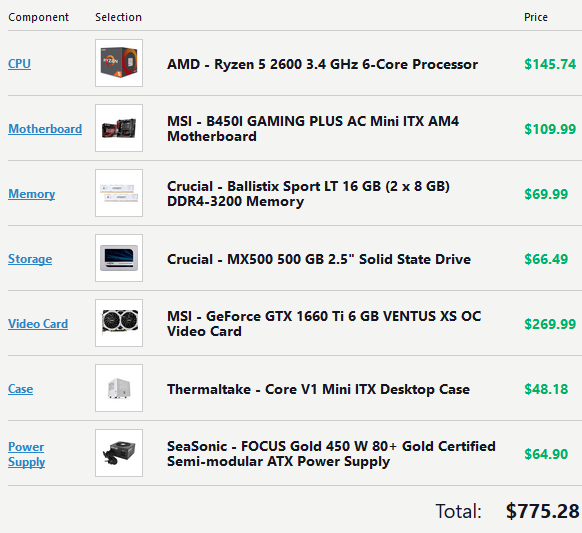 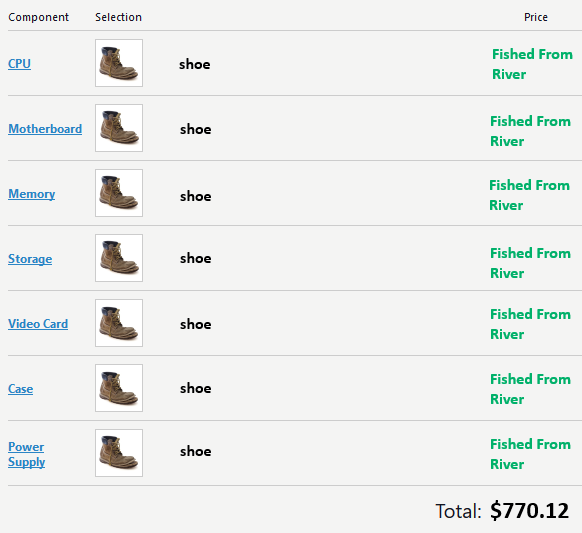 That's a tremendous savings! I'll have to consult some benchmarks, but it looks like the shoe PC has a clear advantage.

Donald Trump and every person who ever supported him wouldn't know a RAM chip from a potato chip.