New SAFETY Rules for Operating an Abortion Clinic in Missouri 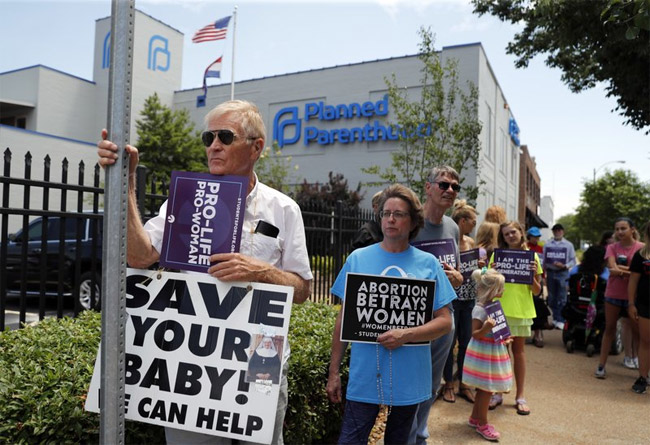 Abortion is still technically legal in the State of Missouri, we just have a few rules that we have enshrined into law to make sure everything is above board. Please keep in mind this is all about respecting women and respecting their choices. Abortion is LEGAL. We're just looking out for the woman.

Express Exit - A slide must be installed in the clinic allowing any woman in any examining room to immediately hop off the table, through a door, and slide directly out of the building to an area called the "PRIZE ZONE." Celebratory music (mariachi or polka) will play when a woman use the Express Exit and she is entitled to a $5 chamber of commerce gift card.

Certainty Adviser - A man over the age of sixty wearing a business suit must be present in the examining room to stare at the pregnant woman and serve as a "Certainty Adviser." Any time she answers any question posed by a doctor or nurse he will ask, "Are you sure?" If she answers "no" then he is authorized to grab the woman and jump down the slide to the PRIZE ZONE. This man is allowed to smoke and make sex comments about the women also, including demeaning remarks about their bodies as well as compliments. He also gets to see EVERYTHING.

Unborn Advocacy Video - A DVD produced by the State of Missouri must be played for any woman considering an abortion. This will consist of a child's silhouette and their voice pleading, "Please, mommy, don't do it. Don't kill me. I don't want to die. I want to become an astronaut or the president. I want to ride the Adventure Zipline in Branson, Missouri and take the Scenic Railway of Branson, Missouri."

Fetal Hybrid Simulation - Just before an abortion procedure, a woman's ultrasound information will be uploaded to a software program and extrapolated to show her child morphing into a hybrid with her favorite type of animal. Currently available are cat, dog, parrot, cow, and shark. This simulated hybrid then bulks up its muscles and punches through a brick wall that has "ABORTION" spray-painted on it. 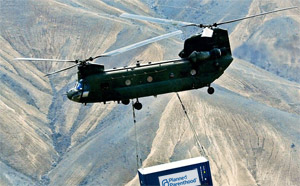 Sterile Operating Room - To ensure the safety of the pregnant woman, the abortion must be conducted inside a surgical helicopter. This helicopter must hover above the clinic at least 500 feet so that no germs can contaminate it. It is not allowed to land, but a rope ladder can be lowered from the operating room inside. It must be refueled in midair day and night.

Last Chance Clause - During the abortion procedure, before using any method to irrevocably terminate the pregnancy, the physician must shine a flashlight under their own face and say in an evil voice, "I'm about to send you to hell, bitch! Do you want to go to hell, bitch?" If the woman says "No" the helicopter may be landed in the PRIZE ZONE but it must be destroyed and replaced with a new surgical helicopter.

Death Button - If the woman still insists on proceeding with the abortion, then she must be the one to activate the death method. Ominous music will be played and the doctor will present the woman with a button with a skull on it that is labeled "TOTAL INFANT DESTRUCTION." The woman must press this button and hold it down for 30 seconds while child screams and explosions play on speakers. If she does not release the button the baby will be pre-aborted.

Abortion Dream - At this point the woman will be sedated and returned to a bed in the abortion clinic. Once she emerges from sedation, a "Nurse" will explain that it was all a bad dream from god. The abortion hasn't actually happened yet. She has one last chance to reconsider. She then has to sign a document that says in large text, "I hereby declare I am an abortionist for life."

Final Countdown - If the woman still signs the document, she will be returned to the surgical helicopter and the final countdown to abortion will begin. This counts down to zero (when the abortion occurs) from 100,000,000. If the woman stops the countdown for any reason it resets.

Yes, abortion could be a quick, painless, and far less terrifying procedure performed by medical professionals in a supportive environment, but Missouri cares about women and their safety. That is ALL this is about.