Dear Lisa, I Have a Drug Problem 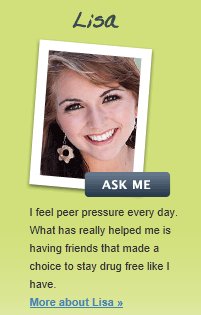 I'm obsessed with drugs. I think about them all the time, to the point where they've started randomly appearing in my memories. I'm 18 and getting bullied by girls at the bus stop when suddenly a meth lab falls on one of the girls, killing her and distracting her friends long enough for me to escape. I hide in an anime convention, where people are browsing katana swords with the same blissful look girls get when making fun of me. I realize that while there are a million types of pain all pleasure is basically the same, so what does it matter where one gets it from, whether it be bullying, anime or even drugs?

I buy some DMT, but the dealer accidentally gives me the synthetic estrogen DES. I take several shots but feel nothing. Later at a football game I realize I've been shooting into a cyst and pop it, filling my body with DES. It turns me into a woman so fast I become a black hole of testosterone, sucking in all the men in the stands, their bodies spaghettifying on the event horizon of my vagina. A cameraman records the incident and plays it backwards on the Jumbotron, so it looks like I'm giving birth to thousands of men.

To avoid further mishaps I get a cystectomy, but the doctor thinks it's the bladder kind and removes my bladder, rerouting my urine to my sweat glands. The next day a doctor performing a drug test has to lick me and see if he gets high. I've been taking Adderall and the doctor gets stimulant psychosis and tries to do a zeroth trimester abortion by cutting out my womb. I take some DSL, a form of LSD that sends you back in time, and tell my 16-year-old self to never do drugs. Because I'm the first girl who's ever talked to him he asks me out. When I say no, he gets depressed and smokes crack, making my teeth fall out and a tramp stamp appear on my back.

I knock the pipe from his hand with the strong arms I got in prison and take some more DSL with orange juice, planning to visit myself before puberty. But I forget that orange juice potentiates time-travel effects, sending me back to the dawn of time where I'm gored by a wooly mammoth. I think this would make a good anti-drug ad. If you want to use it let me know. 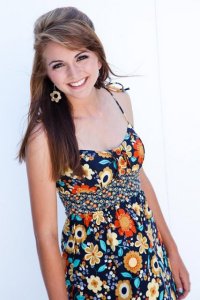 I became an addict by borrowing my friend's car, which had a broken breathalyzer that let you drive only when intoxicated. To be a designated driver I had to drink beer, then do coke to cancel out the beer, then Quaaludes to take the edge off the coke, then PCP to stay awake on the Quaaludes, then more beer to drown out my friends, who'd be yelling at me to find my clothes and get off the roof because they wanted to go home.

I'd usually end up in the room where people too trashed to party sit and stare at the floor. It was always too crowded. Someday party hosts will increase its capacity, maybe altering gravity so people can sit on the walls and ceiling. Parties will be routinized until their attendant problems - fights, puking, ghosts of people who lost at drinking games staring at you accusingly - are a thing of the past.

Driving home I had to make pit stops at liquor stores to keep the alcohol on my breath. The stores got farther apart, traffic got worse. A crashed Burger Hub delivery car with a frialator in the trunk spilled burning vegetable oil across the highway. But I felt great, totally alive, as though until now I'd been some sort of zombie. Like Jason Voorhees in the horror/stoner comedy Next Friday ... the 13th! My friend Lana and I had watched that movie recently, along with Ice Cube's other horror films, Are We Dead Yet? and Nightmare on the Street the Barbershop Is On.

"This is where Craig blows chronic smoke in Jason's face, stunning him long enough for Smokey to run him over in his El Camino," Lana said.

"The friendship between Craig and Smokey reminds me of what great friends we are and how much you mean to me," I said. 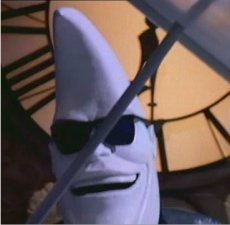 I'm going through withdrawals and staring at the moon, wondering if it's the face of a laughing god or just a hologram projected by NASA so they can finance fake missions to it and spend the money on malt liquor and prostitutes, and which possibility would be worse. The room is full of syringes stuck in the floor like steeples to an underground God. The table is covered with crack vials. They remind me of coffins, because as an addict to both crack and formaldehyde I crave the contents of both.

I've heard the moon is the god of addiction because of all the Romantics who smoked opium and gazed at it. I once asked McDonalds' moon-shaped mascot Mac Tonight for some drugs, but he said that contrary to rumors he has nothing to do with addiction. Leaving the restaurant I passed people gorging themselves with fast food, their faces edged in green light from a utility truck replacing a transformer McDonald's had blown overusing its defibrillator. I met a blind man who said that after he passes out in an MSG coma his dog drags him home, although sometimes he wishes the dog would drag him somewhere else, somewhere new where he could start over.

I stole the man's wallet and bought some LDS, a Mormon drug that's a lot like LSD except you periodically see angels with trumpets. If you overdose on LDS you get raptured. It looks a lot like the end-level animation in Zool where your sprite twirls into the sky surrounded by gold coins. I remember playing that game as a child while my parents fought in the next room. I look at my mom, who's about to make a face that will make me fear relationships for the rest of my life. But then a bunch of heroin bricks fall from the ceiling like Tetris blocks, blocking the doorway.