The Finals for the Competitive Low-Note Singing Tournament are one of the most exciting times of the year for the competitors, but now, due to the miracles of modern technology, it is equally thrilling for you. This year the championship will be chosen entirely by fan votes. Below are the five finalists selected by the CLNS Board of Approval. Review each finalist and vote for your favorite. Please only one vote per person. Not valid in Moldova.

These are the most serious low-note singers in the world. With vocal cords stretched to the limit and then deep fried, these amazing athletes are competing for the chance to record their work in a professional studio. After the album is complete, a special update will announce the winner and play their discography. He or she will also receive: an eight stop promotional tour, low-note singing lessons, a voucher for free drinks at participating Subways, and three season tickets to the Columbus Blue Jackets. Winners will be announced July 11th, so submit your ballots early. 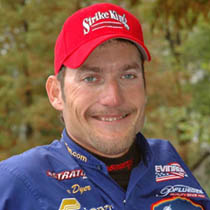 Keith's career has been equally worshipped and reviled by fans across the country. Considered by many to be the new face of the sport, Keith's willingness to accept sponsors and appear in commercials provides him with financial comfort as well as international fame. Forbes Magazine ranked him as the 190th richest athlete in the state of Georgia for 2005 and 2009, due to two extremely successful seasons and his willingness to live at home with his mother Ruth.

Keith's singing abilities have commonly been compared to the low howl that flows through an old barn during hurricane season. By submerging his head under water in any lake with low salinity, Keith is able to attract all nearby mature large mouth bass through his singing ability. Though a surefire finalist, Keith will have to step his game up a notch if he hopes to succeed this year. 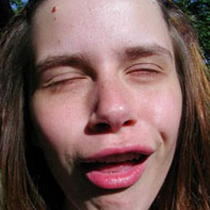 Considered to be the most naturally talented low-note singer in the world, Alex's only challenge is in his heart. The son of three time CLNS championships Brett Benton (78, 82, 91), Alex was crowned the "Golden Child" of competitive low-note singing before he could walk. By age seven, he was competing in amateur tournaments. By ten he was in the Champions Series. Alex suffered a throat injury during the 2006 championship in Jamaica, and the pressures of failure caused a nervous breakdown. It was during these panic attacks that Alex admitted using narcotics for the first time as a means of escape. For the past three seasons, Alex "Bonger" Benton has failed to make it to the finals and has shown little effort in his training. Drug rates across the country have skyrocketed as youth attempt to mimic their idol. At the preseason press conference, Alex said he was clean, working with community D.A.R.E. programs, and coming to win the titles he rightly deserves.

Alex has mentioned in numerous interviews that he has created a new, unique style of low-note singing capable of breaking glass. He is said to have perfected it earlier this year when he simultaneously shattered all of his bongs. His previous, though unusual, technique (having a young child shove their fist down his throat) allowed for a strong, guttural delivery, but it seems as if his new approach will be more in the more traditional realm. 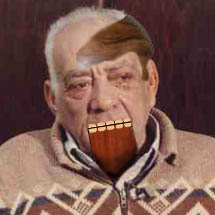 After a freak logging accident, Johnny lost his jaw, the right side of his head, and the majority of his brain. Upon waking from his coma, he began whittling the prosthetic replacements that now adorn his face and cranial cavity. His lengthy career in competitive low note singing (CLNS) is often attributed to his determination and his complete lack of short-term memory. He approaches each competition like it's his first because that is what he thinks. Originally relegated to the CLNS Tournaments for Special and Handicap Participants, Johnny was allowed to compete in the main events when the committee cleared his wooden windpipes.

Referred to by his enemies as "Mr. Nutcracker", Johnny is a hot topic in the CLNS Championships. Many challengers feel that his artificial windpipes and tongue are an extreme advantage, but the committee referenced the lack of saliva and ability to pronounce words as leveling factors. When Johnny preforms, one can expect for one of the strongest starts, but as he continues and the wooden jaw begins to warm and bend, his ability to maintain the low notes begins to fade. For three years (2004 - 2006) Johnny was disqualified for an unoiled hinge in his jaw, causing loud squeaks and all of his low-note attempts to be ruined, but he appears ready this year with a can of WD-40 and the determination to bring a championship home to his wife (wife died in 1997, but without short term memory, he still dedicates all of his work to her.)