The basic design of the Mac Pro remained the same in the seven years following its debut. During Monday's WWDC event, Apple unveiled a startling new look for their most powerful computer: 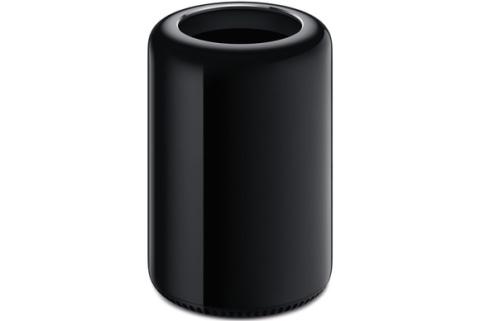 Sleek. Elegant. Drawing inspiration from a variety of muses, from hotel trash cans to e-cigs and keychain flashlights. If a piece of technology as goofy looking as this catches on, I won't feel remotely self-conscious in a few months when I strap an Oculus Rift to my face around other people or (much more likely) alone in my home.

Apple employs some of the most respected product designers in the world. The Mac Pro might seem like a half-assed concept whipped up in an afternoon with Google SketchUp, but an astonishing amount of work went into its many prototypes, and it actually improved with each revision.

That's right, it used to be worse. 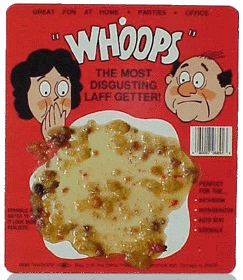 The first Mac Pro design was experimental. It set out to challenge the way that we think about computers and technology. What if your computer wasn't just a box? What if it was a pile of fake vomit?

Taking full advantage of the unique puddle layout, Apple assigned each component to a "chunk", disguising the motherboard as a half-digested pepper, passing off the cpu as a kernel of corn, and connecting everything with a layer of gel that doubled as a thermal cooling paste.

Functionally, it was a breakthrough in engineering. Unfortunately the concept was scrapped when Apple ran into difficulties getting the synthetic hot dog chunks to taste like real hot dogs. 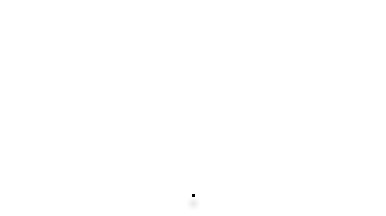 The Mac Pro Mini, magnified 1000x in this photo, was an even bigger breakthrough. Coming in at just one cubic picometer, this tiny powerhouse personified the core tenets of Apple's design philosophy. It was simple. It was understated. When you booted it up into OSX, it had the same inexplicably horrible mouse acceleration that you've come to expect.

If the engineers had been able to attach a power cord and display adapter to the computer without shattering its components into their core elements, it could have been a revolutionary, magical, life changing, beautiful post-PC device. 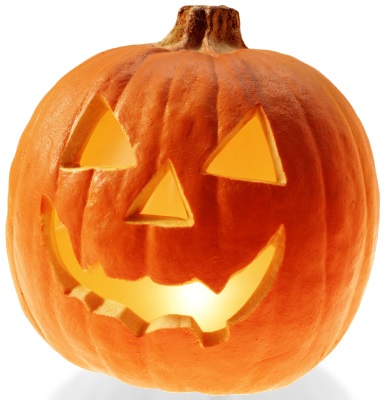 It looks like a pumpkin that's been carved into a frightening Halloween face. A fully functional candle appears to flicker lazily in the scoop-out out head. In reality, it's a solid chunk of 100% eco-friendly brushed aluminum. This was easily the most eye-catching design to come out of Apple in years. This was the Mac Pro.

So why didn't this fantastic computer make it to production?

"That Mac Pro was hella scary," remarked a shivering Jonathan Ive as he clung to the upper branch of a tree on Apple's sprawling campus. The Senior Vice President of Industrial Design felt he had an obligation to protect consumers. "I was afraid that if I turned it off, I would die or my teeth would all turn to candy corns and fall out. So I just left it on all the time. I couldn't sleep with that ominous candle light forcing its way through my tightly drawn eyelids, calling to mind the most horrific images, like plastic spiders falling on my shoulders, or ghostly figures in sheets doing jazz hands and saying 'boooo' at me." 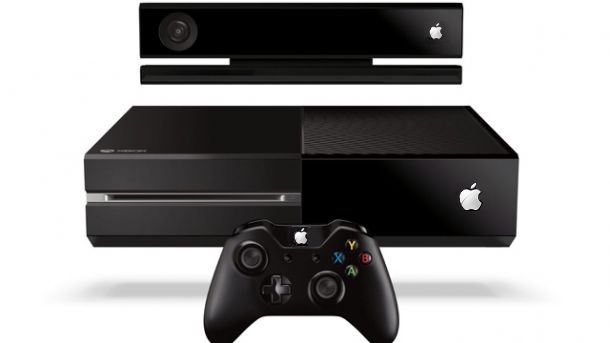 The Mac Pro One. Not just a radical new direction in design, but in the restriction of its use. It would be considerably less powerful and more expensive than its competition, but would pretend to offload 99% of its calculations to the magical cloud. Owners would have to connect to the internet at least once every 24 hours or be locked out of their applications. The computer would not function without the camera and motion sensor. Other people could use the computer, but only after they had been added to the owner's address book for one month, and this could only be done once, unless other restrictions applied. Pretty much anything you'd actually want to do with the system would only be allowed if you followed very specific guidelines which customer support and the corporate office would rarely agree upon.

Fortunately, Apple realized that even if a majority of its customers wouldn't be affected by the new policies in the Mac Pro One, it would still be writing off a percent of its user base and presenting all sorts of potential problems without benefiting a single user in any way.

At this point, a goofy trash can seemed like a perfectly acceptable and harmless idea.