I'm sitting with Donald Clinksdale, CEO of Familytainment Media - the creators of Nintendo Wii's Barnyard Carnival Party Games. Donald is a sweaty, unpleasant man, and he's agreed to show me around as long as I pay for his lunch. He tells me the basement level of the Electronic Entertainment Expo is home to bargainware developers and other non-innovative companies, and he's not sure why his booth was moved down here.

"The guys upstairs, the guys running the expo, they tell me to pack up my stuff," he gripes. "I'm on the wrong floor. There aren't even any lights down here. I saw a man selling candles and torches in the stairwell, and I thought he was joking. I bet he's making a fortune. Hey, we're getting lunch soon, right?" Donald sneaks away shortly after he gets his chicken caesar wrap. 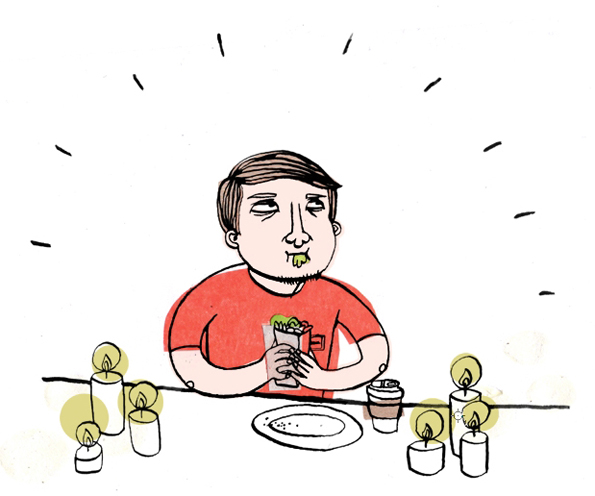 One floor above me, the giants of the gaming industry impress luckier reporters with dazzling showcases. Down here, the only excitement comes in the form of loud boos. The press has largely abandoned the area, and the booth operators are turning on each other. Gerry Wiltman of Fun-U-Mental Games grabs me by the collar and explains "I figure if we weren't set up next to Truck Fishin Entertainment we'd have a bigger turnout. Why'd they stick us with all the undesirables?" Gerry's company released 88 horse-grooming simulators last year. This year they still have no other ideas.

"I live in a boiler room," Jason Milrod explains to me, "so this is normal." His booth is also a boiler room. He shows me around. There's a portable TV with a demo of Spaghetti Boy's Adventure, the first working demo I've seen today. "We wanted to combine the look and feel of Minecraft with no sandbox gameplay. You can choose between eight different sauce guns." Jason picks up the Playstation 2 controller and starts playing. He's no longer demonstrating the game for my benefit; he is having too much fun spraying pixel sauce onto blocks. 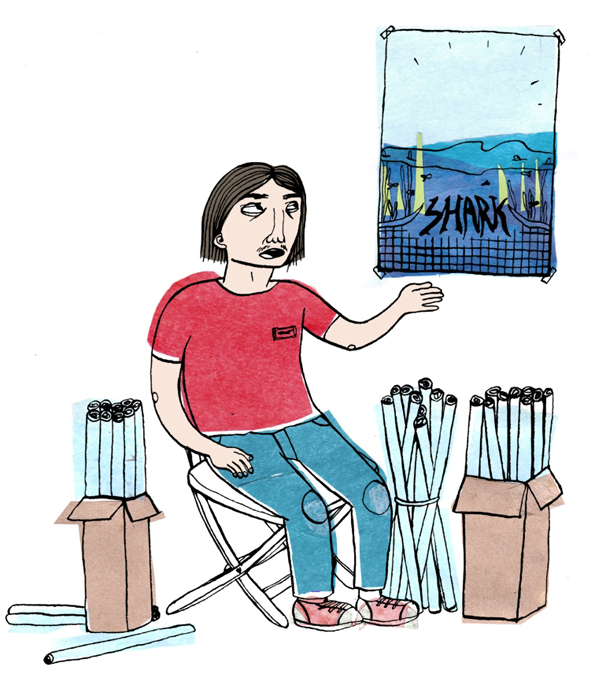 Some exhibitors have no booth at all. "I spent all my money on these posters," says Kyle Gum. "They're selling like hotcake. Just one so far." Kyle's Indiegogo campaign recently failed. "It's better to use Indiegogo instead of Kickstarter, they let you keep the money even if you don't reach your goal. That's how I could afford the posters. See? 'Shark.'" The posters do say 'Shark' but there is no picture of a shark accompanying the text. "Yeah, my idea was for a shark game. Remember Ecco the Dolphin?" I do remember Ecco the Dolphin. Kyle nods his head enthusiastically, but he does not offer any more details regarding his project.