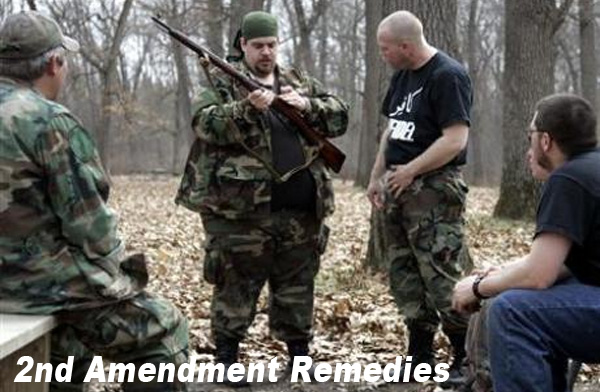 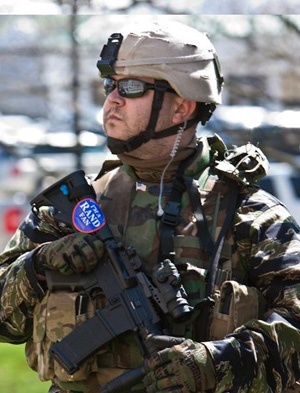 After many years of threatening secession, the states began to topple in 2017 and much of the South fell into revolt. Anti-government fighters took up arms against the United States while a new government was formed in an Old Country Buffet in the Florida Panhandle. Federal policemen were fired upon and federal buildings were attacked with bombs and small arms. These attacks soon escalated into outright warfare.

It became known as the New American Revolution. After years of training and equipping and filling undeground bunkers with oats, the patriots donned their tri-corn caps and grabbed their highest-caliber rifle, which they were usually already holding, and joined the fight wherever possible. These scratch units would meet the forces of the United States in pitched battles.

The Battle of the Missouri Cracker Barrel (May 2nd, 2017)

Hoping to turn video game success into real action, a small force of stay-at-home-dad Patriots armed with dozens of pistols and rifles stormed the Cracker Barrel in Wayansburg, Missouri, seizing control of the moon pies and candy bins and commandeering the teddy bears in rocking chairs. Under penalty of death, the employees were forced to continue to serve breakfast. By noon that day a US Army helicopter had arrived. The rebels opened fire and were surprised, along with most of the employees, to be killed almost immediately by a Hellfire missile. Several hundred men from the Missouri National Guard secured the smoldering remains.

An antique mall, a Chinese restaurant, a Subway restaurant, a closed comic book store, and a sporting goods store were briefly captured by men of the Jacksonville Freedom SEAL Team Guard. The Gadsden flag was run up the flagpole outside and inside the men smashed up Tiffany lamps and tried out crab Rangoon subs. Their demand was the complete resignation of all US government office-holders and the surrender of the United States to Florida's panhandle. Shortly before nine PM, a salvo of rockets from a US Army M270 MLRS vehicle located 45 kilometers away obliterated the strip mall with such force that the dental records of the men inside were somehow blown off the dentist's office computer.

The Second Battle of the Missouri Cracker Barrel (May 11th, 2017)

Men in full ghillie suits with headset mics and shotguns took up positions in the rubble of the Cracker Barrel destroyed days earlier and began to help each other administer their insulin injections. They managed to hold out for several seconds against concerted attack from a single light armored vehicle of the US Army. 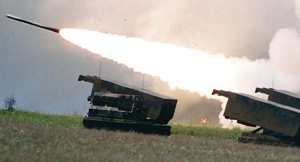 In the main rebel offensive of the war, a group of men in full camouflage with scopes and sniper rifles attacked the front gate of Lackland Air Force Base in Texas. They killed the guard on duty and attempted to advance through the gate when they were struck by a laser-guided bomb. The survivors of this group were struck with a second bomb. No one thinks any of them survived the second bomb, but a third and fourth bomb were dropped on them just to be sure.

All told some 850,000 souls gave their life on the side of the patriots and Gary Thompson, a gate guard at Lackland Air Base, was killed bringing the total of US military deaths to one. Later, the government of the United States was completely voted out of office in something called an election.