The Magic of the Internet Prism

As we all know, the Internet has proven to be nothing of the sort. Stripped of their loathsome bodies, the troglodytes that inhabit the glowing corridors of information have turned out to be a petty, egotistical and largely inane lot of cretins obsessed with sex. Rather than a glorious utopia for research and learning, the Internet has become a tool for people to transform themselves into something else. In the more obvious cases they try to escape from reality, to become a character of their own devising, from something as fanciful as a furry to something as deceptively mundane as a different person.

More commonly, however, the Internet serves as a prism, through which the user unconsciously creates an idealized representation of themselves. It is a combination of vanity and low self-esteem that compels everyone to apply a sort of mental airbrush when it comes to portraying themselves on the Internet. Here is an illustration explaining this complex process:

I would like to devote today's updating to celebrating those who pass unwittingly through the Internet Prism to become something different. 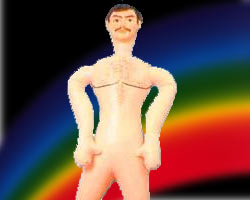 Real Life: A slovenly sad sack with a sex life so dismal that he is more likely to spontaneously spore than to ever reproduce sexually. Will either marry the first woman who kisses him or spend the rest of his life living in his parent's basement.
The Internet: The Internet Male has been described here before, but he is an ever-spreading species. He is a chauvinist to the core who treats women the way he feels that women treat him. He is a firm believer in the ladder theory who constantly espouses the value of various speed seduction techniques. The Internet Male finds flaws in every woman and exudes hyper masculinity until the moment a female arrives in his vicinity. At that point Internet Male either flops back into a fawning or groveling attempt at winning the woman's affection or declares her a "whore" and demands that she "post her tits."
Habitat: Universal. The Internet Male can be found inhabiting every corner of the Internet. Population density decreases on boards and in chat rooms dominated by women and men pretending to be women.
Defining Quote: "Mandy Moore disgusts me. I don't understand how anyone can find her attractive."
Mortal Enemy: Internet Male hates Internet Socialite. The irony, of course, is that in real life they are probably perfect for each other. Unfortunately, their fanciful Internet Prism images are like two carefully chosen Pokémon dueling it out until their mutual destruction is assured. 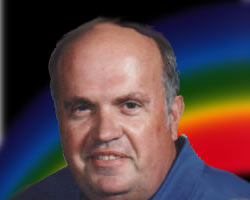 Real Life: A person with a hobby and intellectual low self-esteem.
The Internet: A person with unparalleled knowledge and absolute mastery of a given subject. The Internet Expert usually displays this quasi-knowledge in one of two ways, depending upon his setting. Among his Internet Expert peers he will engage in heated shouting matches and long arguments over minutiae. Among non-Internet Experts the Internet Expert will gloat about his superior knowledge and remark upon the astounding ignorance of the plebeians with whom he is forced to share the Internet.
Habitat: Largely congregates in specialty newsgroups or on specialty forums, but will usually have a side "general" habitat where he can impress others with his incredible knowledge. Has written or edited a Wikipedia article, probably incorrectly.
Defining Quote: "Heh, you guys think everything is an assault rifle. News flash: just because it looks like an AK-47 doesn't mean it's an AK-47."
Mortal Enemy: The mortal enemy of an Internet Expert is always another Internet Expert. That said, an Internet Expert can be dealt a crushing blow by a non-expert who manages to factually contradict their argument or information. This will often send an Internet Expert careening towards a dramatic implosion. 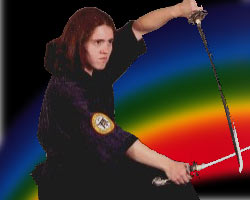 Real Life: A timid person who is frequently picked on by others.
The Internet: Passive aggressive machismo. Nothing frightens or phases Internet Badass and he's constantly wondering if that means something is wrong with him. Is it wrong that he ate a sandwich while watching that beheading video? Should he have been freaked out by that car accident he was just in? Is he going to hell because he laughed at that picture of the deformed fetus? The Internet Badass also loves to tell stories about how he dealt a stunning blow to his oppressors. He takes true stories of being teased, bullied or otherwise mistreated and adds in a wildly implausible ending where he executes karate moves, wields a katana or utters some pithy one-liner to crush his tormentors.
Habitat: Ubiquitous. Highest concentrations of Internet Badass can be found on the forums for Jackass-style video clip sites where teenagers hammer tacks into their faces.
Defining Quote:"There were some kids standing outside of my apartment building and one of them said 'fuck you, fat body' and I totally ripped out my katana and he started crying and also wet his pants."
Mortal Enemy: Although Internet Badass has no natural enemies, he is nearly always confronted by someone willing to call his behavior idiotic or his outlandish story obviously untrue. 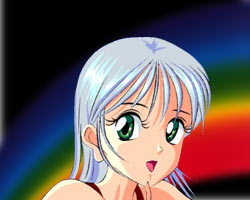 Real Life: Voted by the yearbook staff as "most likely to be date raped," the Internet socialite is probably female and probably an outcast.
The Internet: MySpace is the gateway drug to becoming an Internet Socialite. The less popular the Internet Socialite is in the real world the more she obsesses over the number of friends on her friends list, the number of hits to her blog, the number of fan art drawings of big-breasted anthropomorphic skunks people contribute to her site or the number of IRC rooms for which she has ops. She drinks in the attention of anyone who will give it to her and will probably, in a moment of lapsed judgment, hand out images of her doughy and exceedingly pale naughty bits to someone she trusts completely. Roughly thirty seconds later the images will be all over the Internet and Internet Males can soliloquize at length about how her vagina looks like someone with a hatchet wound did the splits on the floor of a barbershop.
Habitat: Internet Socialites germinate on MySpace and various girl only websites. They pupate in IRC and will eventually emerge from their cocoons, spread their wings and fly anywhere on the Internet where men will give them attention.
Defining Quote: "I didn't log on to MySpace for almost three days and when I logged on I only had 378 friends instead of 396. I'm not even going to check my Facebook at this point."
Mortal Enemy: Internet Socialite will feel victimized by Internet Male as well as Internet Gadfly, who will try to destroy any perceived popularity he might feel threatens his power. 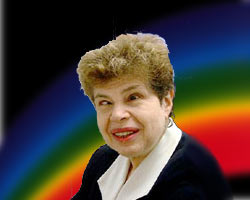 Real Life: Internet Gadfly shares a heritage with Internet Badass, but within Internet Gadfly, beneath a lot of insecurity, beats the heart of an arrogant prick. He is the sort of person who gets picked on, but gets through it by convincing himself that his intellect makes him superior to his tormentors. At some point this blurs until he is convinced that he is superior to nearly everyone.
The Internet: The Internet Gadfly is easily mistaken for a troll, but is actually far more pathetic and common than the troll. Whereas a troll is an artificial construct, the Internet Gadfly is desperate to invest himself emotionally in his attempts at disruption. The Internet belongs to him and how DARE you do something of which he does not approve. The Internet Gadfly will often initially seem benign, but he will soon attach himself to the power structure somewhere - on a forum, on IRC or even on Usenet - and then things will go horribly wrong. Internet Gadfly will begin griping constantly and pushing boundaries. He will eventually attempt to foment rebellion and, failing this, retreat to a sort of sub-community that exists solely to harass the community that exiled him. Fortunately, Internet Gadfly will find many outcast comrades to take up the cause with him.
Habitat: Anywhere he roams. The Internet Gadfly generally seeks out habitats that would seem appropriate for his interests and intellectual level, but Internet Gadflies can exist on a forum for teenage runaways or a forum for physics professors.
Defining Quote: "When you fail, and trust me, you will, I will be there waiting and laughing."
Mortal Enemy: Internet Gadfly's mortal enemies are those in charge of whichever community he has chosen to inhabit and their "mindless herd" of supporters.

I hope you enjoyed this educational edition of Something Awful. If you have any information you would like to share about other types of victims of the Internet Prism you can send me an email. The Internet Prism is evolving rapidly as more and more of the world joins the information age.