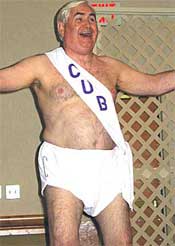 Now presenting the ravages of time.

However, there are a few things I regard so passionately that I feel morally obliged to write about them on a webpage that nobody really reads anymore, the most important of which is the extinction of VRML. I've always embraced the warm and wonderful concept of VRML, the technology which was predicted to make the Internet a truly wonderful world of the future full of rocketcars and moonboots. Many experts and other people who were paid by major college universities to wear neck ties proclaimed that VRML would revolutionize the way we process data, presenting a limitless amount of colorful information at our fingertips and various other parts of our body which we'd never admit to using on the keyboard. This would somehow all be possible by displaying red rotating cubes. Now I'm no Internet expert, so please pardon me if I cannot grasp the supremely complex set of theories and mathematical concepts behind VRML, but I will futilely attempt to explain this bewildering technology to you by comparing it to our current Internet:

With such cutting-edge graphics, it's difficult to tell what is reality and what is VRML.

With such a fantastic set of features powering this groundbreaking technology, it's difficult to imagine how VRML could've failed along with such promising intellectual accomplishments as The Cue Cat and DigiScents. I personally blame the either the Jews or the insidious reptile men from Venus. While this high tech concept may be lost to the eternal bitchslap of time, one can still encounter many products of its brief life cycle on the Internet, and I feel its our responsibility to address this. Sure VRML may be gone forever, but what are we supposed to do with the countless red spinning cubes and green cylinders that were spawned during its lifetime? We cannot consciously cast them aside and pretend as if they never existed; that may work on our grandparents or other elderly family members, but is simply unacceptable for VRML's glorious creations. This is why I have decided to start up a non-profit adoption agency called "Adopt-A-Cube," the first organization dedicated to finding responsible homes for the countless basic geometric shapes born during the days of VRML, objects which are currently homeless and have absolutely nowhere to go.

There are many benefits to adopting your very own red spinning cube or blue cone. If I were to attempt to list them all, your head would cave in while bugs and snakes scamper out of your eardrums like in "Halloween 3: Season of the Witch," so I will instead offer just a few of the many, many advantages you receive from participating in Adopt-A-Cube: 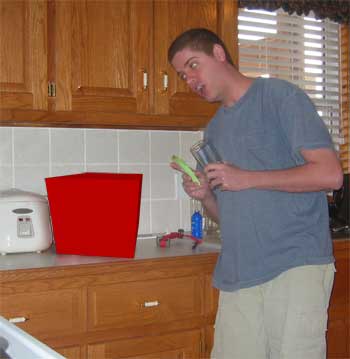 INTELLIGENT. No matter what you're talking about, the spinning red VRML cube has the patience to sit by and listen with an open ear. Just think about it; the VRML technology which spawned every spinning red VRML cube was supposed to be on the Internet, an exciting online world full of limitless data and information and the guy from "The Lawnmower Man II: Jobe's War." This conceptually means that each and every spinning red VRML cube has learned about nearly every subject in every single language on the planet, transforming it into not only the world's greatest friend, but additionally the world's greatest scholar. For some inexplicable reason, we've found that the spinning red VRML cubes are particularly well versed in Dragonball-Z quotes, Insane Clown Posse lyrics, and furry art. When you ask them a question, they usually reply by calling you a "fag," but perhaps it simply takes them a bit of time to know you. 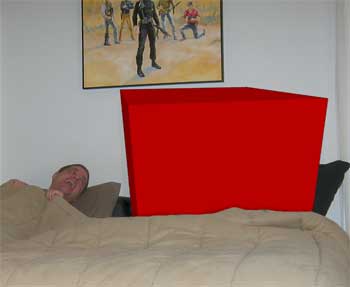 TRUSTWORTHY. Ever feel like you need a close and confidential friend to share your darkest secrets and brag about murdering that Federal judge? Well if you ever saw the movie "Murder By Numbers" starring Sandra Bullock, and according to statistics this doesn't apply to many of you, you're well aware that humans are lousy friends to share secrets with because they end up squealing to the cops. The spinning red VRML cube will not reveal your secrets to meddling outsiders or even meddling insiders. You can trust the spinning red VRML cube with virtually anything you tell it, knowing you can rest easy at night with such a true friend at your side. There's nothing more pleasurable than falling asleep next to a joyous rotating maroon Internet box as you share the warmth from inside your pulsating, throbbing loins. 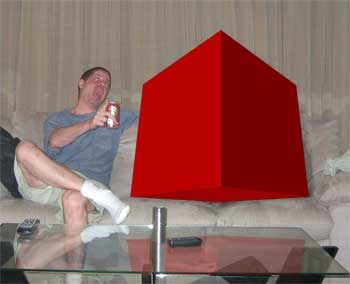 FRIENDLY. The spinning red VRML cube knows what its like to be a friend to the end. It will seamlessly adopt to your favorite hobbies and share the best of times at your side, always ready to partake in whatever exciting adventure you have planned. Do you enjoy rock-climbing? Well with a few (hundred million) simple lessons, your spinning red VRML cube will soon be accompanying you to scale the famous rock wall of whatever kind of stupid rock wall people climb and consider to be famous in some fashion. If you're not into the whole proactive type of pastime, then feel free to kick back and watch your favorite "Friends" DVDs with the spinning red VRML cube! You two will be enjoying Joey's side-splittingly hilarious comedic antics in no time! Oh Joey, you're such a card! When will you ever learn? 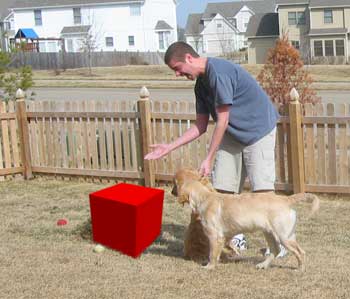 GREAT WITH PETS. Do you live in an apartment or a house controlled by time-traveling Martian Nazi crystal soldiers who have threatened to vaporize you if your pets get out of hand? Well probably not, because everybody knows the time-traveling Martian Nazi crystal soldiers got out of the real estate business years ago. However, the spinning red VRML cube gets along great with any type of pet, from dogs to cats to ferrets to chained up sassy broads who just don't know when to keep their fat mouths shut! You won't have to worry yourself to death every night, afraid that your precious ugly dogs Sloppy and Queen Cuddlenaps will engage in a vicious altercation with your spinning red VRML cube, as every shape born from VRML is a pacifist by nature. Well except for the orange spheres, but those guys are just plain assholes no matter how you look at it.

While VRML may be dead, its children and legacy live on, and it's our civic responsibility as loving, caring humans who feel very seriously about the Internet. If we don't do something about this problem, it may grow to epidemic proportions and eventually encompass the entire Internet in a swamp of spinning red cubes which read "CLICK HERE FOR FAMILY PHOTOS (MARCH 2001)." This is a fate I feel none of us deserve, so if we each do our parts and adopt an unused VRML geometric shape, I think we can make the world a better place.