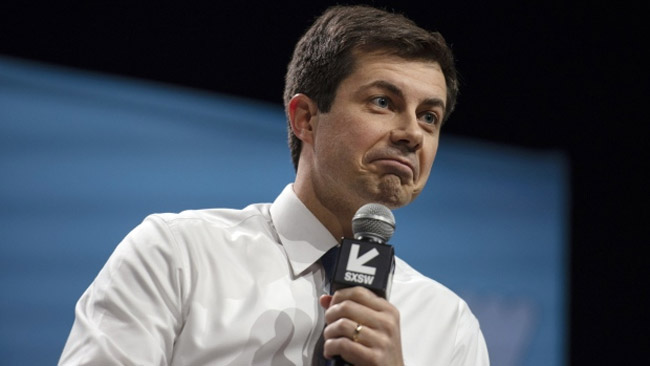 Mayor Pete Buttigieg has been released from the NDA held by consulting firm McKinsey & Company and has released a full list of the clients he worked for during his two-and-a-half years with the company. Some of these clients have already come under scrutiny, others are just now coming to light. Mayor Pete can expect them to be vetted by rivals and the media.
The Environmental Protection Agency - Mayor Pete spent four months contracting with the EPA to determine how to keep mine owners from being required to pay for the selenium from their mine tailings that caused 300 people in West Virginia to have their skin stop working.
Best Buy - Motivated sales associates to push extended warranties by enforcing strict quotas and threatening them with time in the "rat room" which was a room at every Best Buy store that contained 600 to 800 loose rats.
BlueCross/BlueShield of Michigan - Successfully determined which children should be taken off life support to cover the year's executive bonuses.
The Natural Resources Defense Council - Saved the NRDC over $6 million in one year by redefining "time" as a natural resource and convincing them to devote most of their efforts to "saving time" by placing a watch in a safe. As a result, one of the mountains in Yosemite was left un-defended and subsequently sold to China which is also a McKinsey client.
The United States Department of Energy - Saved untold millions by setting into motion a decades-long chain of incompetence and corner-cutting that may lead to a Chernobyl like event somehow happening at a solar farm.
The United States Postal Service - Determined that 95% of people won't even know they didn't receive a letter, allowing the post office to save billions by dumping all mail other than Amazon boxes and political mailers into sewers.
Boston Dynamics - Mayor Pete served as the junior assistant who shoved robots. He was the only consultant working for the engineering firm that managed to be bitten by one of the robot dogs.
The Make a Wish Foundation - Mayor Pete's work for McKinsey entailed reading the wishes of terminally ill children and then saying, "Ha, I don't think so!" as he wadded up their wish and threw it at a trashcan. He would then say, "Booya! Nothin' but net!" whether or not the paper went in the trashcan.
ArmaLite, Inc. - The manufacturers of the AR-15 were advised by Mayor Pete to announce they were discontinuing the AR-15 and then, when things quieted down, release the AR-16 which was identical.
Loblaws, a Canadian supermarket chain - Mayor Pete helped to make bread cost $9 per hotdog bun, forcing thousands of Canadians to eat hotdogs in tacos, which is now called the "Canadian taco" and is known as the best Latin American food in Canada.
The American Society for the Prevention of Cruelty to Animals - Successfully sued in Alabama to have fish declared as people so that it was alright to beat them up with sacks of bricks and doorknobs. Just really beat the shit out fish. They're people, who cares?
Will this record of questionable work for clients at McKinsey haunt Mayor Pete or damage his campaign? It's hard to say at this point, but judging by his supporters enjoying the High Hopes dance, probably not!