Introducing the Xbox Wii U

This is the new Xbox: 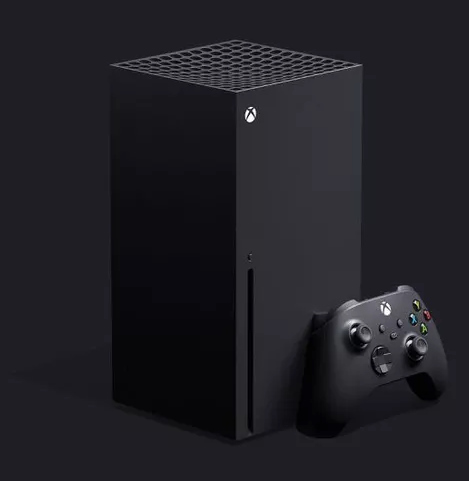 People are making fun of the way it looks. Not surprising. Outside of Something Awful the internet tends to be pretty judgmental. Sure, the primary source of inspiration for the new Xbox's design was clearly a box of saltine crackers, but I'm into it. Lay that thing on its side on a shelf below a sound bar and you've got... well you've got two long rectangles near one another. Seems like a nice enough thing to have.

So what did Microsoft name this new Xbox, their follow-up to the Xbox One X? Xbox Series X.

Hey, do you remember when Nintendo had the Wii? And they followed it up with something called the Wii U? And the names were so similar that most normal people who didn't read video game news didn't realize it was a new console at all?

Because for some reason I do remember that. Just wondering if you remember it too.

According to Microsoft, the name has a very clear meaning. Xbox will supposedly be the name of the platform from now on - not Xbox One or Xbox 360 or Xbox 4/5 - so in three generations it will still just be Xbox. Like iPad. This is super dumb.

Series X is the designation that tells you this is the more expensive version of the Xbox. Xbox Series X. Like iPad Pro. This is also super dumb.

The unannounced less powerful Xbox will probably be called the Xbox Series S. Like the Xbox One S. This would complete the super dumb triple play.

Clearly defined console generations are important. A new system comes out every 4+ years, and your box plays games exactly the same as everyone else's. There's a before and an after, and the games fit neatly in between. That simplicity is what makes consoles so appealing. If you smudge your consoles into one continuous dookie streak (with mid-generation upgrades to further confuse things) simplicity will go right out the window. The excitement surrounding the launch of a new generation will disappear like Start and Select buttons.

By the way, BRING BACK START AND SELECT you animals. You godless heathens. Why were they replaced with meaningless lines and geometry? 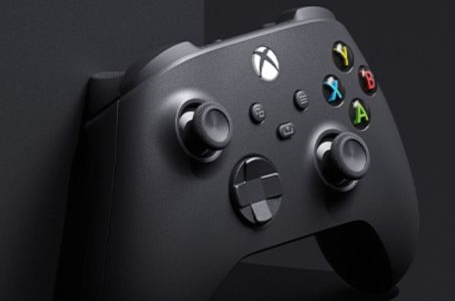 The new Xbox controller will not bring back Start and Select. In fact, it has a new Share button, signified by a line with little vertical lines at each end and another line above it. Not to be confused with that other button with three lines. Or that other button with eight lines creating two overlapping squares.

How powerful will the Xbox Series X be? Microsoft boasts that with its 12 TERAFLOPS (WOWO!) of compute power, 16GB of RAM, and NVMe SSD, the console will be capable of running games at 120MHZ. Which means that most games will be crammed full of shaders and effects until they hit a nearly steady 30 frames per second.

Will you get an Xbox Series X when it comes out next year? I will because, well, I'm a hopeless dumbass and I eventually buy every system. But there are two reasons why I'm leaning towards picking one up before the PlayStation 5:

1. It will be backwards compatible with all previous Xbox generations. This means you could play Advent Rising, Too Human, and Fallout 76 on one machine. Incredible.

2. The concave top grill sort of looks like a Marble Madness level. 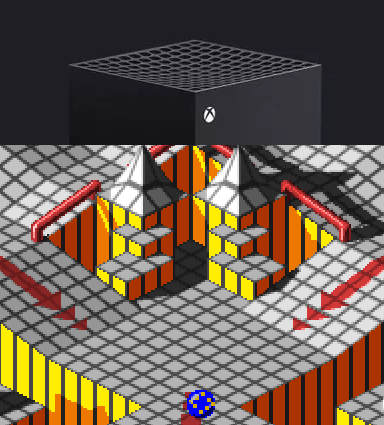